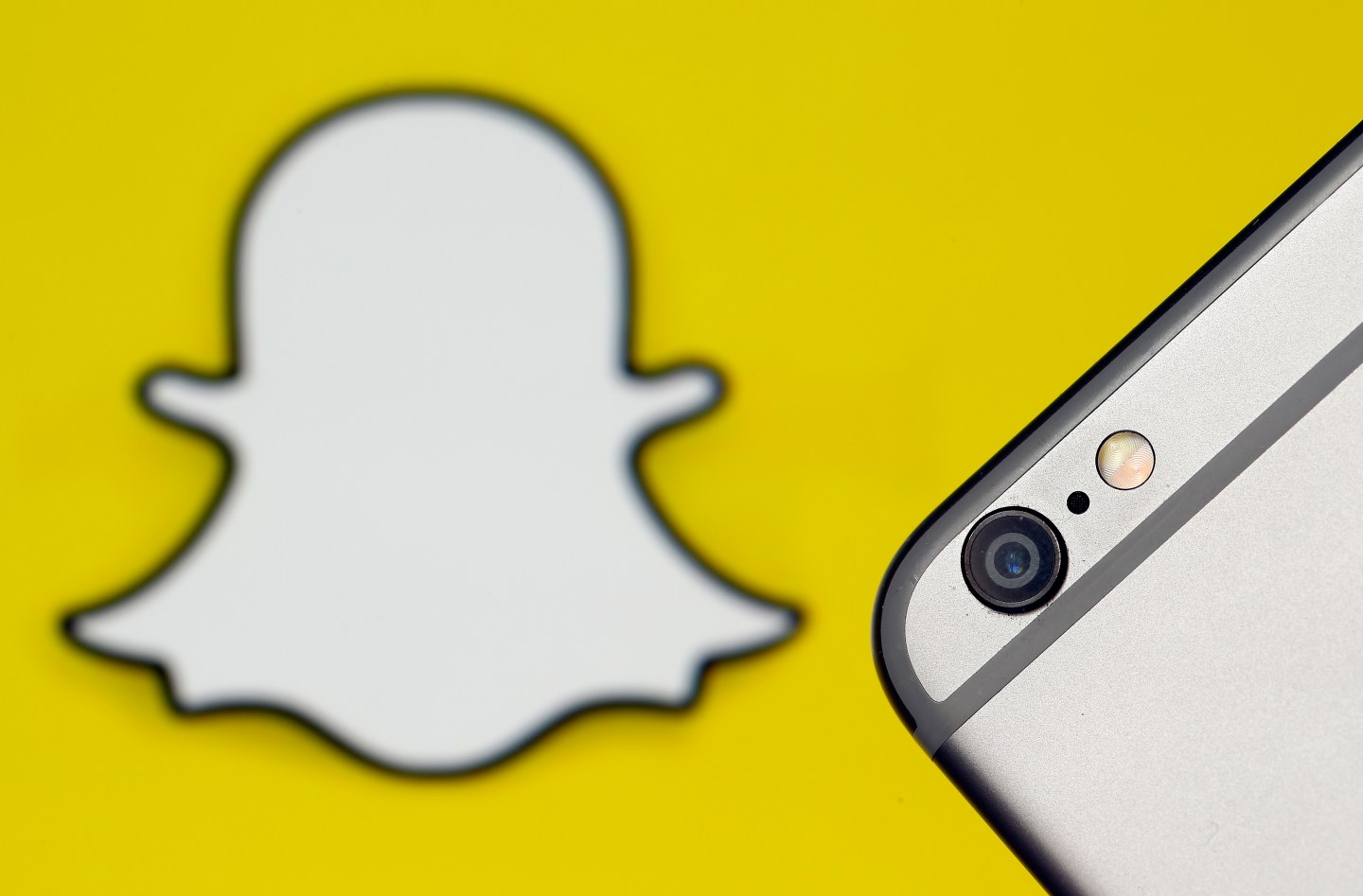 PARIS, FRANCE - MAY 12: In this photo illustration the logo of Snapchat is displayed on a computer screen behind the camera lens of an Apple iPhone 6 on May 12, 2018 in Paris, France. Faced with the anger of dissatisfied users, the Snapchat application has canceled certain changes, announced at the end of 2017, in the presentation of the application, announced its parent company Snap Friday. Snap, which accumulates the financial losses, announced last November a redesign of this app popular with teenagers to attract new users and advertisers. Snapchat is a free photo and video sharing application available on iOS and Android mobile platforms from Snap Inc. (Photo Illustration by Chesnot/Getty Images)
Chesnot/Getty Images

Snap appears to be laying the groundwork for a partnership with e-commerce giant Amazon.

According to TechCrunch, a version of Snapchat being developed for Android phones includes code for a new feature called “Visual Search” that can use Snapchat’s camera to send images of a product or a barcode scan to Amazon, which then display search results.

TechCrunch spotted source code in the Snapchat app that included pop-up text reading, “Press and hold to identify an object, song, barcode, and more! This works by sending data to Amazon, Shazam, and other partners.”

Snap already has a similar partnership with Shazam, in which songs captured through Snapchat’s camera can be relayed to Shazam’s music database. The feature allows users to discover artists through Shazam and then follow them on Snapchat.

Visual and barcode search is not new for mobile apps. Amazon’s own app includes a barcode scanning feature. In early 2017, Pinterest introduced its Lens feature, which uses artificial intelligence to identify objects and bring up images of similar or related items. Last fall, Pinterest announced an advertising agreement with Target and its Lens feature.

Snap has been struggling to boost its revenue following its 2017 IPO. In its most recent quarter, Snap’s revenue of $150 million fell short of Wall Street’s expectations. Snap’s stock closed at $13.65 a share Monday, below its $17 a share offering price.