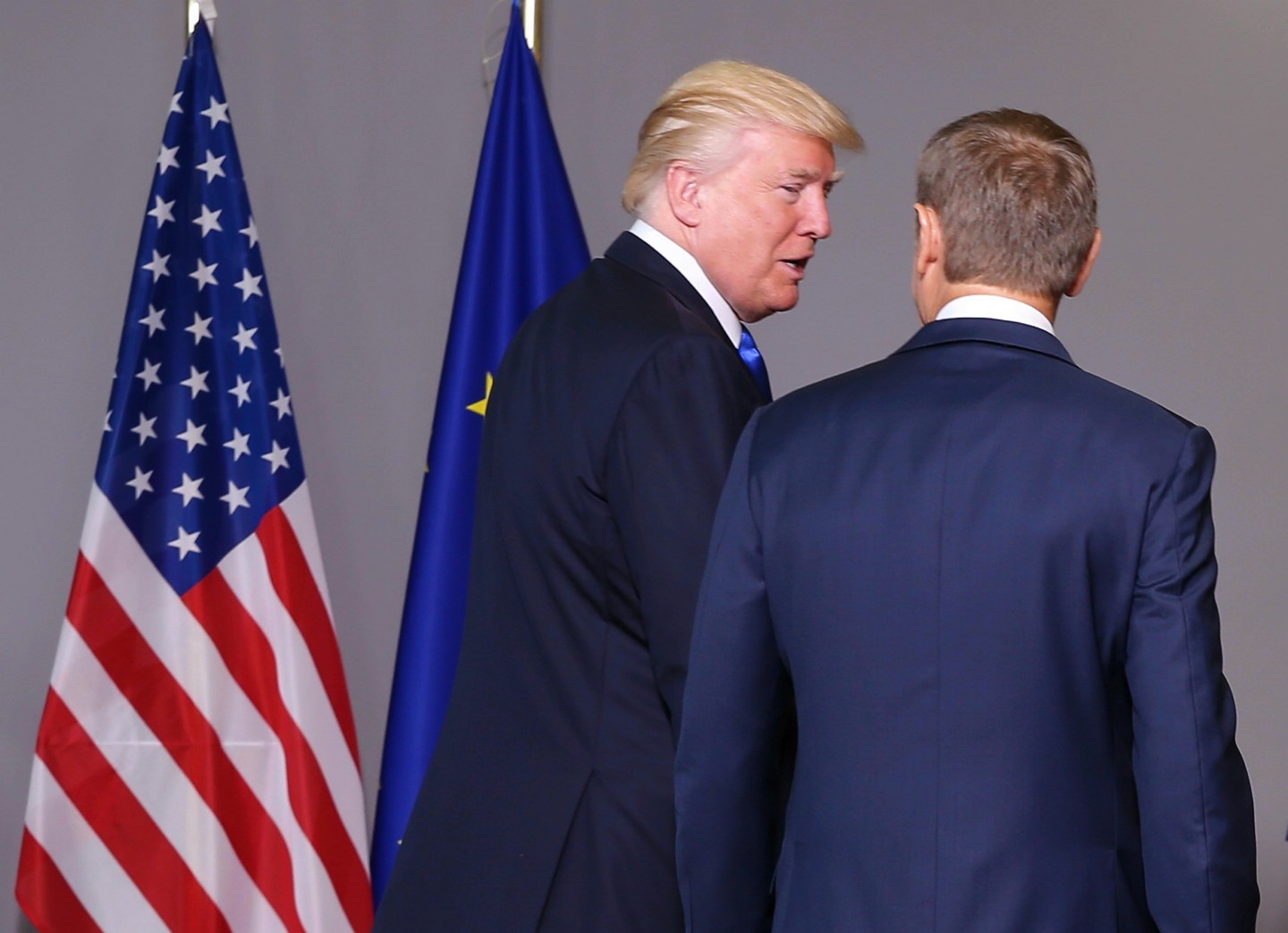 Last month, President Trump opened yet another front in his tense relations with some of America’s closest allies, firing off terse letters admonishing Germany, Belgium, Norway, Canada, and others, warning them that the U.S. is losing patience with their failure to meet their security obligations under the NATO alliance.

The president’s blunt message and scathing remarks have been met with a mix of hand-wringing and outrage at home and abroad. Trump’s detractors, however, would do well to separate the message from the messenger and recall that the longstanding debate over NATO burden-sharing—defense lexicon for the division of responsibilities within the alliance—is as old as the alliance itself. Furthermore, the world may well need the engagement of the non-American NATO allies more today than ever with rising global threats—mass migration, the rise of cyber warfare, and a persistent terrorist threat in an unstable Middle East—coupled with an unpredictable and seemingly isolationist partner in Washington.

From its founding, NATO has operated on the principle of collective defense: “An attack on one is an attack on all.” Although this provision has only been invoked once—in response to the terrorist attacks of September 11—the strength of the military alliance was credited with helping deter conflict with the Soviet Union from NATO’s inception in 1949 through the collapse of the Soviet Union in 1991. Today, we see NATO allies supporting military operations in Afghanistan, air-policing missions in Africa, carrying out relief operations, and protecting populations against natural and humanitarian disasters around the world.

To finance these collective operations, and to demonstrate a unity of purpose and resolve, alliance members agree to set respective national defense spending at 2% of GDP. Currently, only five of the 28 NATO allies meet or exceed that target.

At one time, the military imbalance between the United States and its NATO allies was seen as fiscally convenient for America’s allies and politically desirable for some policymakers in Washington for the status and influence it afforded the U.S. abroad. When the U.S. emerged from the Cold War as the world’s sole remaining superpower, Washington wielded its military authority to not only promote peace but to exploit global prosperity. In those days, America’s allies routinely castigated the United States for being unilateralist and interventionist, and Washington criticized the allies’ free-riding tendencies. But governments on both sides of the Atlantic were happy to allow that debate to remain at a low boil, as the U.S. and its foreign allies reaped financial and security rewards of American leadership.

Upsetting this clever balance may now make some sense to certain parties, but getting what they wish for may not yield desired outcomes. For Washington, increases in allied defense spending will not necessarily allow for immediate cost savings within the U.S. defense budget. Citing increasing threats from China and Russia, as well as the need to maintain technological superiority against America’s competitors, the Pentagon asked for up to $686 billion from Congress for a major boost in military spending for 2019, one of the largest defense requests in U.S. history. It is difficult to imagine Washington reducing its own defense investments in the face of perceived threats because Luxembourg and Iceland are boosting defense expenditures. In short, American defense spending, even vis-à-vis its closest allies, is not zero sum and will not produce the savings to the U.S. taxpayer that the president is promising. Meanwhile, the current breach with our closest allies will surely erode America’s ability to lead.

Likewise, America’s NATO partners who have long complained about a unilateralist and interventionist America big-footing its way across the globe may have an incentive to scale up spending, as they began doing in 2015. Continued U.S. preponderance in multilateral operations abroad ultimately reduces the influence of American allies in when and how those operations are conducted. It also lessens the prospects that future American-led operations—like the response to the 9/11 terrorist attacks—will receive enough international backing to gain strong legitimacy in the eyes of the global community. Perhaps most importantly, as Washington becomes a seemingly less reliable partner and Russia and China become more assertive, those same NATO allies will have new incentives to fill the gap and prevent backsliding against their values around the globe.

The president has been accused of using this issue to stoke a public backlash against engagement and in favor of isolationism. Based upon the experience of the period between the two World Wars, a disengaged America is neither in the best interest of the country nor the world, but neither are over-reactions to undiplomatic rhetoric around a longstanding alliance debate. In an uncertain world, every NATO partner must help share the burden to defend the global international order from which we all benefit.

Brian Finlay is president and CEO of the nonpartisan Stimson Center.