2 Popular Twitch Streamers Banned for a Month Over Hate Speech 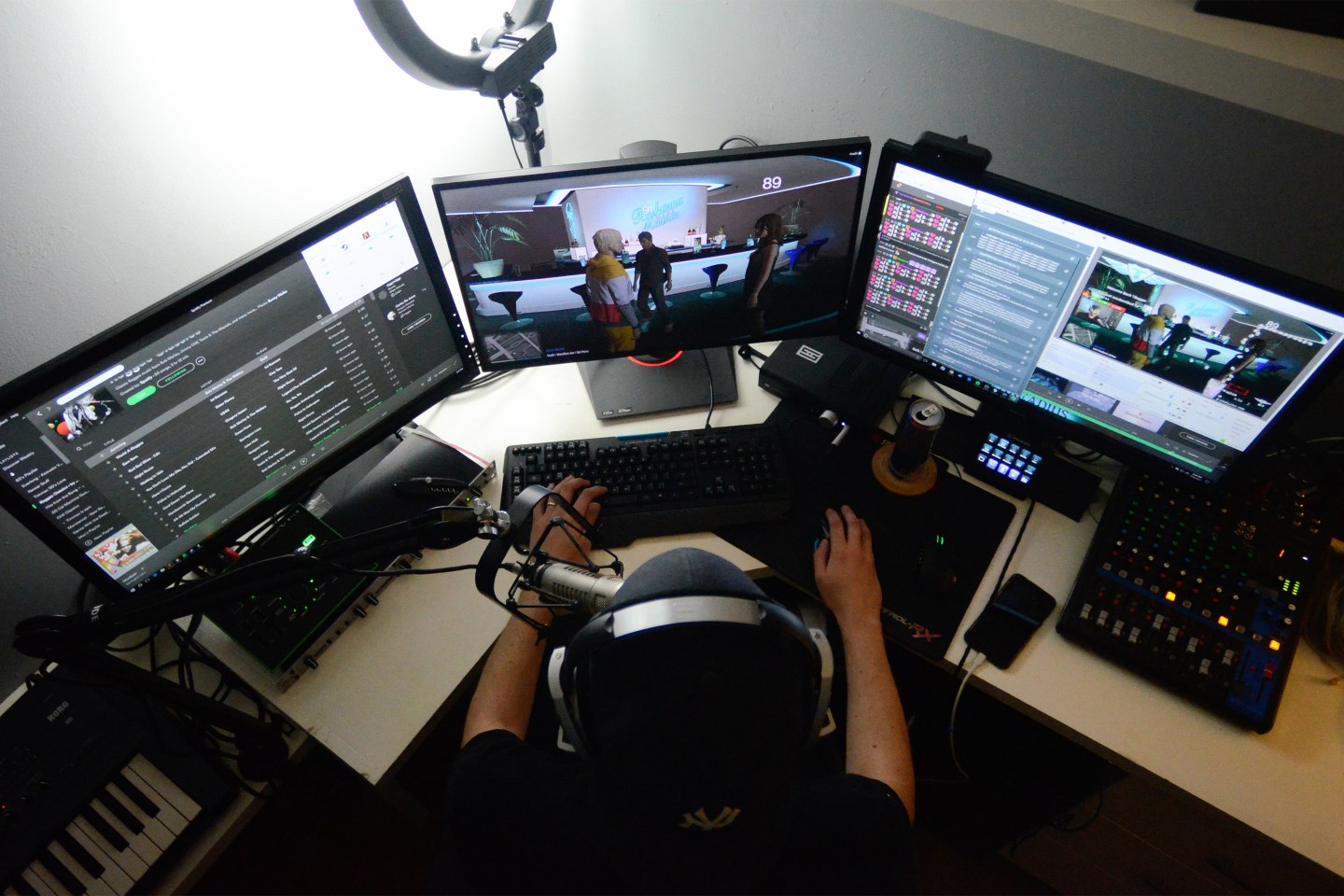 Tim Macrae interacts with people all over the world during his gaming broadcast on Friday night. Macrae started off with his stoner inspired character "Shaggy McDankWeed". Tim Macrae is a professional gamer who broadcasts live each night via Twitch where thousands of people tune in to watch. Tim interacts with around thirty other broadcasters in a modified Grand Theft Auto gaming platform and people tip him as he plays. Photos made at Tim's residence on July 28, 2017. (Alex Kormann/ Charlotte Observer/TNS via Getty Images)
Charlotte Observer—TNS via Getty Images

Amazon-owned Twitch is cracking down on offensive user conduct, banning two of its biggest names from the live streaming video platform for a month.

Full-time streamers Destiny and m0E have been given a 30-day ban from the site for recent homophobic, violent, ableist, and racist statements they made during their gaming streams, according to Polygon. They can not appear on the platform at all during that time, thus halting their earnings on the site.

Destiny was banned previously from the site in January, that time for seven days, for threatening another streamer. His fans said that the threats were a joke, but Twitch’s community guidelines state that dark and controversial jokes must be clearly defined as such.

M0E responded to the ban on Twitter, apologizing for his use of a homophobic slur on his channel.

I want to say sorry for anyone i offended with the word i used. My intent was never hate filled.If you know me at all you would know that homophobia is one word that has never been associated with me before. I promise from now on to hold myself to a higher standard.

Since Twitch updated its community policies in February, the company has been enforcing stricter guidelines to make Twitch a safer and more comfortable community for all users.

MoE and Destiny are not the first to receive bans from Twitch in its effort to remove hate content from its site. In March, Kotaku reported that streamer Hyphonix received his tenth temporary ban, that time for brief and minor nudity. In May Hyphonix tweeted that he was permanently banned, and moved over to YouTube.

PERMA -> YT
Permanently banned on twitch.
Will start streaming tomorrow on Youtube
doing so much content that iv never been able to do.
POGGERS https://t.co/OuGzZ6MFHm

Alfie, Hyphonix’s roommate and fellow Twitch streamer, received a ban in June for streaming copyrighted music on his feed and another on Monday for a chat containing hateful content. Newsweek reported in May that Fortnite streamer Turner Kenny, known as FaZe Tfue on Twitch, received a 30-day ban for using a racial slur in reference to another player. His sentence was eventually reduced to seven days.