When American Watches Rivaled the Swiss 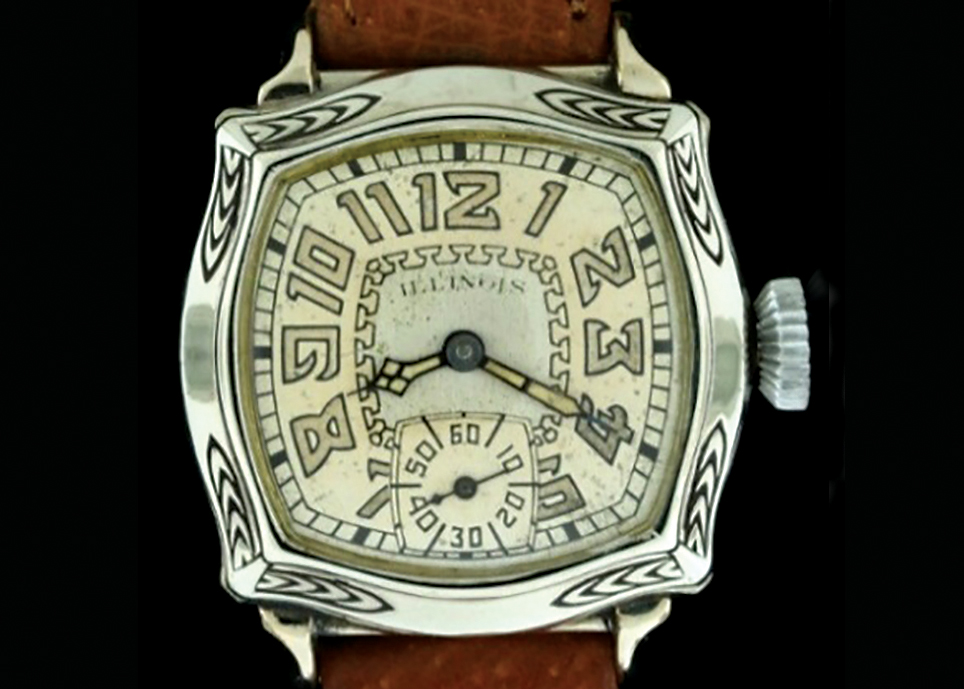 It is not easy for addicts to write objectively about their dealers. But Fred Friedberg is essential to any story about my “drug of choice” – vintage Illinois watches from the 1920s and 1930s.

Fred has bought and sold thousands of these iconic beauties over the years, including several dozen to me in the past decade. Other collectors include actor Malcolm McDowell and television producer Greg Hart.

Looking at today’s luxury watch market, dominated by European manufacturers such as Patek Philippe, Rolex, and Omega, it is easy to forget there was a time when American manufacturers rivaled the Europeans. Cincinnati’s Gruen and Geneva’s Rolex both bought their movements from the same source, Jean Aegler. Hamilton, based in Lancaster, Pa., introduced an art deco line, with watches costing as much as $125. Elgin, Waltham, and Bulova also produced quality watches.

The Illinois watch, however, was in a league of its own. Founded in 1870 in Springfield, Illinois, the company produced America’s most interesting art noveau, art deco, and pre-modern watches from 1919 through the 1930s, when Hamilton, which had bought the brand in 1928, stopped producing them. During those years, Illinois produced more than 180 men’s and women’s models, many with multiple case and dial variations.

Friedberg, 73, researched and wrote his books in Irvine, California while serving as general counsel and a top executive at Toshiba America Medical Systems Corp. He began collecting watches himself in 1988 after seeing some for sale in small shops in Washington, DC and in New York.

Friedberg’s five-volume opus is remarkable. In addition to including 1,800 images of Illinois watches, he lists over 24 pages of movement serial numbers and other dates.
Signed copies of the box set can be bought for $175 on Friedberg’s website. Fred says all proceeds will go to charity. His site also lists more than 100 watches for sale, with prices ranging from $250 to $7,000.

Norman Pearlstine is executive editor of the Los Angeles Times. He was formerly chief content officer of Time Inc. and Bloomberg LP.