Trump Has Blocked the World’s Biggest Mobile Network Operator From the U.S. on National Security Grounds 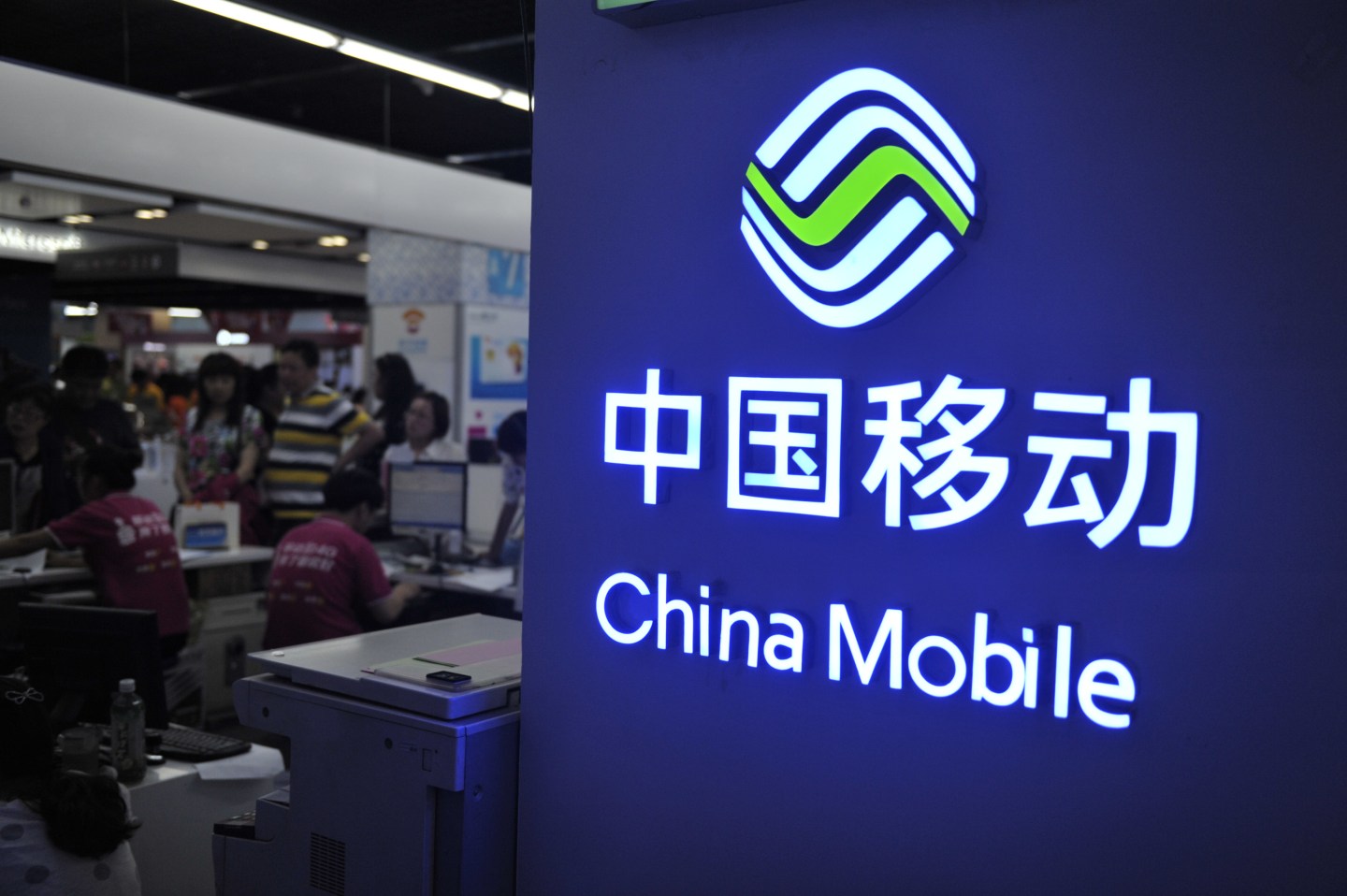 --FILE--Chinese employees serve customers at a branch of China Mobile in Nanjing city, east China's Jiangsu province, 6 June 2015. China Mobile, the country's largest wireless carrier, is asking top executives and their families to sign letters promising to help in the fight against corruption, the company said on Wednesday, as part of the government's battle against deep-rooted graft. China's anti-corruption investigators pledged earlier this year to begin scrutinizing China Mobile Ltd and China Telecom Corp Ltd after a probe into China Unicom Hong Kong Ltd ensnared several high-ranking executives. In a statement carried on the Communist Party's anti-graft watchdog's website, China Mobile Communications Corp [CHNMC.UL], the parent of the Hong Kong-listed firm, said that for the last four years, April had been dedicated to anti-corruption education. Executives have been taken on prison visits and to listen in on court cases, and there have been 1,373 educational film showings, the company said.
Photograph by AP

The world’s biggest mobile network operator, China Mobile, probably won’t get to enter the U.S. market after the Trump administration moved to block it on national security grounds.

China Mobile (CHL) is a state-owned enterprise with almost 900 million subscribers, and there is currently no shortage of distrust in the U.S. regarding Chinese companies with ties to the state, particularly in the telecommunications arena. American lawmakers have, for example, described the phone-makers Huawei and ZTE (ZTCOY) as “a severe national security threat.”

So it goes with China Mobile. Some seven years after the company asked the Federal Communications Commission (FCC) for a license to carry voice traffic in and out of the U.S.—something that would require connecting U.S. telecoms networks to China Mobile’s network—the White House effectively closed off the possibility with a negative recommendation.

“In the current national security environment, it is the view of the Executive Branch, after consultation with the U.S. intelligence community and after consideration of additional information submitted by the applicant, that China Mobile’s application does not serve the public interest,” the Commerce Department’s National Telecommunications and Information Administration (NTIA) division, which advises the president on such matters, said in a filing to the FCC. “To the contrary, the authorization would pose substantial, unacceptable national security and law enforcement risks.”

As for why it took this long to grapple with an application lodged back in 2011, telecoms trade publication Broadcasting & Cable said “an NTIA source cited bureaucracy and due diligence.” The NTIA’s filing certainly makes it clear that the U.S. had national security concerns about China Mobile all along, for years before Trump ascended to the presidency.

However, the timing makes it likely that the China Mobile block will fuel the burgeoning trade war between the U.S. and China, which was partly precipitated by Trump’s assertion that the Chinese are trying to take advantage of the U.S. via espionage and technology theft.

The NTIA’s filing noted that, were China Mobile to get its “common carrier” license, it would gain more access to U.S. telecoms network infrastructure—from cables to satellites—that “was created with minimal security features because it was assumed that only trusted parties would have access.”