Bitcoin Futures Killed the Bitcoin Rally (and Will Keep It from Returning), Economists Say 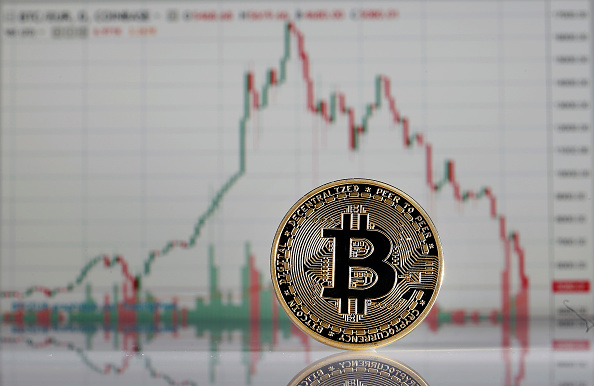 The cryptocurrency Bitcoin displayed in front of a price chart on the website of cryptocurrency exchange Coinbase earlier this year.
Chesnot—Getty Images

Predicting the future direction of Bitcoin and other cryptocurrencies has often proved to be a fool’s errand. One explanation cited by some economists for this year’s collapse in digital currency prices also suggests that a major Bitcoin rally may not return for a while.

An article written by noted Japanese economist Yukio Noguchi last week has been circulating among Bitcoin enthusiasts. In it, Noguchi argues that the turning point in the Bitcoin rally coincided with the introduction of a Bitcoin futures market in the United States.

Noguchi’s argument echoes one made in May by economists at the Federal Reserve Bank in San Francisco in a paper titled, “How Futures Trading Changed Bitcoin Prices.”

Bitcoin has lost two thirds of its value since mid-December, following a huge rally that brought its price close to $20,000. Despite the decline, Bitcoin is still worth more than 10 times what was only two years ago.

People who have made fortunes on Wall Street or spent their careers studying investing have tended to be skeptical of Bitcoin. Billionaire Warren Buffett scorned it as “rat poison squared.” J.P. Morgan CEO Jamie Dimon advised Bitcoin investors to “just beware.” Economist Nouriel Roubini called it the “biggest bubble in human history.”

None of this has discouraged Bitcoin’s most ardent supporters. Nonetheless, the decline in the most actively traded cryptocurrencies over the past six months has left some wondering whether their prices will return to their elevated levels anytime soon.

all comeUnlike blanket proclamations the cryptocurrencies are doomed, economists pointing to the futures markets as a reason for the recent declines aren’t arguing against the potential for blockchain technology to bring efficiencies to the financial and other industries, but are pointing to new financial instruments that have a record of popping recent notable financial bubbles.

The Fed economists point to the housing bubble of a decade ago, which was driven by financial innovations such as securitization of mortgage debt. “The subsequent bus was driven by the creation of instruments that allow pessimistic investors to bet against the housing market.” The introduction of stock-index futures in Japan in the early 1990s also helped accelerate the deflation of the Tokyo stock bubble.

Bitcoin mania has brought awareness of cryptocurrencies into the mainstream, yet many potential investors are holding out, along with big institutions that are active in traditional securities on Wall Street. Many smaller, lesser-known tokens have become effectively worthless, or are close to reaching that point. The declines have drawn parallels with the collapse of the dot-com bubble in the early 2000’s.