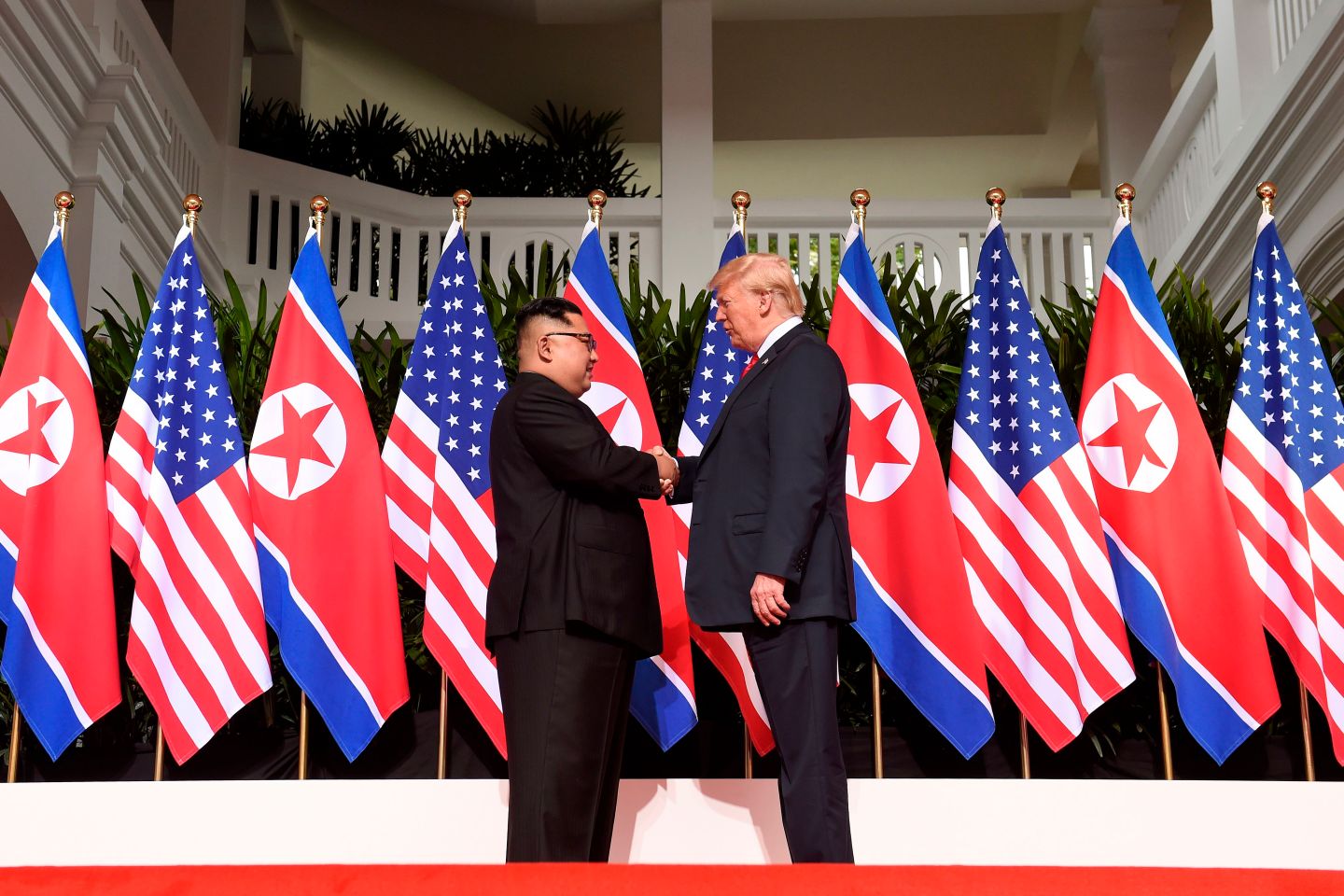 The NBC report quoted U.S. officials who said they believe that North Korean leader Kim Jong Un may try to hide those facilities as he seeks more concessions in nuclear talks with the Trump administration.

NBC said the intelligence assessment, which had not previously been reported, seemed to counter the sentiments expressed by President Donald Trump, who tweeted after his historic June 12 summit with Kim in Singapore that there was no longer a nuclear threat from North Korea.

“Analysts at the CIA and other intelligence agencies don’t see it that way, according to more than a dozen American officials who are familiar with their assessments and spoke on the condition of anonymity,” NBC reported.

“They see a regime positioning itself to extract every concession it can from the Trump administration — while clinging to nuclear weapons it believes are essential to survival,” NBC said.

The White House declined to comment on the report late Friday night.

U.S. Secretary of State Mike Pompeo and South Korean Foreign Minister Kang Kyung-Wha on Friday discussed the next steps following the Singapore summit. The Financial Times reported that Pompeo hopes to visit Pyongyang in the second week of July.

“There was a delay, but I think he has now got the agreement to go,” Victor Cha, a former director of Asian affairs at the National Security Council, told Britain’s the Guardian newspaper.

“They have to put meat on the bones of the Singapore statement. Pompeo is under pressure to get something before August, when the exercises were going to start,” Cha, now at the Center for Strategic and International Studies, was quoted as saying.

The report about North Korean nuclear activity comes a week after U.S. Defense Secretary Jim Mattis suspended the Ulchi Freedom Guardian exercises as well as two other war game operations with South Korean armed forces that were scheduled to take place over the next three months.

For years, Pyongyang has repeatedly and routinely condemned the exercises as a hostile act.

The statement signed by Trump and Kim in Singapore didn’t spell out specific commitments from Pyongyang aside from working toward the “complete denuclearization of the Korean Peninsula,” a promise that the North Korean government has repeatedly made and broken since the 1990s.

Trump was criticized over the pledge to suspend the military exercises without securing verifiable commitments on North Korea’s plans to eliminate its nuclear weapons program.