Freaked-Out Americans Are Desperately Seeking Escape From the News 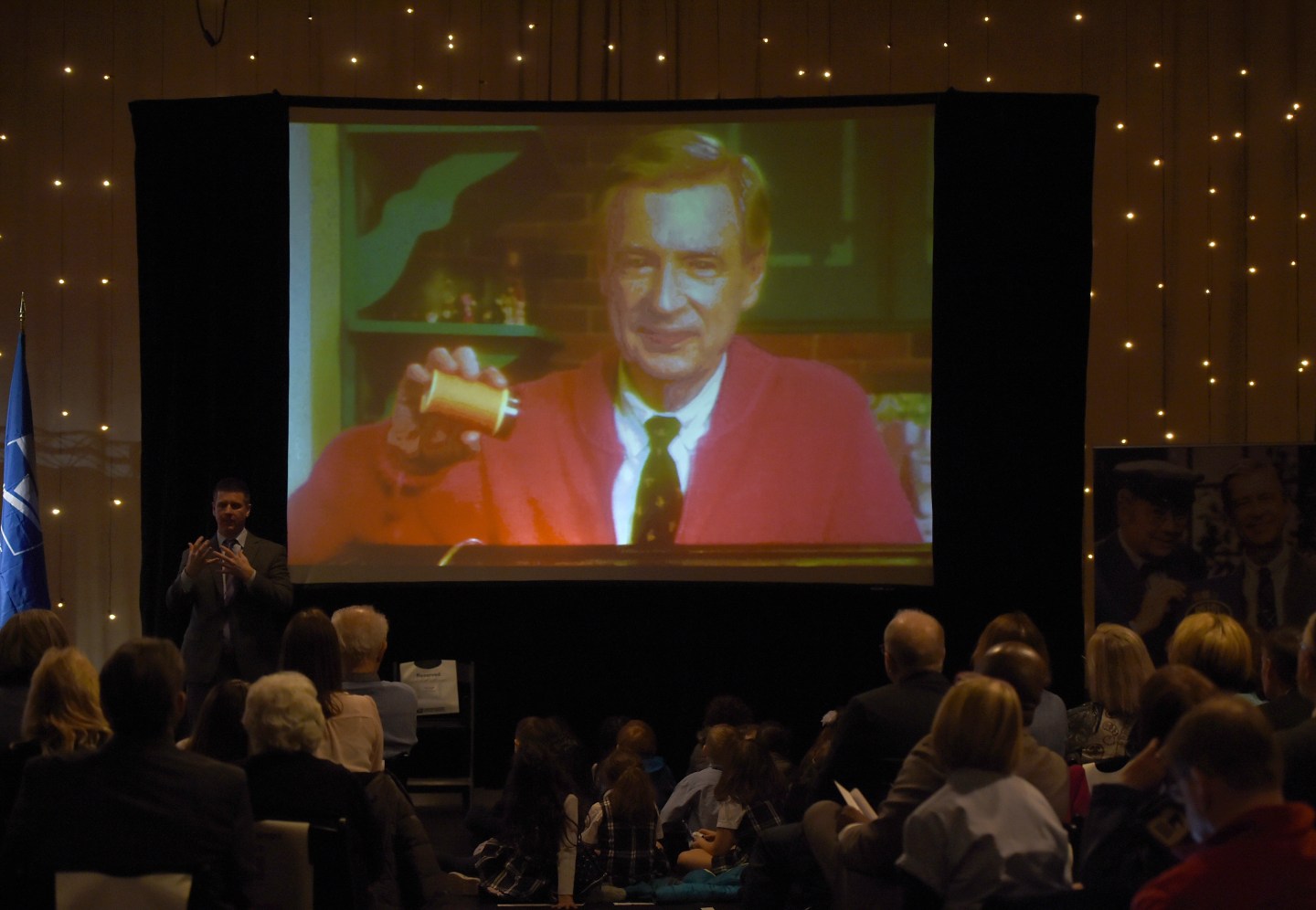 Last week, Jen Wrenn, a children’s literacy advocate in San Diego, attended her first political protest after reading about the Trump administration policy of separating small children from their immigrant parents at the border.

She had heard ProPublica’s audio of a little girl crying in the border camp and decided to do something about it. She shouted. She marched. And afterward, she decompressed by watching the Mr. Rogers documentary, “Won’t You Be My Neighbor?”

“As soon as I hear the theme song, my blood pressure goes down,” Wrenn said. “I think that kind of calm is what we all crave mentally right now.”

The film about Fred Rogers, the beloved figure of American childhood, has made $4.9 million at the box office since it opened on June 8—more than 20 times the typical haul for a documentary. In interviews, director Morgan Neville paints the documentary’s success as indicative of our times. “We’re in this period in our culture where I feel like nobody wants to be an adult anymore,” Neville recently told Deadline. “A character like Fred takes us back to how we should treat each other.”

Last fall, the American Psychological Association found that almost two-thirds of Americans listed “the state of the nation” as their primary source of stress, above both money and work. More than half believed that America was at its lowest point in history. Almost 70 percent of all Americans feel a sense of “news fatigue,” according to the Pew Research Center. The nation’s emotional exhaustion even makes an appearance in a recent Enterprise Rent-A-Car survey: When the company surveyed more than 1,100 Americans about their summer travel plans, the top three reasons given for traveling were stress, the news and the political climate.

“Just this morning I had a guy come in who is so distracted by the news that he can’t get his work done,” said Jonathan Alpert, a New York psychologist. “The levels of anxiety and stress I’m seeing are profound.”

Those heightened stress levels are reflected in Americans’ chosen leisure activities. Megan, a web developer in Nashville, has started rewatching “Parks and Recreation” because it’s about goofy, goodhearted people in politics. Jessica, a landscape architect in Boston, tunes out the news with obscure documentaries about the history of toys and cars. Dan, an editor in New York, now watches home renovation shows instead of the news while on the treadmill at the gym. And Rachel, a system designer in Massachusetts, loves “Aerial America” on the Smithsonian Channel.

Calm, a meditation app, said it’s averaging about 50,000 new downloads a day, up from 40,000 in December. Kampgrounds of America (KOA), the largest organization of private campgrounds in the U.S. and Canada, reports that about 4 million people have started camping since 2016, including an unprecedented number of people of color. Discovery Inc., which owns guilty-pleasure networks HGTV, Food Network and TLC, has seen a 12 percent increase in the time viewers spend watching its networks since the 2016 election; the average is now 1.5 hours.

“We hear all the time that people use us to bring their anxiety levels down,” said Kathleen Finch, Discovery’s chief lifestyle brands officer.

Jess Aguirre, head of research at the Hallmark Channel, agrees. “When we asked people why they watched Hallmark, we used to hear things like ‘I want an escape,’” he says. “Now it’s ‘I want to be reminded that there’s still love in the world.’”