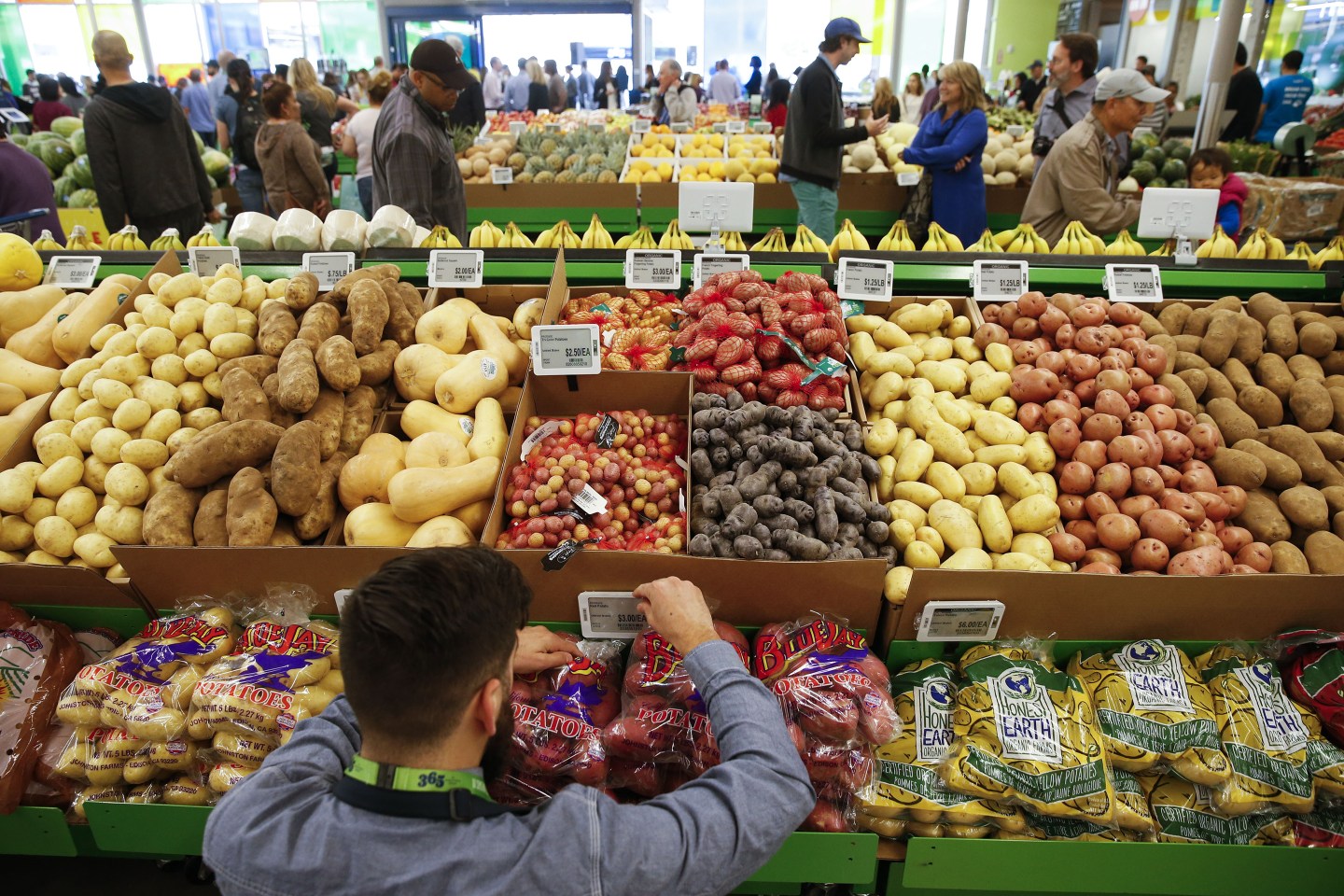 An employee arranges a digital price tag for vegetables on the opening day of the 365 by Whole Foods Market store in the Silver Lake neighborhood of Los Angeles, California, U.S., on Wednesday, May 25, 2016. Whole Foods Market Inc., plans to open 10 of the grocery stores in 2017 with a focus on everyday low prices and convenience. Photographer: Patrick T. Fallon/Bloomberg via Getty Images
Patrick T. Fallon—Bloomberg via Getty Images

Genetically engineered food is a controversial topic. But research shows that mandatory labeling of genetically modified organisms in food products may actually improve consumer attitudes toward GMO foods, according to a new study published in the journal Science Advances.

When consumers actually encountered disclosure labels on GMO foods, their attitudes towards those foods improved, according to the study co-authors, economists Jane Kolodinsky and Jayson Lusk. In fact, Kolodinsky and Lusk found that mandatory labeling led to a 19% reduction in opposition to GMO foods.

The study focused on consumers in Vermont, where four years ago, the state passed a mandatory GMO labeling law. That state law, which was passed without a ballot measure and took effect two years ago. That, in turn, paved the way for a national GMO labeling bill signed by President Obama, the details of which are being hashed out by the U.S. Department of Agriculture and Congress this year.

The study authors also noted that their research could more generally be applied to understanding the psychology of consumers’ risk perceptions and may be useful in “communicating the benefits and risks of genetic engineering technology to the public.”