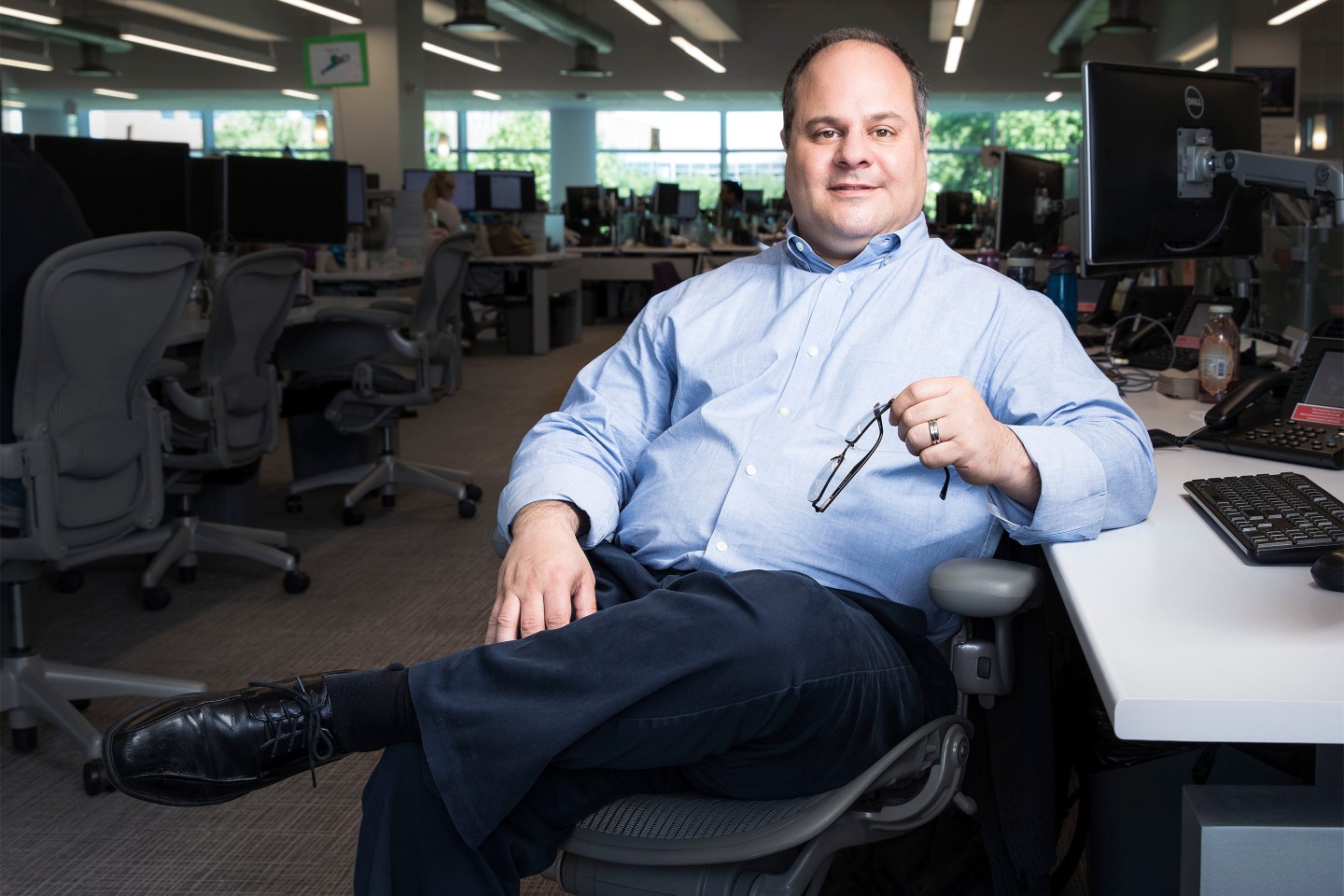 Anthony Moffa, a software engineer at Chase, was diagnosed with autism at age 48.
Colin Lenton for Fortune Magazine

IT’S HARD getting a job when you’re autistic. If you don’t look people in the eye when you talk, they dismiss you.

Social interaction and communication skills can be a challenge for people with autism spectrum disorder, but companies looking to hire untapped talent for tech-related jobs are discovering that those with autism are unusually detail-oriented, highly analytical, and able to focus intensely on tasks, making them valuable employees. Last October, six companies—Ford Motor, DXC Technology, EY, Microsoft, JPMorgan Chase, and SAP—formed the Autism at Work Employer Roundtable to share best hiring and workplace practices and to help other companies see the return on investment in hiring autistic employees.

An estimated 80% of people with autism go unemployed, even though many are highly educated and eager to work.

One of the first companies to seek out autistic talent was SAP, a multinational software company that began hiring autistic employees to do software testing.

“If we ship something with a bug, it’s very costly to fix,” says Jose Velasco, vice president of product management and head of the SAP Autism at Work program in the U.S. “In 2013, there was a significant software-testing need in India, so we hired four people there as a pilot. Now we’re hiring people on the spectrum in 10 countries.”

At SAP, autistic employees are placed in work teams with mentors to help them navigate corporate life.

Getting a foot in the door is the first obstacle for job candidates who may answer questions in short, abrupt sentences or shy away from looking a recruiter in the eye.

At Microsoft, the traditional interviewing process involves a one-day marathon of backto-back-interviews. To better assess autistic applicants, the company developed a program in which 10 to 12 candidates are brought in at a time to meet with hiring teams over a 4½‑day period.

“For the first two days, we do team exercises to observe who helps someone else, who takes the lead, and then we try to figure out the best teams,” explains Neil Barnett, director of inclusive hiring and accessibility at Microsoft. “On day three, we do practice interviews all day and give feedback. On day four and five, hiring managers do actual interviews.”

Barnett says half of those hired had applied to Microsoft previously, but their résumés were passed over in the traditional process. “We train on how to interview someone who’s blind or deaf, so this is just making it more inclusive,” Barnett says. “It’s started a movement.”

More than 70 autistic employees have been hired in the past three years at JPMorgan Chase, where job performance results have been stellar.

“Our autistic employees achieve, on average, 48% to 140% more work than their typical colleagues, depending on the roles,” says James Mahoney, executive director and head of Autism at Work at Chase. “They are highly focused and less distracted by social interactions.

While job opportunities at Chase started in tech-related jobs like software engineering and code writing, the categories have expanded. Today, openings for personal bankers and problem-resolution specialists are filled, with the highest-level autistic employee brought in at the vice president level.

Managers are trained on how to work with the employees, who may not pick up on social cues and might start talking at inappropriate moments. Lessons include learning to be literal in descriptions, to give concise feedback, and to avoid asking open-ended questions.

“You have to trust that people will accept you, and don’t take it personally if you have difficulties.”

Moffa, who has degrees in psychology and engineering psychology, had worked in technology for 20 years before he was diagnosed with autism at age 48. He struggled to keep jobs and get good performance evaluations, until he was hired through the Chase program in 2016.

“You have to trust that people around you will accept you, and don’t take it personally if you have difficulties,” Moffa says. “Sometimes I don’t communicate well.”

Companies in the Autism at Work Employer Roundtable are not the only ones to hire autistic employees. Google, HP, Salesforce, and others also have similar programs.

Including the autistic in the workplace has become a point of pride for many, especially those who run the companies’ targeted hiring programs.

“Mentoring some of the people we’ve hired has opened my eyes to challenges we take for granted,” Mahoney says. “I used to be impatient with a person’s communication style, and I’ve learned to see the value and merit of the individual standing before me.”

This article originally appeared in the July 1, 2018 issue of Fortune.