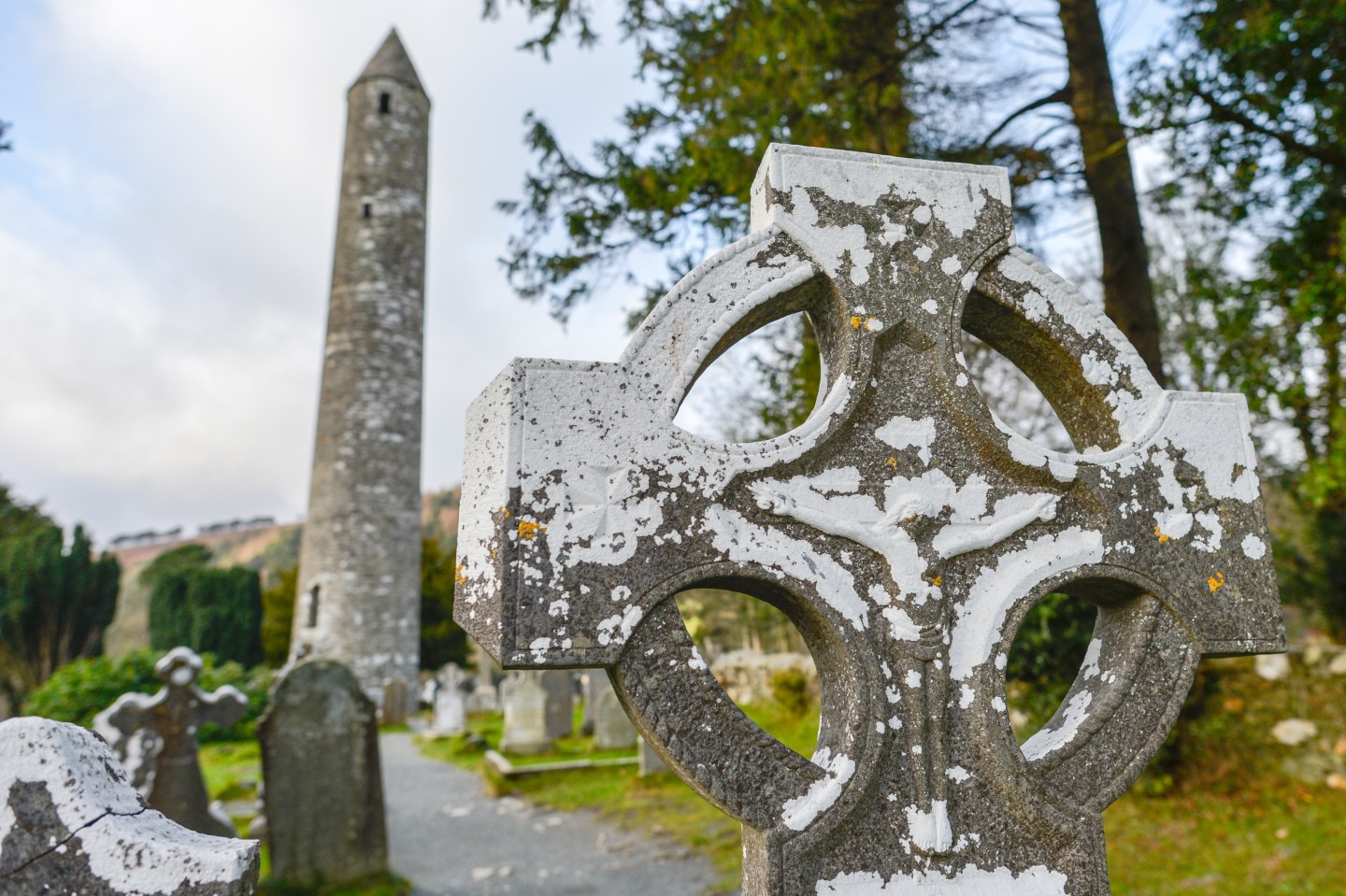 I had the pleasure of spending the week in Dublin, where Bloomsday festivities—the annual celebration of Ulysses, that modernist masterstroke of a novel by 20th century literary luminary James Joyce—are taking place. While I did not stay through the weekend, I did explore the city, retrace some of Bloom’s fictional footsteps, and generally ponder the Irish literary tradition—including the peculiarly essential role the Celtic island played in stewarding and disseminating a body of scholarship that would eventually serve as a foundation for western civilization.

Ireland’s importance to the world of letters extends well before Joyce. Look no further than the Book of Kells. This national treasure is stored a floor beneath the Long Hall library at Trinity College, where the illuminated, bound-vellum pages lay splayed under a glass-capped dais in a darkly-lit room. The relic exemplifies the extraordinary monastic movement that in ages past swept Ireland and kept alive texts, classical and otherwise, in the face of the Roman Empire’s collapse.

Were it not for the Irish, many Latin texts might have been lost to time—or burned in barbaric bonfires. In a sense, Ireland served as a restore point, a reboot for the inherited wisdom and writings of the ancient world. One Thomas Cahill, in fact, argued just this in his two-decade-old bestseller, How the Irish Saved Civilization. (It’s an engaging read, though it lacks nuance.)

In Dublin, I could not help but consider the country’s heritage in the context of information security. What is cybersecurity but the preservation and protection of data? The safeguarding of valuable info assets? Long before computer servers and machines, there were monks and monasteries. Before hackers there were Vikings and Visigoths. Ireland and its scribes were a rare beacon at the onset of the Dark Ages.

Today devices do much of the rote work for us—replicating and reproducing our silicon-inscribed knowledge—but the ever-present threat of data loss and corruption is no less real. Raiders swarm the wires.

On this Bloomsday, we can learn a valuable lesson by Ireland’s example: Always have a backup plan.

This article first appeared in Cyber Saturday, the weekend edition of Fortune’s newsletter on the top tech news. To get it delivered to your in-box, sign up here.