1,995 Children Have Been Separated From Their Families by Border Patrol, DHS Confirms 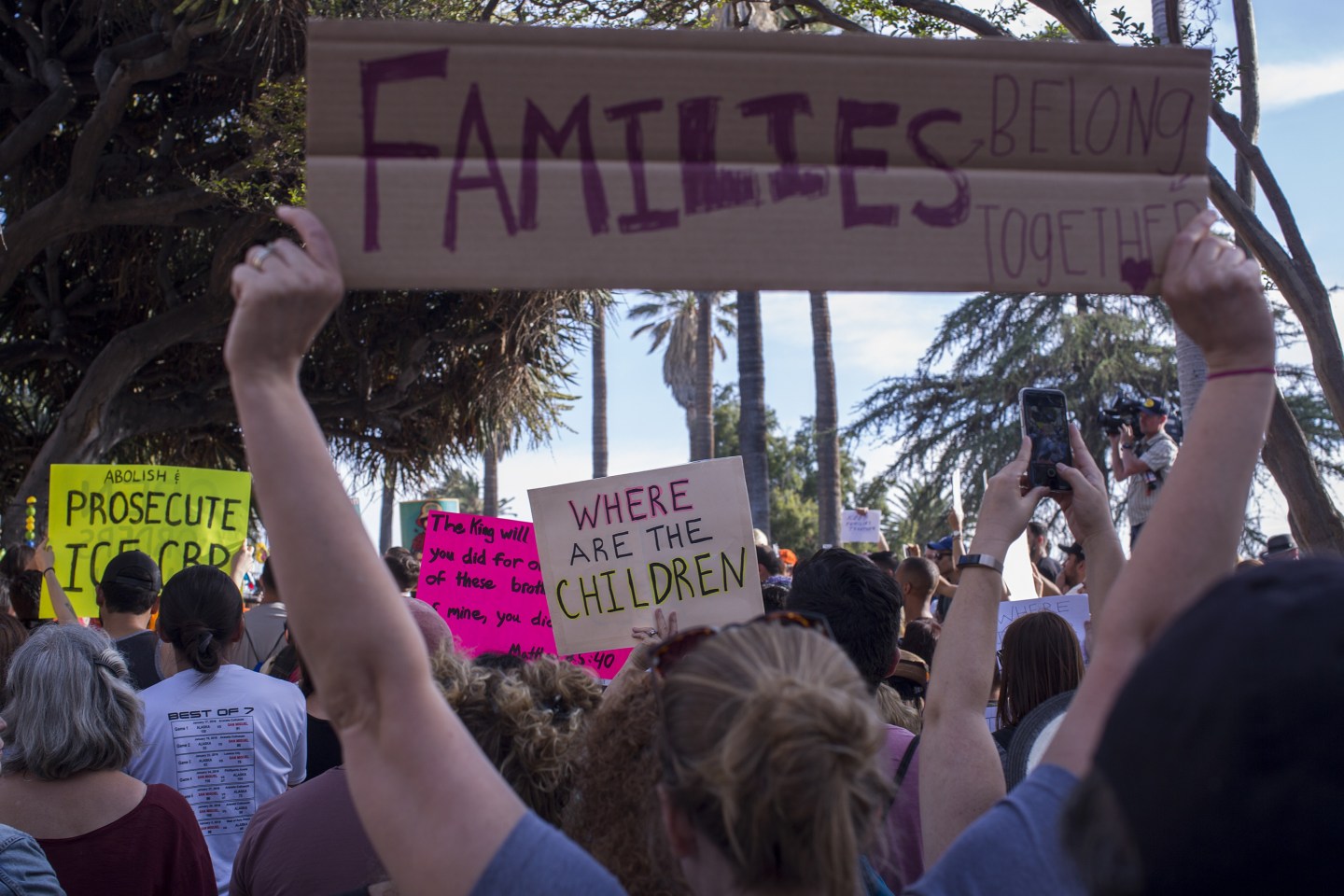 A total of 1,995 children were separated from their parents at the U.S.-Mexico border during a six-week period that ended last month, the Department of Homeland Security confirmed Friday.

Between April 19 and May 31, the U.S. Border Patrol separated the children from 1,940 adults, who are accused of illegally crossing the border, officials said.

The families are being detained under the Trump administration’s “zero-tolerance” policy on illegal border crossings. Adults who are charged are sent to federal court, while their children are brought to the Department of Health and Human Services’ Office of Refugee Resettlement.

Attorney General Jeff Sessions announced the stricter policy of separating children from their parents in early May.

“If you are smuggling a child then we will prosecute you, and that child will be separated from you as required by law,” Sessions said. “If you don’t like that, then don’t smuggle children over our border.”

President Donald Trump said on Friday that he hates the policy, but said he would refuse to sign legislation that would put an end to the family separations and shifted blame to Democrats.

“I hate the children being taken away,” Trump said from the White House lawn. “The Democrats have to change their law. That’s their law and we can change it tonight.”

It is unclear how U.S. law requires the separation of children from their parents, and Trump didn’t elaborate. But, on Twitter, Trump demanded any immigration bill have “full funding for the Wall,” among other stipulations.

The Democrats are forcing the breakup of families at the Border with their horrible and cruel legislative agenda. Any Immigration Bill MUST HAVE full funding for the Wall, end Catch & Release, Visa Lottery and Chain, and go to Merit Based Immigration. Go for it! WIN!

The new policy has brought massive backlash and protests, from citizens to health professionals.

In an open letter to Donald Trump, the American Psychological Association asked the Trump administration to reconsider, citing a “mental health crisis,” and “commit to the more humane practice of housing families together pending immigration proceedings to protect them from further trauma.”