Upcoming Video Game Lets You Play as a School Shooter 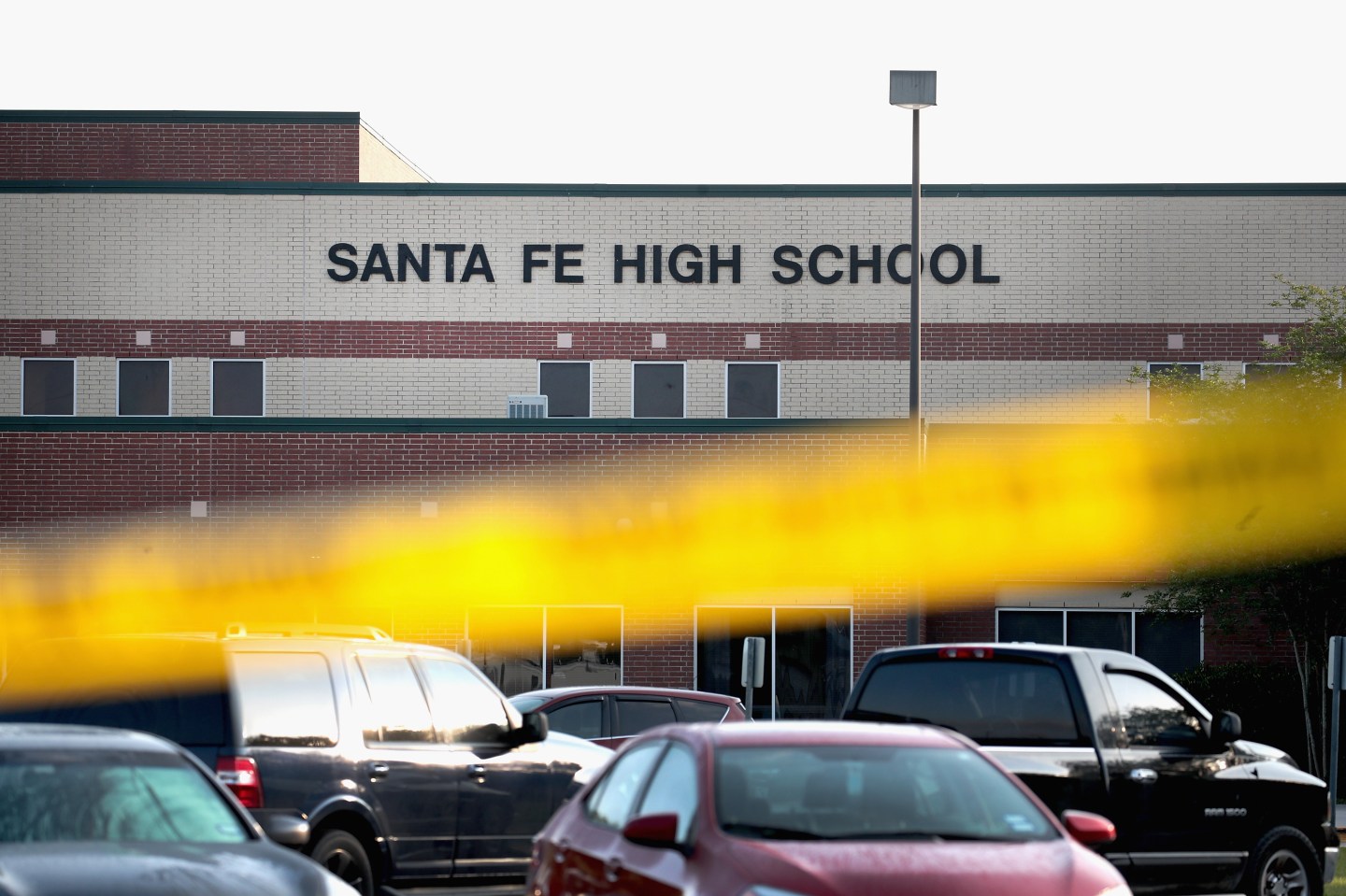 SANTA FE, TX - MAY 19: Crime scene tape is stretched across the front of Santa Fe High School on May 19, 2018 in Santa Fe, Texas. Yesterday morning, 17-year-old student Dimitrios Pagourtzis entered the school with a shotgun and a pistol and opened fire, killing at least 10 people. (Photo by Scott Olson/Getty Images)
Scott Olson—Getty Images

The video game industry, which has found itself under the political microscope once again in 2018, is bracing for further scrutiny with the pending release of a title that lets players act out the role of a school shooter.

Active Shooter is slated to go on sale June 6 on the Steam digital distribution platform. The game, which is not made by any major publisher and will not be sold on any console system, describes itself as a simulation of an active shooter situation, where players can opt to be either the killer or the SWAT team tasked with neutralizing the situation. Screenshots from the game show attacks taking place in both an office and school environment.

The developer, on the game’s Steam page, says “please do not take any of this seriously,” but that’s unlikely to assuage survivors of real world tragedies and victim’s rights groups, especially as the game proudly touts its “variety of real life weapons” and “impressive [artificial intelligence].”

Active Shooter is being derided by gamers on social media and the developer is seemingly embracing controversy to boost sales. But in a year where there has been, on average, one school shooting per week, the ripple effect it creates could have a serious impact on larger developers and publishers.

Hey, we need to talk. In NO WAY OR REASON is this game acceptable to release or even make. No only is this offensive, hurtful and disgusting, but it's also bullshit Steam let this on the market. There's a way to engage with tough issues and this isn't it.https://t.co/ydEVRq9lsF

Wait, WHAT? There’s legit a game on Steam called Active Shooter!? What kind of special dipshit is behind such a tone deaf piece of crap? Reveal yourself, human garbage! I want to hurl shame in your direction! What gives Valve? #activeshooter pic.twitter.com/jEwGwL3UqR

Amidst widespread accusations that they’re unfairly singling out Visual Novels for censorship, Valve has realessed a statement of clarification:

Valve Software, which owns Steam, did not reply to Fortune‘s requests for comment about Active Shooter or how it was approved for sale on the platform.

The developer, a small shop called Revived Games, did not have contact information listed. However, a look at its other titles makes it clear it regularly embraces controversial content in the hope of boosting sales. Other previous titles include Tyde Pod Challenge and White Power: Pure Voltage.

Video games are protected under the First Amendment, the Supreme Court ruled in 2011. And while some can be hyper-violent, few developers push this far beyond the line of good taste.

In the days following the fatal shooting at Marjory Stoneman Douglas High School in Florida, President Donald Trump suggested he believed video games were, in part, to blame and “something” needed to be done about them.

To date, no scientific study has proven that violent video games cause minors to act aggressively, but the National Rifle Association and politicians often point to the industry when there is a tragic event. A March meeting between Trump and the industry was light on actual game makers and stacked with industry opponents.