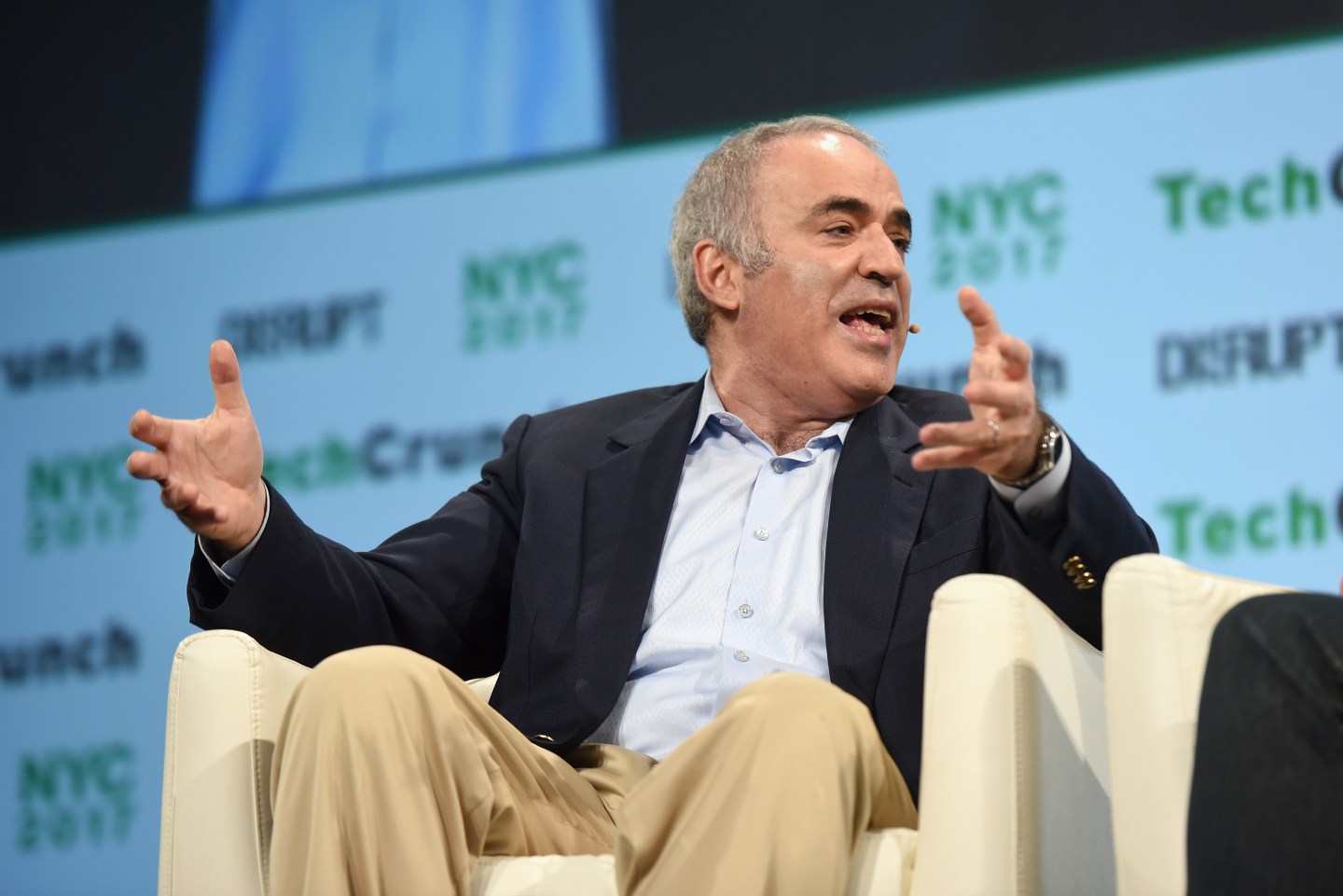 Despite losing at chess to the IBM Deep Blue computer more than 20 years ago, Garry Kasparov is a big believer in artificial intelligence.

The former world chess champion is now an author and speaker who is trying to counter some of the more alarmist beliefs over the rise of AI technologies, typically exemplified in Hollywood movies in which robots rise against their human creators.

Speaking at the Train AI conference on Thursday in San Francisco, Kasparov explained how humanity has long considered people’s performance in playing a game of chess as a metric of intelligence.

“People looked at it as an opportunity to go deep in the human mind,” he said of chess.

That’s why when Kasparov lost to Deep Blue in 1997 in a rematch from a prior match he won in 1996 — which, he likes to note, “nobody remembers” — people considered it a “watershed moment” for computer science.

“The day the machine would beat the strongest human player, that would be the dawn of artificial intelligence,” Kasparov said.

However, Kasparov likes to point out that Deep Blue was not actually an intelligence thinker like a human, but rather “was as intelligent as your alarm clock.”

“But it was good enough to perform, to win this match,” he said.

What separated Deep Blue from human players, was that the computer didn’t suffer from some of the dilemmas humans may face while playing chess, like getting too complacent or getting tired — these issues could affect people’s ability to make good decisions.

The computer “doesn’t have to be perfect, it has to be better, which means making less mistakes than human opponents,” Kasparov said.

Kasparov also talked about the rise of more advanced AI systems, like the AlphaGo Zero system developed by Google’s DeepMind unit. That powerful computer system learned to master the ancient Chinese board game of Go — a more complex game than chess — without studying the best Go players in the world. Instead, using an AI technique called reinforcement learning, AlphaGo Zero played millions of games against itself to learn how to master the game on its own.

Still, Kasparov is not worried that AI systems like Alpha Go Zero mean that computers will eclipse humans. After all, humans designed the Alpha Go Zero system and set the parameters for how it learned to master the game, he notes.

Only people can decide what will be the problems a computer will solve, and humans are still needed to evaluate when the computer is good enough to stop learning on its own.

Machines “will not know when they enter the territory of diminishing returns,” Kasparov said.

People should “treat AI as a tool” that will augment human decision making, he said.

“For those who say AI is making us redundant, I say no,” Kasparov said. “We are being promoted.”