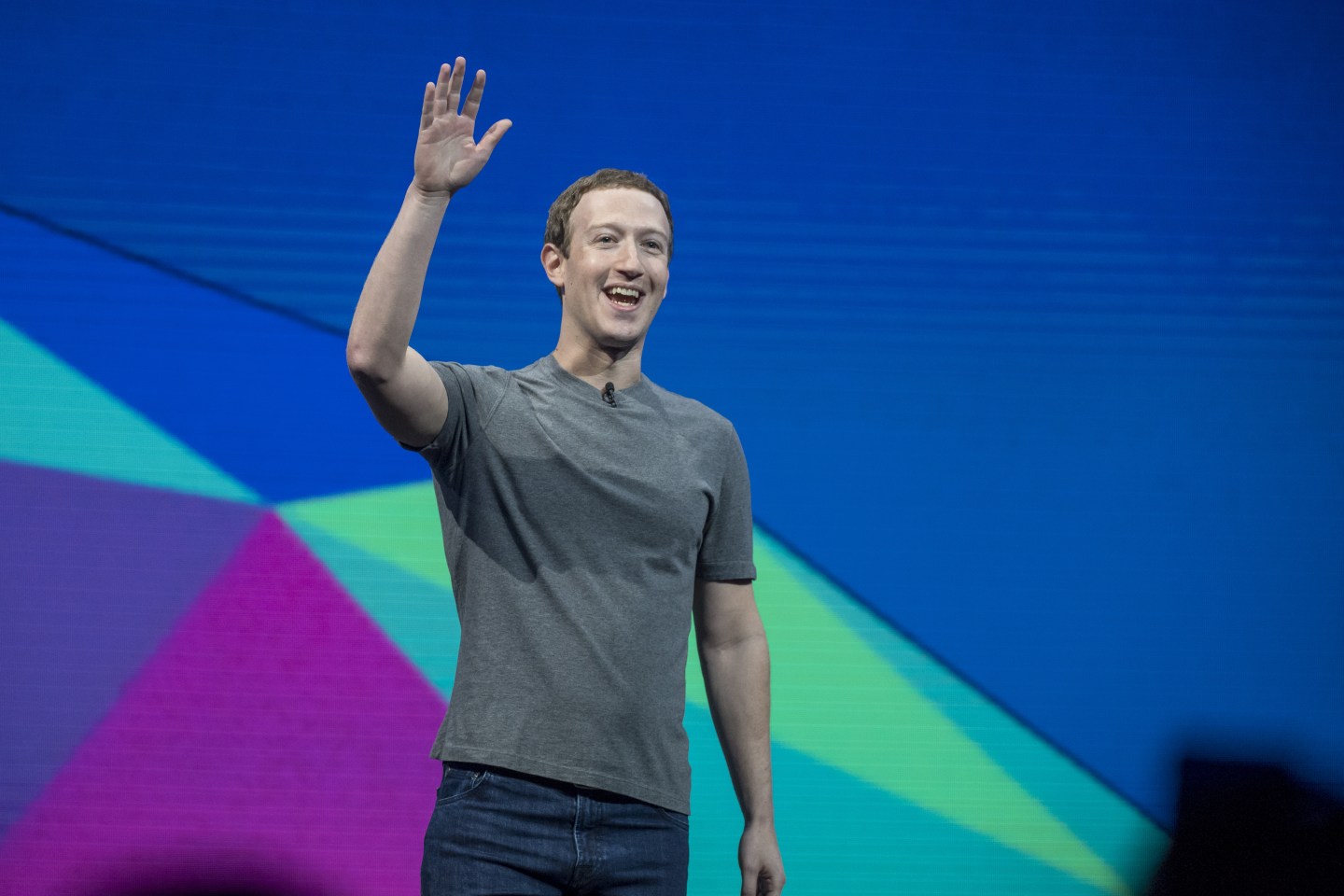 Mark Zuckerberg, chief executive officer and founder of Facebook Inc., waves to attendees during the F8 Developers Conference in San Jose, California, U.S., on Tuesday, April 18, 2017. Zuckerberg laid out his strategy for augmented reality, saying the social network will use smartphone cameras to overlay virtual items on the real world rather than waiting for AR glasses to be technically possible. Photo by David Paul Morris—Bloomberg/Getty Images
David Paul Morris—Bloomberg/Getty Images

SAN JOSE, Calif. — This Tuesday, during Facebook’s annual F8 developer conference, CEO Mark Zuckerberg and other key Facebook executives announced a number of new features and services. With new services ranging from offering a chance at real-life romantic love, to augmented reality features in Messenger, to an affordable virtual-reality simulator, Facebook users are the most excited to see how their data is used next.

Facebook is still receiving criticism over its practices of collecting user data, even when users are logged out of Facebook. Company executives haven’t yet explained how this will technique will be employed in its new endeavors, but Facebook users are filled with an inexplicable optimism.

“I can see it now: I match with someone on Facebook dating, they hack my standard Facebook profile, and get my number, contact me via WhatsApp, maybe even gain access to my Instagram. If someone accessed that much of my information, I’d finally fake my death and create that new identity I’ve always dreamt about,” said one Facebook user who requested anonymity while it was still an option.

When asked if this was too farfetched of a possibility, the user referred to a recent story, in which a Facebook engineer has already been accused of stalking women online using company data.

The smattering of new features have brought confusion to Facebook users as well, but not at the expense of enthusiasm.

“I’ll probably still try it,” Platz said, after being informed of his mistake.