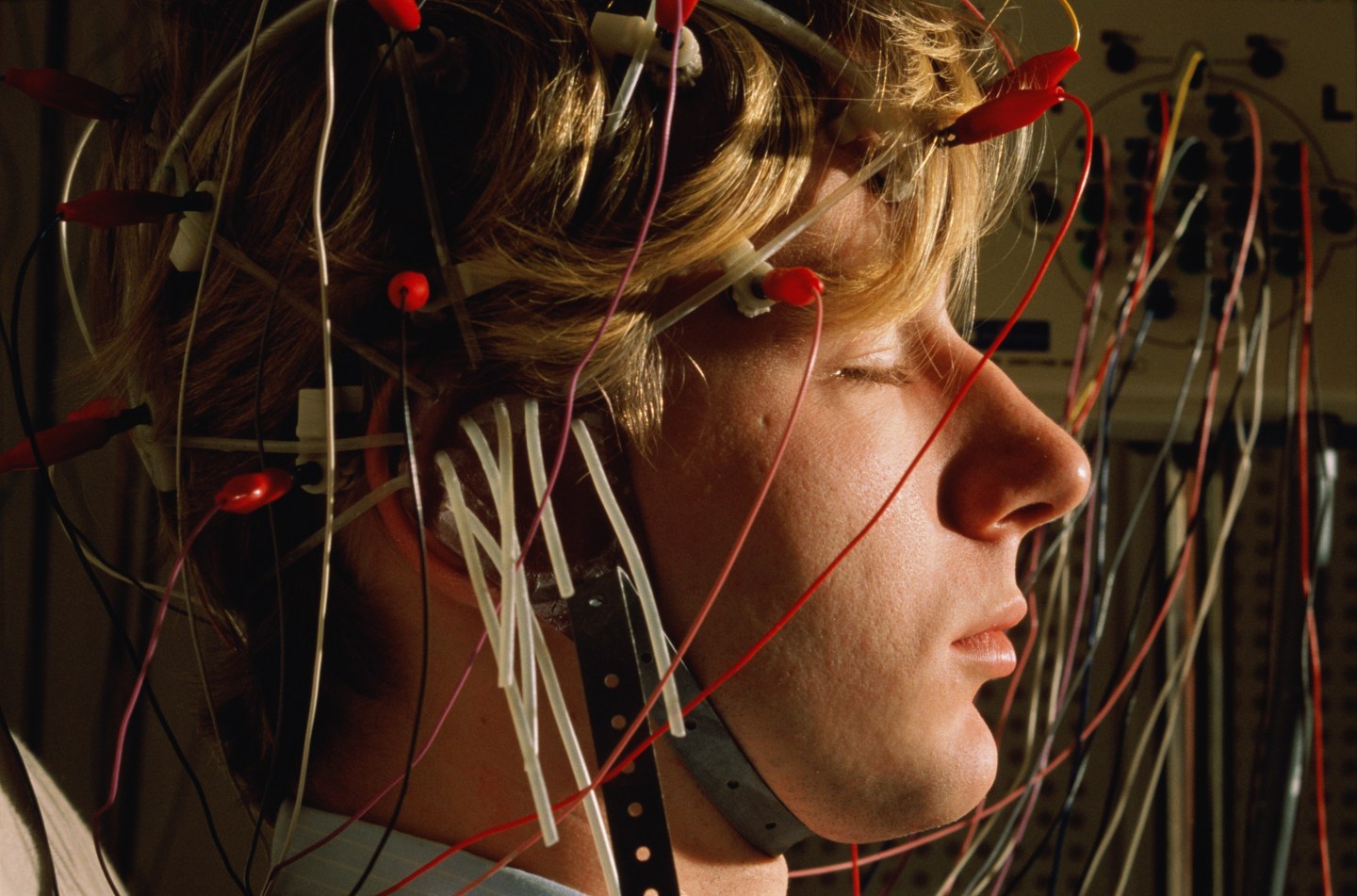 Electroencaephalography is the technique of recording electrical activity of the brain, the information presented in the form of an electroencephalogram (EEG).
Getty Images

Imagine arriving at work in the morning, putting on a cap that monitors your brain activity, and getting assigned a task for the day accordingly—or maybe you’re even encouraged to take the day off if you’re under too much stress.

It may sound like the stuff of science fiction, but it’s very real for many workers in China, according to a report in the South China Morning Post. The employees wear lightweight, wireless sensors that fit under caps or existing safety equipment, such as helmets. The sensors, which have been developed through government-backed projects, then broadcast information about their brain activity to computers that can detect spikes in emotions like depression, anxiety, and rage. The South China Morning Post found that some companies have been using this technology to monitor their employees since 2014.

One of the companies using this technology emphasized that it can help reduce stress and the risk of workplace injury for workers, but there’s also a huge business incentive. It’s estimated that the technology has boosted revenue by 2 billion yuan ($315 million) at one power grid where the technology has been in use for several years.

Outside of factories, these sensors have been used by high-speed train drivers to prevent accidents. They’ve also been used in conjunction with facial cameras and weight sensors at Changhai Hospital in Shanghai to improve patient monitoring and care.

But there is a privacy risk associated with the use of this technology. This is especially concerning for some in the context of China’s emerging “surveillance state,” but there is also a chance that companies could abuse the private information they have about employees. One professor of management at Beijing Normal University expressed his concerns about exploiting workers’ brains for profit and the inability of workers to say no to using the technology because of their relatively weak position.

These sensors are also available in the U.S., but so far their use has not been widespread. One known use? To help archers improve their performance.