Commentary: How Planting More Trees Can Better Our Health 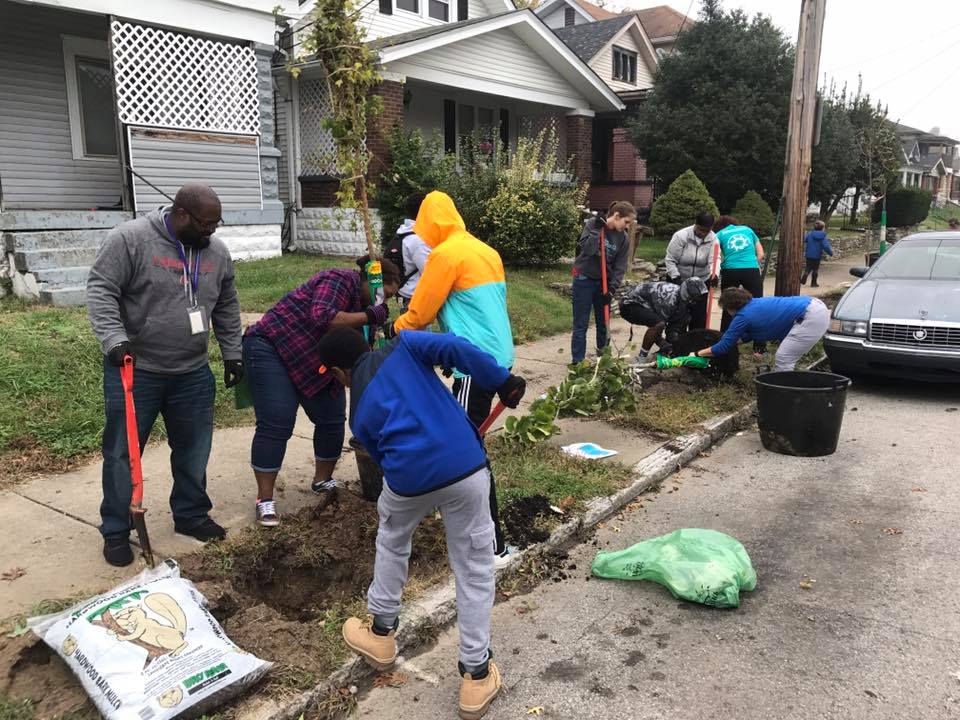 Citizens plant trees on Virginia Avenue in Louisville, Kentucky in November 2017
Photograph by Will Ford

A city’s health is reflected in many ways: its residents, its economy, and its environment.

As the mayor of Louisville, I know that tight budgets require cities to make decisions that most efficiently use taxpayers’ dollars. And one investment that can improve the health of our environment, people, and economy is all around us: trees.

Think about your favorite street or the street you grew up on—is it lined with trees? Trees are a foundation of neighborhood development, and Louisville’s history is intertwined with them. Frederick Law Olmsted, the same man who designed Central Park in New York City, was commissioned in 1891 to design a park system in Louisville that resulted in a beautiful, unique network of 18 parks and six parkways that stretches across the many neighborhoods in our city.

While these parks and parkways still benefit our city in many ways, Louisville has seen an intensification of its urban heat island effect—when the urban core of a city is significantly warmer than its surrounding areas. And that’s been caused in part by a decrease in the tree canopy. Urban heat islands are common in urban areas across the country, but according to national data, Louisville is warming at a more rapid pace than other cities, and has one of the most intense summer urban heat island effects. Cities such as Portland, Philadelphia, Phoenix, and Dallas are also investing in efforts to combat urban warming.

Warmer temperatures lead to an increase in emergency room visits for our most vulnerable residents, such as the young and the elderly, because they are sensitive to the impacts of intense heat. Continual exposure to urban warming can have such side effects as heat exhaustion, heat stroke, and if fluids are not replaced and body temperature is not lowered in a timely manner, death can potentially occur. Those residents with preexisting medical conditions, such as cardiovascular or respiratory disease, are at an even higher risk. Heat waves can also deter outdoor exercise or occupations.

This is a real life example of how our environment is tied to public health.

A beautiful tree at full growth can step in and serve as the prescription to the health of vulnerable residents in this case. Trees also add to the aesthetic of our neighborhoods and increases property values. They provide shade that can save a property owner money on utility costs, as well as help dissipate air pollution and storm water. At the most basic level, trees absorb carbon dioxide and release oxygen.

That’s why the city of Louisville and its partners are studying how planting between a busy roadway and a neighborhood affects the health of nearby residents. We recently planted a wall of trees between one of our busiest corridors and a local school, and found that the trees collected air pollution from cars and blocked it from reaching the students. We found through the students’ biomarkers that they showed an increase of cells that can help reduce the risk of heart disease.

Planting a tree isn’t only about its natural beauty. It can also be about saving lives and investing in neglected neighborhoods. Every year, the trees in Louisville provide the community with $5 million in energy savings, $240 million in higher property values, and a decrease of nearly 7 million pounds of air pollutants.

There’s a Greek proverb that translates roughly as, “A society grows great when old people plant trees whose shade they know they may never sit under.”

And if we want a healthy city for our children to inherit—one with a healthy environment, people, and economy—we should be striving to plant more trees. So this Arbor Day, consider where you are planting your trees. Our neighborhoods will reap the benefits for years to come.

Greg Fischer is the Mayor of Louisville.