Deutsche Bank Is Said to Be Planning Cuts to U.S. Jobs 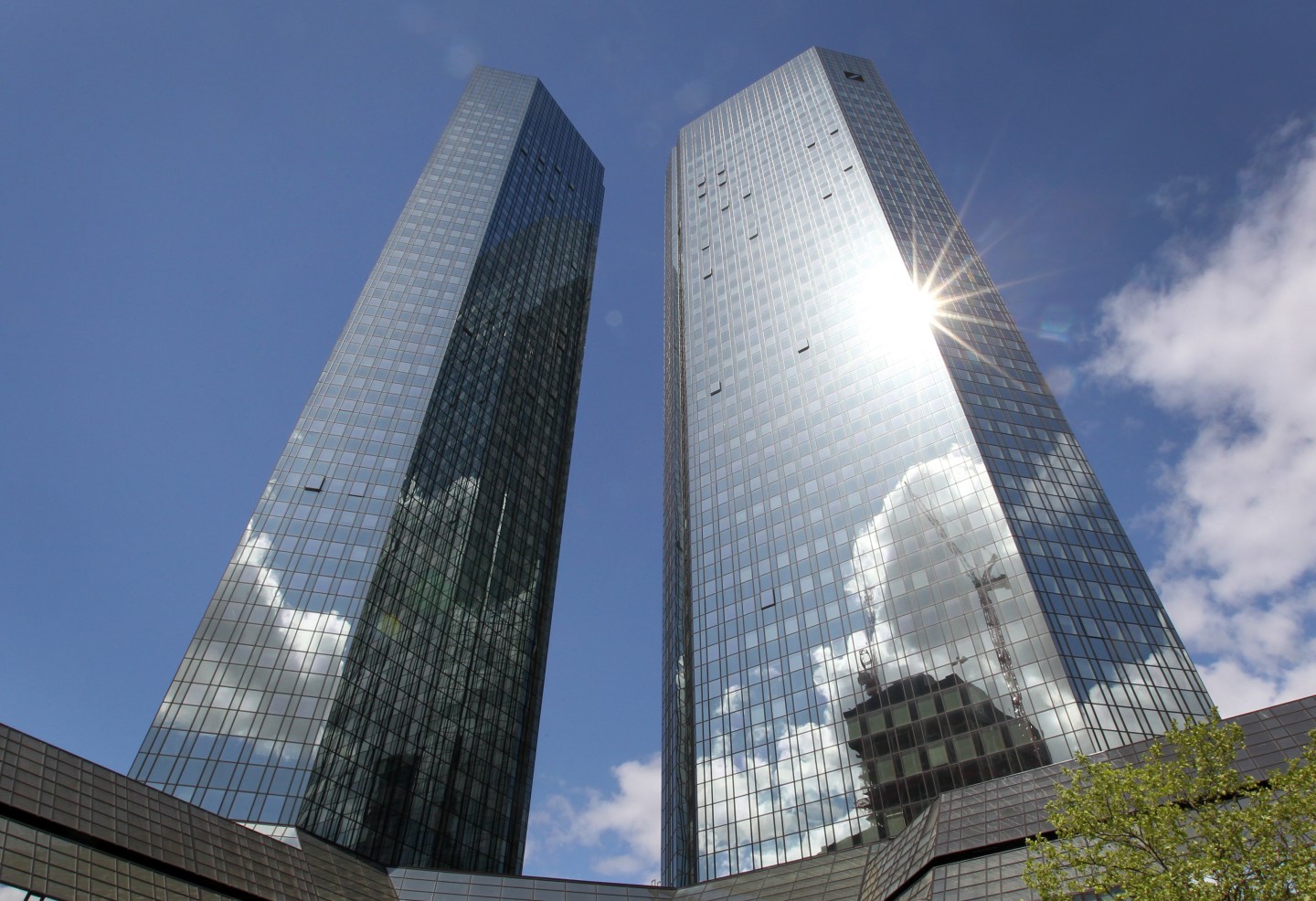 The towers of German Company Deutsche Bank are pictured in Frankfurt, Germany, on April 26, 2018. - Germany's biggest lender Deutsche Bank on Thursday, April 26, 2018, announced deep cuts to its flagship investment banking division and a new focus on Europe, hoping to drag itself out of years of losses as it reported falling profits in the first quarter. (Photo by Daniel ROLAND / AFP) (Photo credit should read DANIEL ROLAND/AFP/Getty Images)
Daniel Roland—AFP/Getty Images

Deutsche Bank AG is planning to cut headcount in the U.S. by more than 10 percent, a person briefed on the matter said Thursday.

It’s the first concrete indication of how far Germany’s largest lender is planning to retreat from its past ambition to be a global investment bank, a goal it has pursued for some 20 years.

The bank has already begun the cull, firing 400 U.S.-based staff this week, the person said. These appear to be the first of long-planned job cuts that were first reported by Bloomberg in February. But the pace of job cuts will now accelerate and eventually add up to more than 1,000, the person said, asking not to be identified discussing confidential information.

Earlier Thursday, Deutsche Bank Chief Executive Officer Christian Sewing presented a restructuring plan for the investment bank divisions that centers around scaling back operations in the U.S. The bank’s management said they expected the bulk of the cuts to be completed in 2018, and said they would fall across the front, middle and back offices of the corporate and investment bank. In Asia, meanwhile, the bank will cut back on purely local business.

However, Sewing stopped short of saying just how many jobs would go, while Chief Financial Officer James von Moltke also gave few clues as to how much of its 1.4 trillion euro ($1.7 trillion) balance sheet would be shed in the process.

“These cutbacks will be painful, but they are unfortunately unavoidable if we want to be sustainably profitable in the best interests of our bank, our clients and our investors,” Sewing said in a statement.

The publication Global Capital first reported that Deutsche Bank plans to cut its U.S. workforce by about 10 percent.