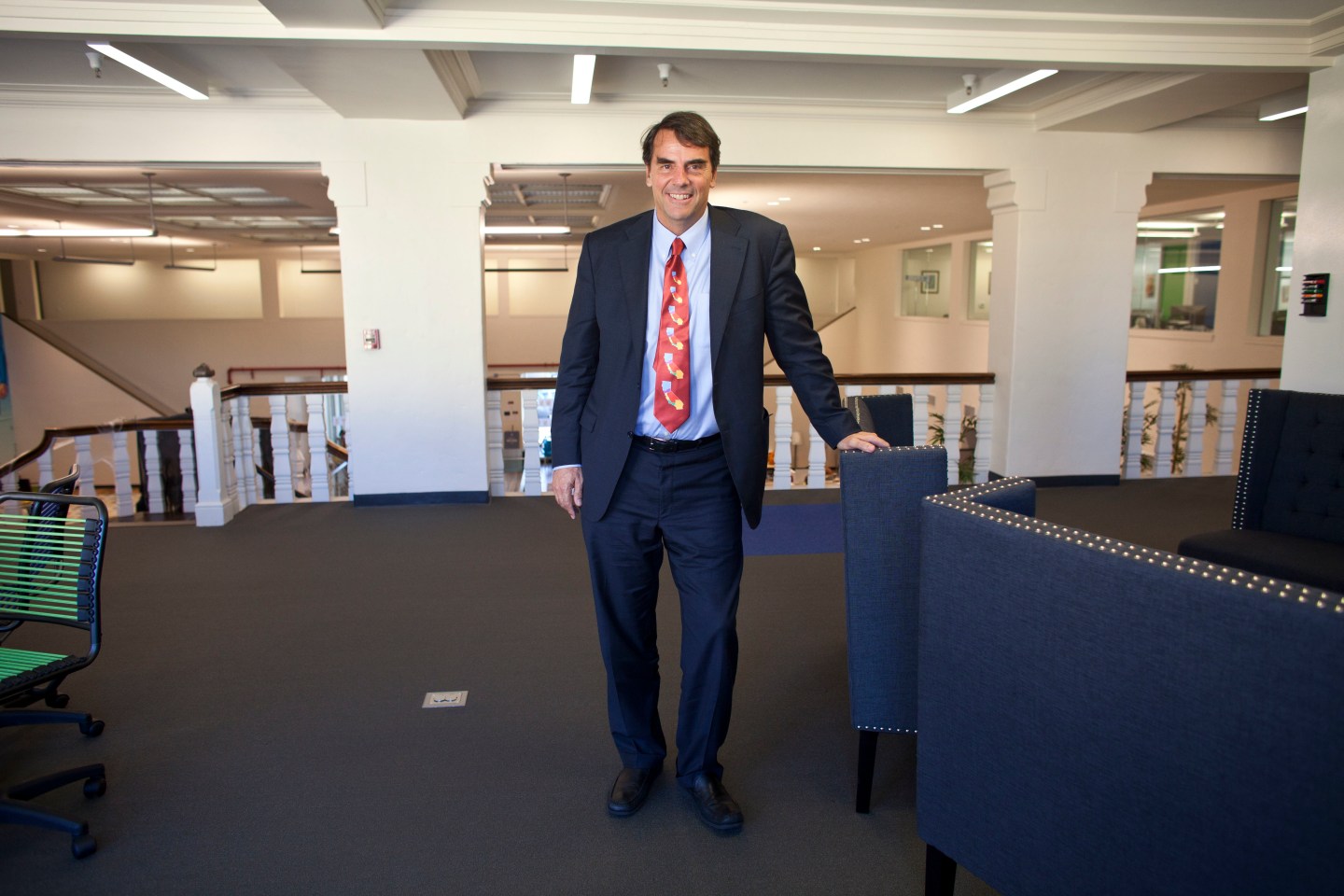 How high can Bitcoin rise?

Well, according to venture capitalist and Bitcoin bull Tim Draper, get reading for the cryptocurrency to reach $250,000 in four years.

“Serious winds (of change) at our block (chain) party last night,” the founder of Draper Fisher Jurvetson wrote on Twitter regarding his Thursday cryptocurrency celebration, Blockparty.

Serious winds (of change) at our block (chain) party last night. Predicting bitcoin at $25k by 2022.

The investor even had the prediction memorialized in a poster he unfurled at the party, placing it in front of his entrepreneurship program, Draper University:

The investor, who led investments in Skype, Tesla, Twitter, and SpaceX, is known to have purchased $30,000 worth of Bitcoin from the U.S. government in 2014. Those funds fell into government hands after an exchange that heavily used the cryptocurrency, Silk Road, was shuttered.

According to Draper, he was attracted to the idea of a digital currency not tied to a government.

“So when Bitcoin showed up, I was all over it,” he told Fortune in January. Draper Associates, the brand from which the venture capitalist now actively picks his investments, also holds other cryptocurrency-linked companies, such as exchange Coinbase.

The prediction comes as the price of Bitcoin rises 17% to about $8,000. The cryptocurrency has struggled since the start of 2018, with investors worrying about signs of regulatory crackdowns from governments including that of South Korea. Even now, the value of Bitcoin remains below its price at the start of the year, at about $14,000.

It’s unclear how exactly Draper calculated a price of $250,000 by 2022. Some investors, such as Murray Stahl of Horizon Kinetics, hypothesize that Bitcoin is worth the value of all the currency in the world—about $361,000 per Bitcoin, by Barron’s estimates.

That figure though assumes Bitcoin is indeed set to one day become a worldwide currency—a thought that even some cryptocurrency supporters, such as Mark Cuban, question. Investors and critics alike remark that as it stands now, Bitcoin does face scalability issues. The Bitcoin network is currently handling about 8 transactions during a second. Visa meanwhile says it can handle about 65,000 transactions per second at maximum. And while the cryptocurrency community has at times tried to address the issue, it’s also divided the group.

Take the creation of Bitcoin Cash as an example. Bitcoin Cash “forked” off of Bitcoin in mid-2017 following a bitter dispute about the future of the cryptocurrency. In an attempt to lower transaction fees while speeding up the process, some developers proposed doubling the size of the blocks containing the record of transactions. Though other developers argued that the proposed change would undermine the decentralized basis of Bitcoin.

And even now, the debate between Bitcoin Cash and Bitcoin still continues, with early Bitcoin believer Roger Ver now batting for Bitcoin Cash.