Survey: Roughly 1 in 10 Americans Say They Have Deleted Facebook 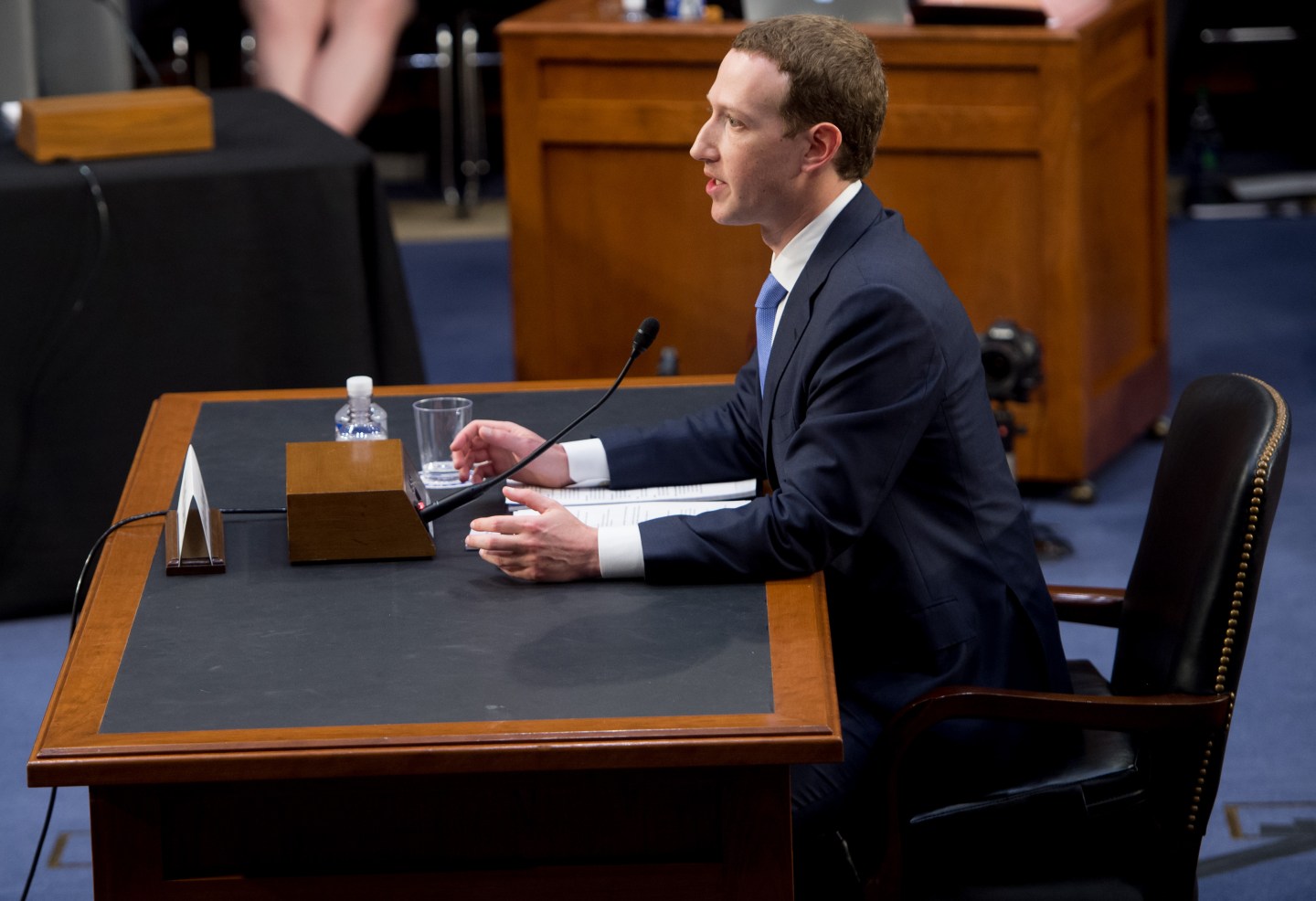 Facebook founder and CEO Mark Zuckerberg testifies during a Senate Commerce, Science and Transportation Committee and Senate Judiciary Committee joint hearing about Facebook on Capitol Hill in Washington, DC, April 10, 2018. Facebook chief Mark Zuckerberg apologized to US lawmakers Tuesday for the leak of personal data on tens of millions of users as he faced a day of reckoning before a Congress mulling regulation of the global social media giant.In his first-ever US congressional appearance, the Facebook founder and chief executive sought to quell the storm over privacy and security lapses at the social network that have angered lawmakers and Facebook's two billion users. / AFP PHOTO / SAUL LOEB (Photo credit should read SAUL LOEB/AFP/Getty Images)
Saul Loeb—AFP/Getty Images

The #DeleteFacebook movement seems to be catching on.

A new survey of 1,000 American Facebook users by technology research group Techpinions found that 9% had deleted their account completely due to increased privacy concerns that have come to light amid the Cambridge Analytica scandal.

Seventeen percent of the respondents say they’ve deleted Facebook from their phone and 11% say they’ve taken it off of other devices.

“Fifteen perrcent of our panelists said there is nothing Facebook can do to regain trust as they are just ready to move on to something else,” wrote Carolina Milanesi, principal analyst at market intelligence firm Creative Strategies, who worked on the survey with Techpinions. “Of course, if this sentiment were to be similar across other countries, 15% of 2 billion users is a sizable chunk of the installed base that would disappear. What is interesting is that the number grows to 18% among people who are said to be very aware of the Cambridge Analytica incident.”

Other key findings from the study include: