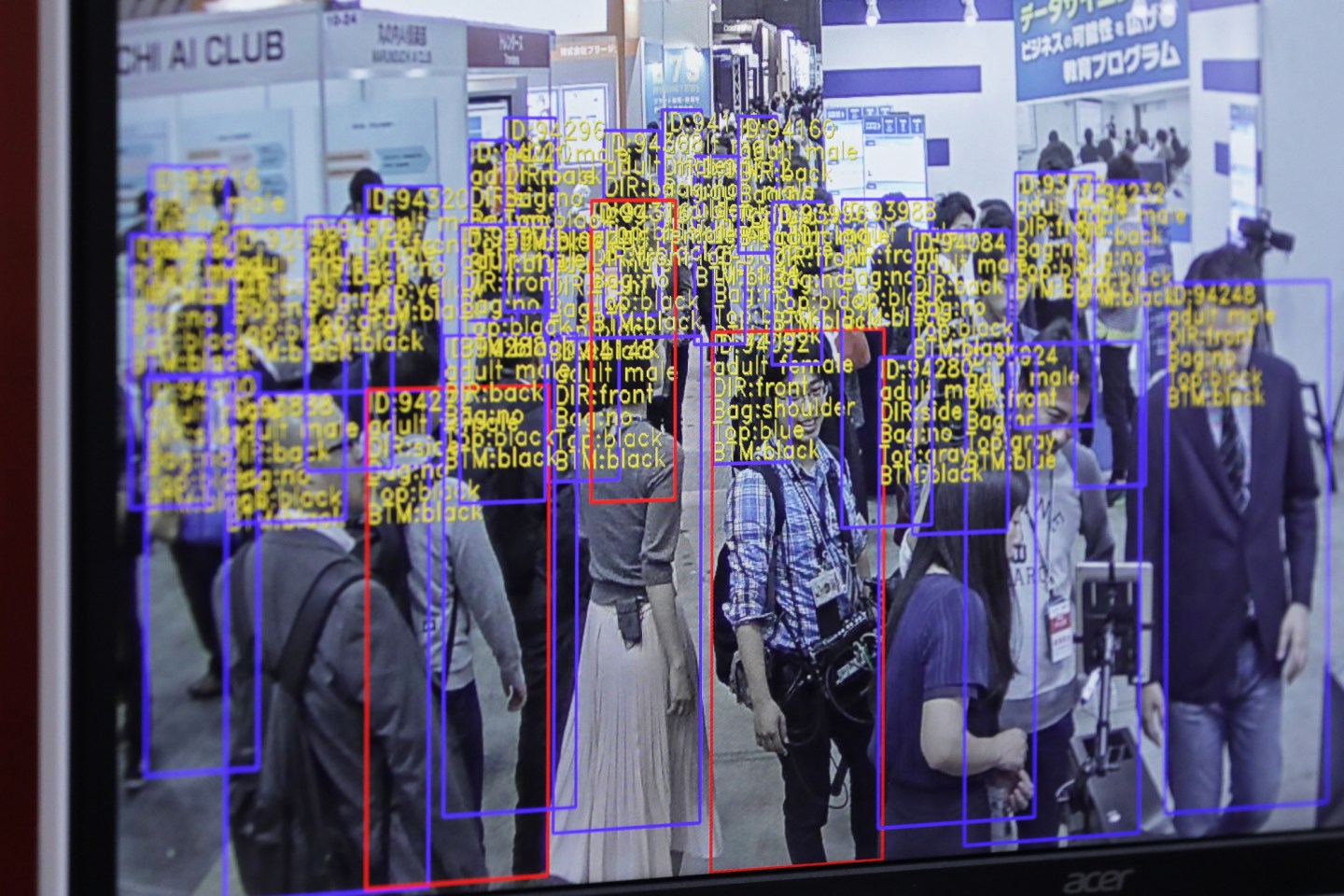 The object detection and tracking technology developed by SenseTime Group Ltd. is displayed on a screen at the Artificial Intelligence Exhibition & Conference in Tokyo, Japan, on Wednesday, April 4, 2018. Photographer: Kiyoshi Ota/Bloomberg
Kiyoshi Ota—Bloomberg

SenseTime Group has raised $600 million from Alibaba Group Holding (BABA) and other investors at a valuation of more than $3 billion, becoming the world’s most valuable artificial intelligence startup.

The company, which specializes in systems that analyze faces and images on an enormous scale, said it closed a Series C round in recent months in which Singaporean state investment firm Temasek Holdings and retailer Suning.com. also participated. SenseTime didn’t outline individual investments, but Alibaba was said to have sought the biggest stake in the three-year-old startup.

With the deal, SenseTime has doubled its valuation in a few months. Backed by Qualcomm (QCOM), it underscores its status as one of a crop of homegrown firms spearheading Beijing’s ambition to become the leader in AI by 2030. And it’s a contributor to the world’s biggest system of surveillance: if you’ve ever been photographed with a Chinese-made phone or walked the streets of a Chinese city, chances are your face has been digitally crunched by SenseTime software built into more than 100 million mobile devices.

The latest financing will bankroll investments in parallel fields such as autonomous driving and augmented reality, cover the growing cost of AI talent and shore up its computing power. It’s developing a service code-named “Viper” to parse data from thousands of live camera feeds — a platform it hopes will prove invaluable in mass surveillance. And it’s already in talks to raise another round of funds and targeting a valuation of more than $4.5 billion, according to people familiar with the matter.

“We’re going to explore several new strategic directions and that’s why we shall spend more money on building infrastructure,” SenseTime co-founder Xu Li said in an interview. The company turned profitable in 2017 and wants to grow its workforce by a third to 2,000 by the end of this year. “For the past three years the average revenue growth has been 400%.”

Alibaba, the e-commerce giant that’s also the country’s biggest cloud service provider, could help with its enormous infrastructure needs. SenseTime plans to build at least five supercomputers in top-tier cities over the coming year to drive Viper and other services. As envisioned, it streams thousands of live feeds into a single system that are automatically processed and tagged, via devices from office face-scanners to ATMs and traffic cameras (so long as the resolution is high enough). The ultimate goal is to juggle 100,000 feeds simultaneously.

Police can use Viper to track everything from vice and accidents to suspects on blacklists. While civil libertarians say such systems have been used to track activists and oppress minorities in places like the Western region of Xinjiang, Xu believes the technology is essential and deployed in various ways by authorities around the world. China’s police forces and surveillance footage are also important sources of training data for SenseTime’s image recognition systems — it claims to work with 40 city authorities in the country.

SenseTime claims some 400 clients and partners including Qualcomm, chipmaker Nvidia (NVDA) and smartphone maker Xiaomi. For 2018, it’s projecting several billion yuan in revenues, Xu said. The startup’s expanding its reach across augmented reality, popularized by services like Snapchat that impose digital stickers and images on the real world. And it’s working with Honda Motor (HMC) to develop autonomous driving systems and is in talks to work with health institutions.

“In China there is an advantage in areas like facial recognition because of the privacy that exists in the U.S. and elsewhere in the EU, and some of the very best facial recognition technology in the world that I’ve seen is in China,” said Breyer Capital founder Jim Breyer, an indirect investor in SenseTime through IDG.

SenseTime is the largest, according to CB Insights, of a plethora of private AI outfits. Fellow facial-recognition startup Megvii Inc. raised $460 million last year, while smaller niche players from Yitu to Malong Technologies have also won funding. A key partner, Hangzhou Hikvision Digital Technology, is one of the world’s biggest suppliers of security cameras and developing its own competing AI technology.

Xu says its ability to work across wide datasets and diverse products sets it apart from rivals. “What is difficult is if you’re dealing with different video streams in different formats,” he said. While the company has long considered an initial public offering, Xu said those plans are on hold pending rules that facilitate tech listings in mainland China.

“We are still waiting for a fixed rule to come up with a new strategy,” he said. “Probably not this year.”