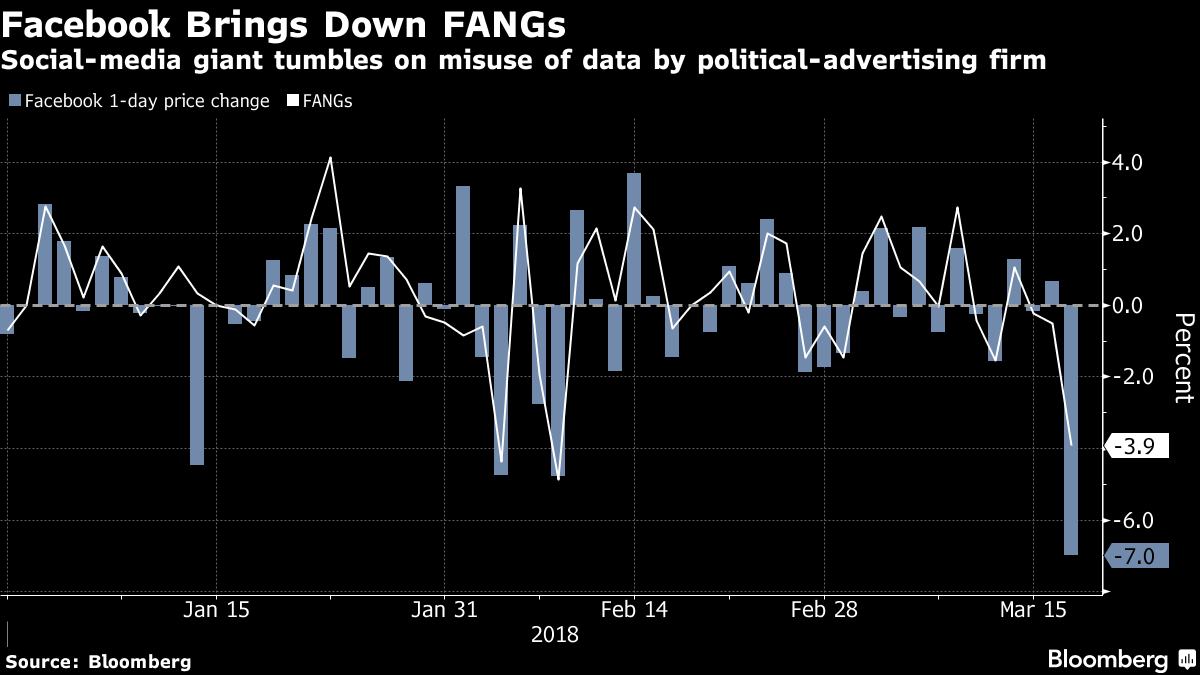 Facebook Inc. pushed down shares of the so-called FANG group of companies — which includes itself, Amazon.com Inc., Netflix Inc. and Google parent Alphabet Inc. — after U.S. and European officials demanded answers to reports that U.K.-based political-advertising firm Cambridge Analytica retained information on millions of its users without their consent.

The social network fell as much as 6.5 percent on an intraday basis Monday, the most in more than two years, and was the biggest contributor to losses in the Nasdaq 100 Index, S&P 500 Index and the S&P 500 Information Technology Index as of 11:15 a.m. New York time.