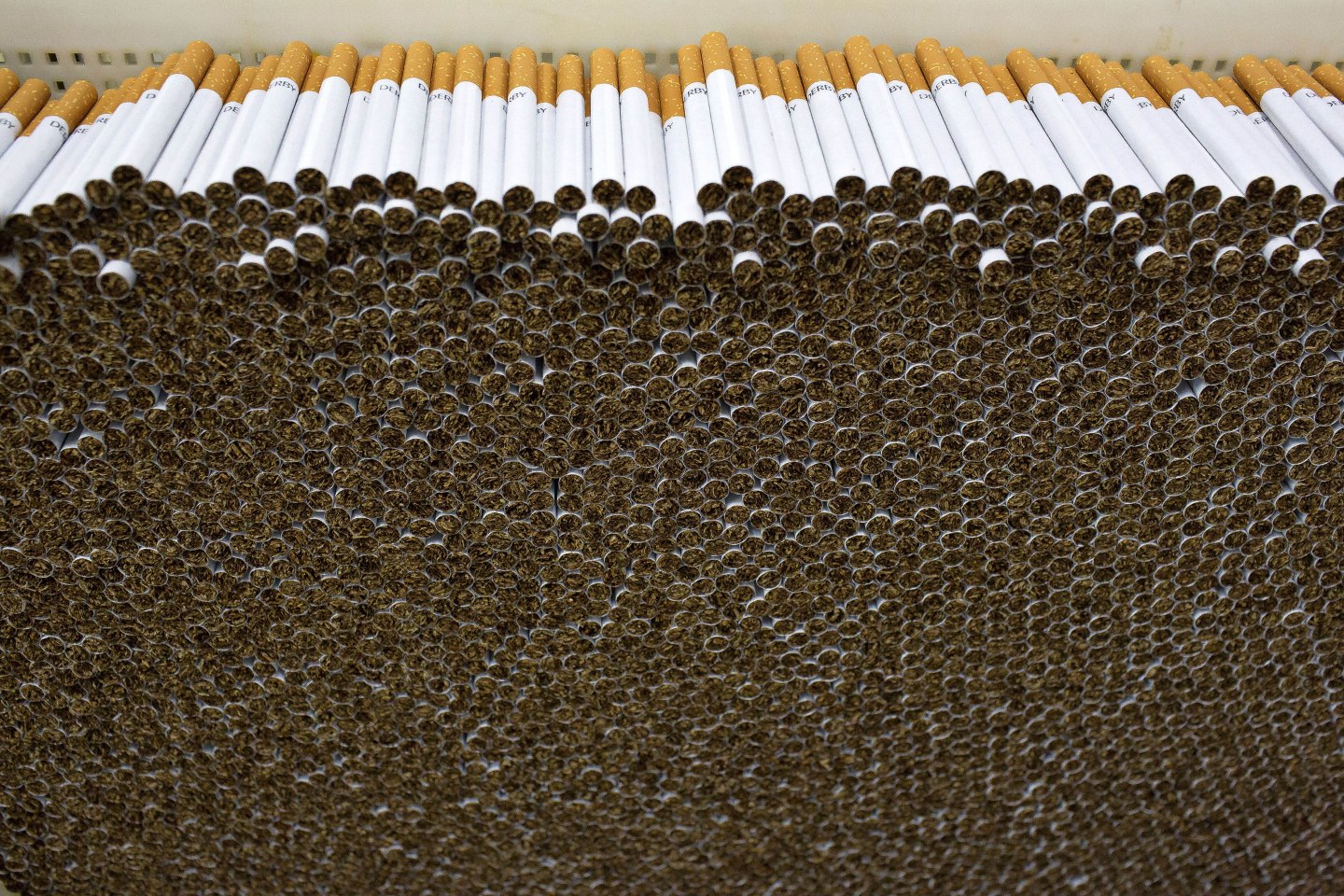 The U.S. Food and Drug Administration is pushing ahead with a plan to make cigarettes less addictive, a move that threatens to upend the tobacco industry and accelerate a shift toward new smoking technology.

The agency announced last summer that it wants to cut nicotine levels in cigarettes to nonaddictive levels. Thursday’s move, called an advance notice of proposed rule-making, is a first step in the complicated federal regulatory process. The public now has 90 days to comment on questions about the proposal and what level the upper limit should be.

Slashing the addictive substance could cause about 5 million adult smokers to quit smoking in the first year of adoption, according to the FDA. It could prevent 33 million people from falling prey to the habit by the end of the century and result in more than 8 million fewer tobacco-related deaths in that period. And smoking rates could drop from the current 15 percent to 1.4 percent.

The FDA plans to file two more rule-making notices — on one the impact of flavored tobacco, including menthol, and one on premium cigars. The FDA will also continue to consider other nicotine delivery systems that are potentially less harmful.

“Our plan demonstrates a greater awareness that nicotine, while highly addictive, is delivered through products on a continuum of risk,” Gottlieb said in a statement. “In order to successfully address cigarette addiction, we must make it possible for current adult smokers who still seek nicotine to get it from alternative and less harmful sources.”

The possible acceptance of reduced-risk products makes the FDA’s announcement a mixed bag for Big Tobacco. Accelerating the decline of smoking in the U.S. will probably weigh on sales, but cigarette makers have already been racing to find new moneymakers.

Tobacco stocks fell after the initial announcement, but soon pared their losses.

“Altria has already been preparing for any reasonable potential standard, and we plan to participate in every step of this process,” said Murray Garnick, the company’s executive vice president and general council.

“We look forward to working with FDA on its science-based review of nicotine levels in cigarettes and to build on the opportunity of establishing a regulatory framework that is based on tobacco harm reduction and recognizes the continuum of risk,” said James Figlar, executive vice president for research and development for Reynolds.

The FDA didn’t give a sense of how long the regulatory process will ultimately take. Matthew Myers, president of Campaign for Tobacco-Free Kids, warned of the dangers of taking it too slow.

“This is truly a once-in-a-lifetime opportunity to greatly accelerate progress in reducing tobacco use,” he said in a statement. “Today’s action is a first step, but it will only have an impact if the FDA quickly develops and implements a final regulation.”