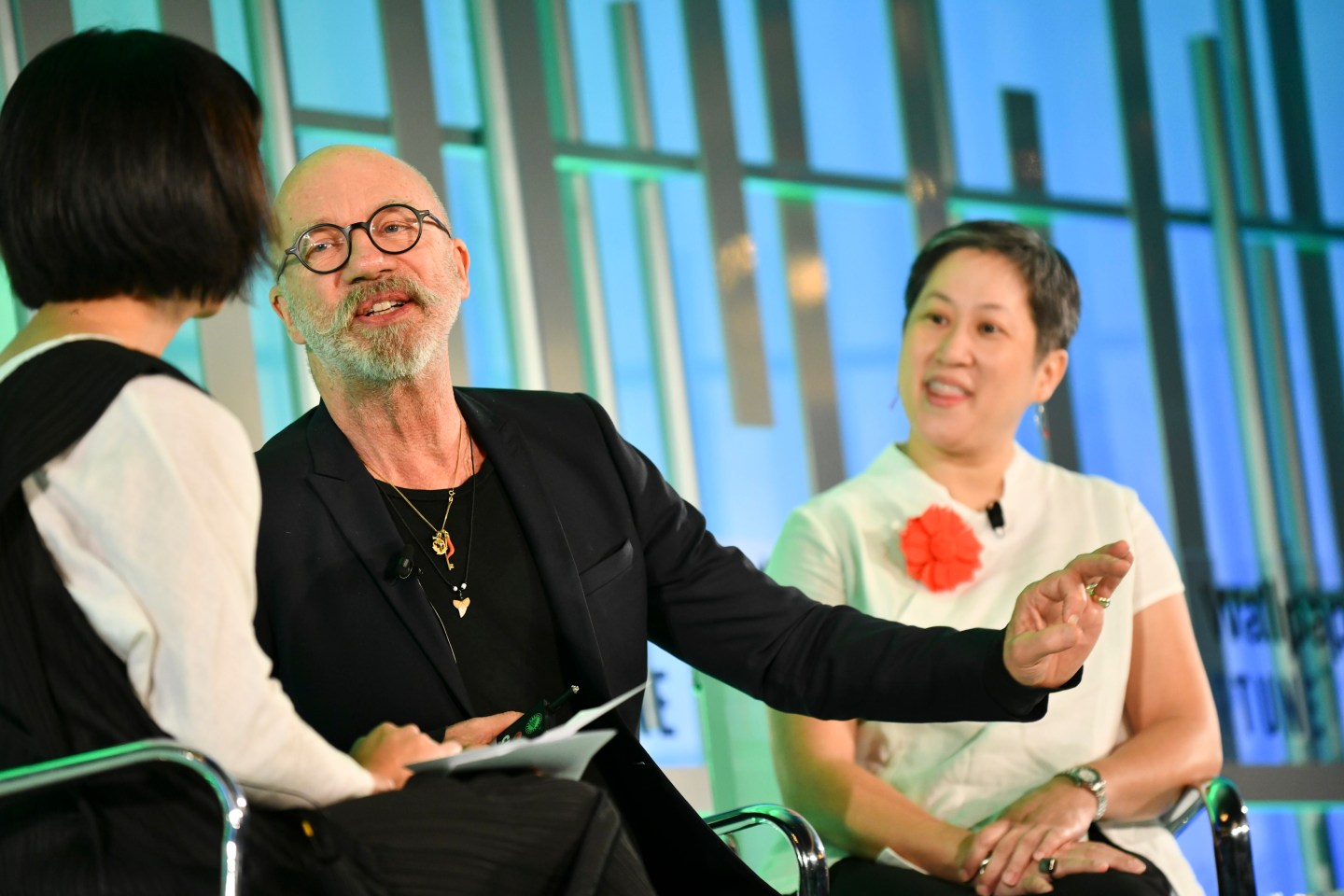 Grandiose architecture may help to put cities on the global design map, but it is in the spaces in between them that a city is truly nurtured, according to veteran British design Nigel Coates.

As a result, buildings should be in constant dialogue with public spaces, says Coates, the former head of architecture at the U.K.’s Royal College of Art and current director of his own design studio. Along with Tom Dixon and Ron Arad, Coates is often considered one of Britain’s leading designers.

He made the remarks Thursday during a discussion on designing for urban spaces at the Brainstorm Design conference held in Singapore, while presenting projects such as the National Centre of Popular Music in Sheffield (where passageways allow the public to flow through “as though in a pinball machine”) and a high-speed train station in Florence.

By contrast, in Singapore, Coates said, “The architectural bravado is in the buildings and not in its urban spaces.”

Hwang Yu-Ning, chief planner and acting deputy chief executive officer of Singapore’s Urban Redevelopment Authority (URA), conceded the point. “The spaces in between should have elements of fun and excitement, but we leave the bravado to the architecture.”

The land-constrained country’s carefully government-regulated model of urban planning works on three principles: taking a long-term view on planning, working closely with partner government agencies and the private sector, and transparency, or letting people know what is going on, said Hwang.

Just as important as data-driven planning is the actual design of a space. Under the URA’s City Hacks program, city planners consult with local communities to prototype urban initiatives. One, which involved installing restored pianos into concrete office building foyers for passers-by to gather around, has resulted in a weekly gathering of regulars in those spaces. “The ones who use a space daily are those who understand it the most,” says Hwang.

Singapore’s master plans are also constantly reviewed and refreshed to keep up with the ever-changing conditions of city living, as attracting and retaining global talent in the city is an “existential issue” for the city-state. “We only have one city so we can’t mess it up. We have no room to run elsewhere and start anew,” she added to laughter.

“There’s another dimension to cities, which is the magic that cities can offer. Cities offer unknown experiences and possibilities you can’t imagine, and that’s what makes cities effective,” concluded Coates.