Do We Need to Rethink the Meaning of Design Thinking? 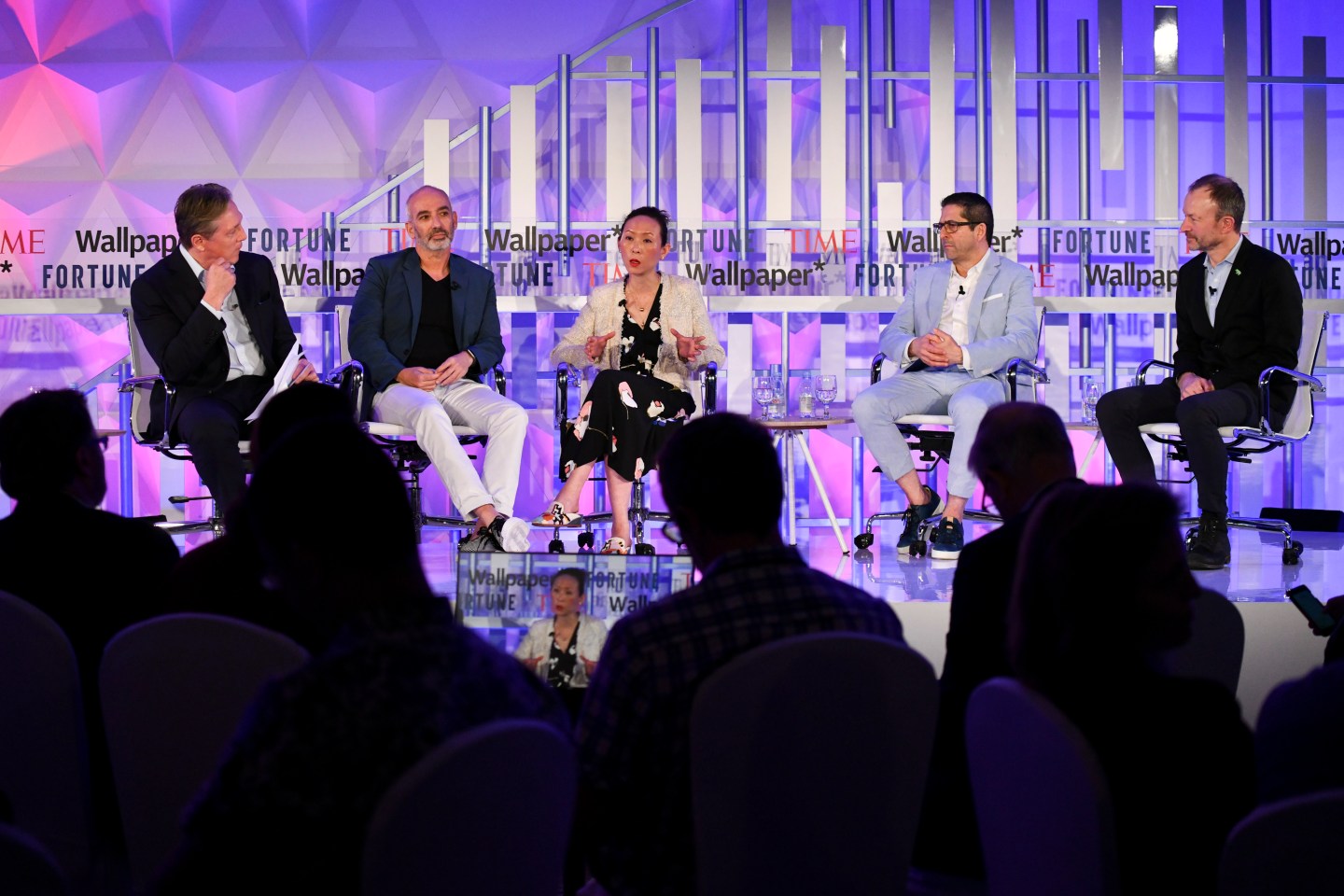 022 Fortune Brainstorm Design 2018 Wednesday, March 7th, 2018 Singapore 12:05 - 12:45 RETHINKING DESIGN THINKING: A TOWNHALL CONVERSATION Can design thinking work for all organizations and be applied to solve all problems? Can (and should) everyone be a designer? We’ll explore how the practice is being refined and cultivated by practitioners, how it is influencing strategy and innovation, and what companies and studios can do to ensure the process promotes creativity and successful business outcomes. Discussion Leaders: Gadi Amit, Founder and Principal Designer, NewDealDesign Natasha Jen, Partner, Pentagram Ernesto Quinteros, Chief Design Officer, Johnson & Johnson Harry West, Chief Executive Officer, frog Moderator: Clay Chandler, Brainstorm Design Photograph by Stefen Chow/Fortune
Stefen Chow/Fortune

Can design thinking work across all organizations? Can it solve all problems? Can and should everyone be a designer?

Four design experts—Harry West of Frog, Ernesto Quinteros of Johnson & Johnson (JNJ) , Gadi Amit of NewDealDesign, and Natasha Jen of Pentagram—weighed in for a spirited and interactive townhall debate about the definition of design thinking on Wednesday at the inaugural Fortune, Time and Wallpaper* Brainstorm Design conference held in Singapore.

Moderator Clay Chandler, chair of Brainstorm Design, kicked off the panel by directing the question of design thinking to Jen, who is particularly skeptical of all the hype around the concept of design thinking.

In a provocative presentation called “Design Thinking Is Bullshit” at a conference last year, Jen argued that design thinking was little more than a buzzword and lacked rigorous critique. Her firm is known for developing the visual identities of the likes of MasterCard, Windows, MoMA, Verizon, and Hillary Clinton’s 2016 presidential election.

“[Design-thinking] has a really long academic history to it,” said Jen, explaining that it originated in the 1960s as a way of getting engineers comfortable with the concept of design. “But over the last years, it’s become this really popular trend to the point where now it’s a buzzword. You’re beginning to see a lot of derailed versions of it … trying to promote the idea that anyone can design.”

“It’s very dangerous to try and universalize many processes and claim it as a single thing,” Jen added.

Openly disagreeing with her was Frog CEO, West. “Design thinking brings a lot of value to business,” he said. “Customers have more choices, so companies have to step up and design better. In order to do that, they need to engage the entire company … The great value of design thinking is it’s way of improving communication across the entire organization.”

Taking the middle ground was Quinteros, the first enterprise-wide chief design officer at Johnson & Johnson. Quinteros formerly served as the chief brand and design officer of Los Angeles-based Belkin International, known for its work on tech products like the iPhone and iPad cases.

“I really believe that designers are the advocates for people,” said Quinteros, who integrates the company’s medical device, consumer, and pharmaceuticals sectors with “care-centered” design thinking. This approach brings people and disciplines to the table who “weren’t necessarily invited to before.”

Falling into a similar school of thought as Jen is Amit, a technology designer who runs his own San Francisco-based design studio, NewDealDesign. Known for his work on Fitbit trackers and the Lytro camera, Amit believes that an obsession with empathy in the design world can waste time.

“The stuff we do is actually core product marketing, it’s innovation,” says Amit. “Design has the capacity to innovate, not only empathize with people.”

Amit stirred a debate with his remarks on the extent to which design talent is innate. “Everybody went to some music class when they were four or five, but not everyone is musician,” says Amit. “Can anyone here imagine Mozart not playing the piano? A six week course at Stanford won’t make you a designer.”

An audience-wide volley of heated but thought-provoking questions ensued. Are you really suggesting that no one should be encouraged to play music if they’re not Mozart? Don’t we all design our lives? Aren’t we all designers at some level?”

“I think there’s a false opposition set up here,” said West, swooping in to mediate the exchanges. “It’s not design versus design thinking. Design builds empathy. I will use the E-word.”

“People, can’t we all get along?” piped in Maria Giudice from the audience. The author of Rise of the DEO: Leadership by Design, said: “Design is such a broad term. It’s like innovation. It’s really based on context depending on what you’re trying to achieve. The common cause is improving people’s lives. At the end of the day, that is the ultimate goal.”

The discussion returned to Jen of Pentagram, who believes we’ve reached the “post-design” phase.

“We’ve moved beyond the simplistic understanding of design thinking,” Jen says in closing. “The entire strategy of understanding design is something that we really need to work on.”