Ripple’s Plan To Enhance, Not Kill, the Global Payments System 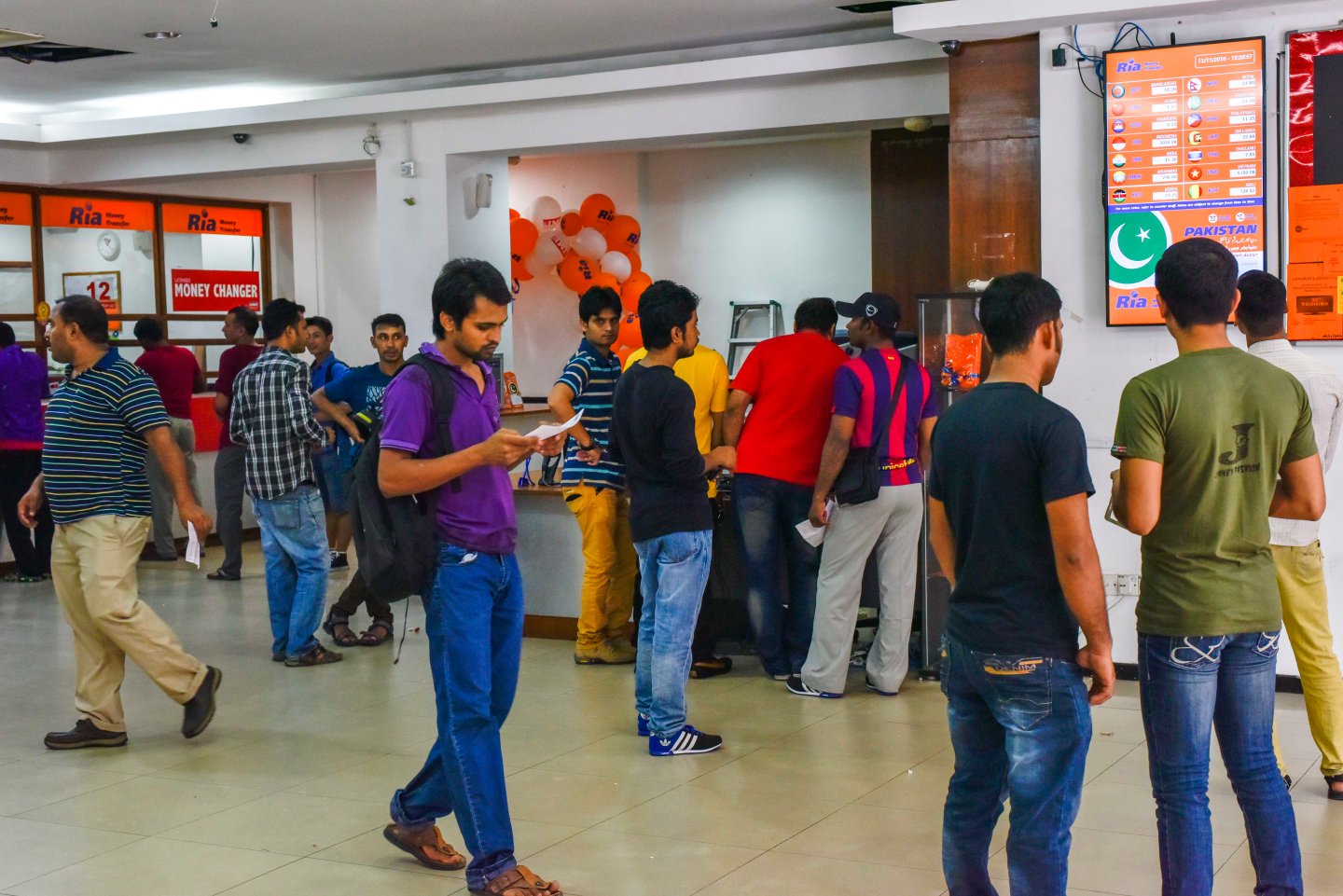 Migrant workers from India look at the exchange rates for Indian rupee at a Ria Money Transfer/Changers stall in Kuala Lumpur, Malaysia on November 11, 2016. All licensed money changers in Malaysia will no longer buy or sell the 500- and 1,000-rupee notes, said Malaysian Association of Money Services Business (MAMSB). In a statement on Thursday, the association said this was in line with the Indian governments decision to abolish the these notes, which were no longer be legal tender from Nov 9. (Photo by Chris Jung/NurPhoto via Getty Images)
Chris Jung—NurPhoto via Getty Images

If you’re more like me and less like the authors of Fortune’s outstanding blockchain and cryptocurrency site The Ledger, this newfangled stuff is more often than not clear as mud.

I don’t intend to completely elucidate it for you in one day. But to move myself along a bit, on Tuesday I visited with Chris Larsen, founder of Ripple, a company with its own cryptocurrency, called XRP. More importantly, Ripple sells software that allows financial institutions to trade its cryptocurrency, among other things. If this whole trend works out—and it’s still a big if—the software angle will be remembered as Ripple’s special commercial sauce.

I always start these conversations by trying to get to the heart of the matter. Though it has been explained to me many times, I asked Larsen to walk me through what the blockchain and cryptocurrencies are. (Bitcoin is a competitor to XRP.) Larsen patiently explained that the blockchain is just another network, in this case a network of ledgers, a concept familiar to accountants. The Internet as we know it was a data network, made up of databases. What Ripple believes it is contributing to is an “Internet of value,” says Larsen.

As a business, Ripple is focused exclusively on cross-border money transfers. That might not be something the average person dwells on. But businesses do. Sending money internationally is time-consuming and expensive. If money could move across networks the way email does—you don’t stop to ask someone what email network they use—there would be, says Larsen, “a Cambrian explosion of new businesses.”

In Larsen’s vision, existing banks and payment services like Citi (C) and JPMorgan Chase (JPM) and PayPal (PYPL) and Alipay all will continue to exist. But his “Internet of value” will be the system they use to talk to each other, just as the protocols of Internet interoperability currently stitch together the world’s email networks. It’s a plan for collaboration rather than zero-sum-game competition.

And it applies to individuals, too. Farmers in Tanzania can do all the Google searches they like right now, he says, but buying Google ads to sell their crops is a challenge because of currency translation issues.

Currency that moves as freely as email and converts into local currency just as emails convert into words on a page: That makes sense to me. It’s all becoming a bit clearer.