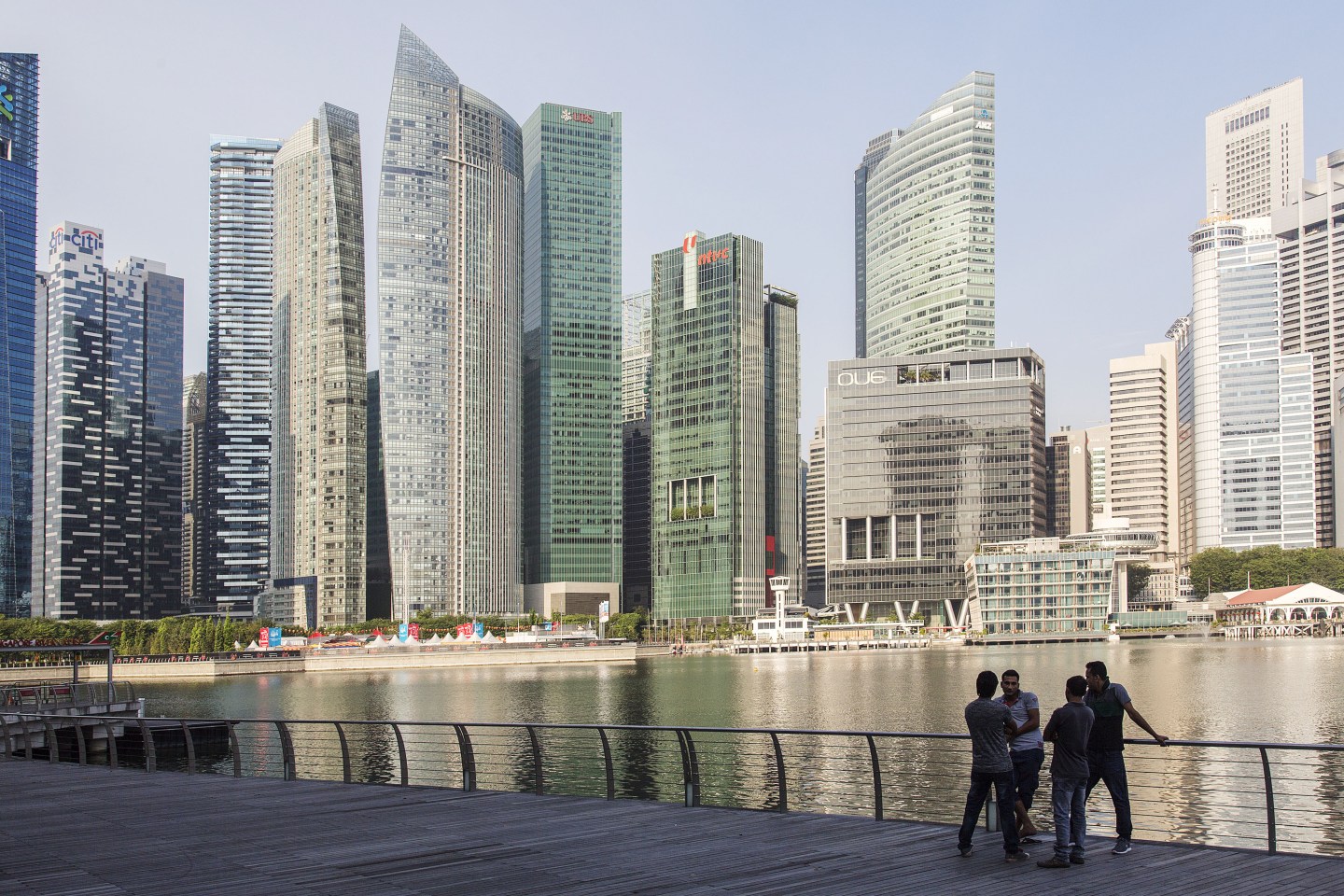 Pedestrian stand along a promenade in front of commercial buildings standing in the central business district in Singapore, on Friday, Feb. 16, 2018. Singapores dollar is little changed near a three-week high amid thin trading with many Asian markets closed for Lunar New Year holidays. The central bank will announce the amount of 30-year bonds to be auctioned next week in the only planned sale of this tenor in 2018. Photographer: Ore Huiying/Bloomberg via Getty Images
Ore Huiying—Bloomberg via Getty Images

Amid all the talk around design-thinking at the Brainstorm Design conference, what’s in it for the host city Singapore?

“To transform a little red dot [on the map] into a innovation economy and a livable city,” said Mark Wee, executive director designate of the Design Singapore Council (SDC), at the conference Thursday.

Established in 2003, the Design Singapore Council is an agency tasked with promoting design in the city-state.

From business to engineering, “We want to see a basic level of design skill in everyone,” echoed Agnes Kwek, the council’s incumbent executive director.

Singapore also aims to expand its design network globally. Kwek will be posted to Paris in October as a global design ambassador to deepen Singapore’s creative networking with Europe and North America.

The Lion City long ago identified design as an important business tool for its growth in Asia. Singapore is a member of ASEAN, the combined members of which make up the seventh largest economy in the world with a GDP of $2.4 trillion. With a population of 600 million people growing at an average of 5% for the past decade—growth projected to continue for the two decades—the ASEAN states, along with China and India, are massive markets of unmet consumer needs.

Design will become crucial in such a market. Between 2011 and 2015, Singaporean firms making design a key part of their business strategy increased 27% to 31%, translating to a business spend of $25 billion.

“Our job is connect the world to the Singapore brand,” said Kwek.