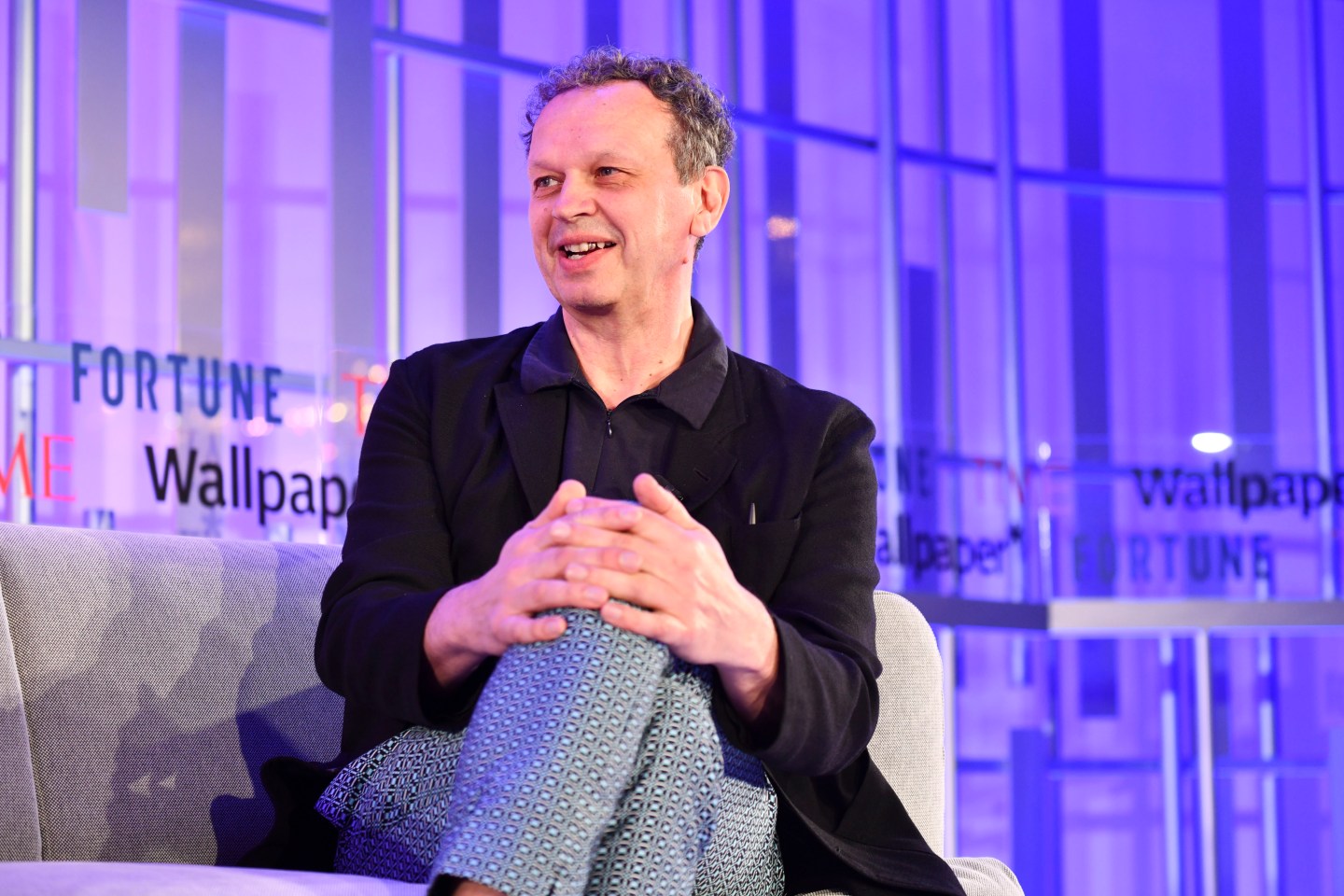 Tom Dixon has been at the forefront of furniture and interior design for the past three decades. The famously self-taught designer led the creative team at British furniture retailer Habitat before creating his eponymous brand in 2002, which is now featured in showrooms from Reykjavik to Tehran.

Despite being in the throes of preparations for his new HQ at London’s Kings Cross (which you’ll be able to read about in the April 2018 issue of Wallpaper*), Dixon flew to Singapore to tell the Brainstorm Design conference about his unusual start in the design industry and what’s next for his growing empire—doing so while seated on the Delaktig, an open-source, modular seating system he released with Ikea last month.

Addressing his lack of formal design training, Dixon acknowledged that “too many people who go to art school don’t encounter commerce early on; it’s very theoretical. But I always had to sell my work on the streets.”

The same entrepreneurial streak motivated him to start his own label. “I didn’t want to be in service to a bigger company,” he said. “In fashion design, people tend to have companies under their own names, so they have a degree of control over the way things are made, shown, communicated, and are in direct contact of the customer. I wanted to mimic them.”

The Ikea collaboration came from a similar desire to change the way the furniture industry did things. “Instead of perfecting an object, I sent the Delaktig into the world for other people to hack. The shape of the base frame—with an aluminum band around it—is reminiscent of the iPhone 4. Like the iPhone, people can add things on top, turning it into a sofa, adding lamps. I worked with 75 much faster, younger, fresher minds than my own, who added 75 ideas for it.”

Recalls Dixon: “I realized that [these young people] seem quite terrified of the modern world. The Japanese raised the bed so they could hide underneath during earthquakes, the Indonesians added inflatable elements so they could float in tsunamis, the Chinese added tents to shield from radiation.”

Lately, he has been taking his furniture to a new environment—specifically the waters of the Bahamas, where he has a sub-aquatic “furniture farm.” Four years ago he submerged ten chairs and two tables so that they would grow a skin of coral (“natural concrete”) on their surfaces.

“It’s a furniture project,” Dixon said, “but it also contributes to coral regeneration, and some day I’d like to do this on a more ambitious scale, so that people can pick chairs like fruits in the forest.”

The project underscores the power of creativity to transform objects. ‘”Design is a baggy and loose term that covers so many activities,” Dixon said. “I would describe design as alchemy—we designers turn base material into gold.”