Not Every Company Can Have a Steve Jobs. But Here’s What They Can Do. 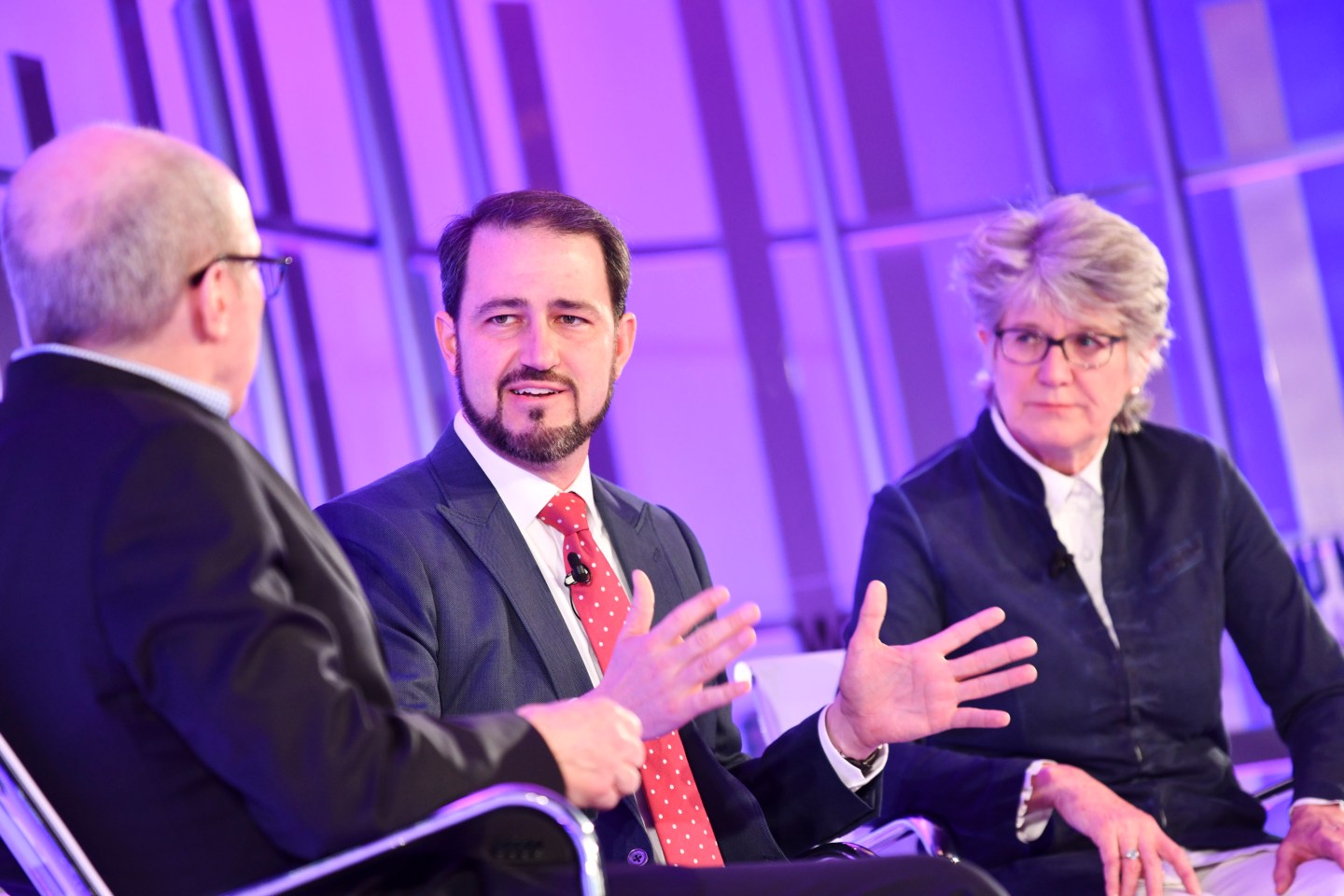 008 Fortune Brainstorm Design 2018 Tuesday, March 6th, 2018 Singapore 16:35 - 17:00 DESIGNING TO WIN: WHAT EVERY EXECUTIVE SHOULD KNOW For business leaders, especially those with traditional MBA backgrounds, unlocking the power of design requires new skills and an entirely new way of looking at the world. What are secrets of senior executives who use design effectively? What are the keys to collaborating effectively with designers? Is it better for businesses to work with external designers or build up their internal design capabilities? How can managers measure the return on the investments in design? What implications will embracing design thinking have for corporate structure and culture? Derrick Kiker, Leader, McKinsey Design (Asia Pacific); Partner, McKinsey & Company Jeanne Liedtka, UTC Professor of Business, Darden School of Business, University of Virginia Interviewer: Alan Murray, Meredith Corporation Photograph by Stefen Chow/Fortune
Photograph by Stefen Chow for Fortune

Every company wants to nurture the next Steve Jobs, or develop the next equivalent of the iPhone for their industry, but what should they do while waiting for a similar visionary to appear?

Instead of buying into the “Moses myth” – venerating a small cluster of genius individuals with the power to part waters – companies can tap on design thinking to systematically build a bridge, according to University of Virginia Darden School of Business professor Jeanne Liedtka, “It’s not one or the other – you can do both.”

Design thinking is a problem-solving methodology used by designers and business consultants to resolve complex issues. It favors a human-centered and iterative approach designed around the user of the proposed solution.

When Liedtka’s team recently tracked a U.S. government scheme to allow any employee anywhere in the country to submit ideas to improve their workplace, it found that one woman’s suggestion to reduce waiting times in her local hospital was potentially able to save the hospital a million dollars yearly.

“Now multiply that by the number of employees you’ve got,” Liedtka added. “But we ignore that. Because we only want big, disruptive novel things and ignore all the other ideas that we could implement [if we could] engage the other 90% of the organization to create value in the meantime.”

Likewise, implementing technology-led and design-led solutions within a company is “not an all or nothing switch”, says Derrick Kiker, a partner at McKinsey & Company and chief executive officer of design firm Lunar. The California-based design consultancy was acquired and folded into McKinsey, via its McKinsey Design Group, in 2015. The two disciplines are complementary, and design-led innovations can help to fill the space between disruptive ideas and technological upheavals, he says.

Kiker and Liedtka made their comments on a panel with Fortune president Alan Murray in Singapore, where more than 200 global designers, business leaders and entrepreneurs had gathered for the inaugural Fortune, Time, and Wallpaper* Brainstorm Design conference.

According to Kiker, companies can better adopt design thinking by providing a safe space for designers to work independently and creatively, and creating opportunities for collaboration by enabling both business and design teams to challenge each other, without a feeling of superiority on either side.

When implemented well, design thinking can entirely shift the entire culture of an organization, both speakers agreed.

She recalled the time when the National Aeronautics and Space Administration (NASA) approached her team to teach their scientists design thinking. Liedtka admitted being skeptical as “getting to Mars is clearly a technical problem”.

But the issue, according to NASA, was that their scientists could not communicate with each other, she recounted to laughter from the audience.

“All the solutions happen in the space between their specialties,” she explained. “Every technology has human beings working within it, and design offers a language and a way of communicating to complement the rapidly evolving technologies.

“Design is teachable and scalable, and it is an opportunity to include every single person in the company in the conversation,” she said.