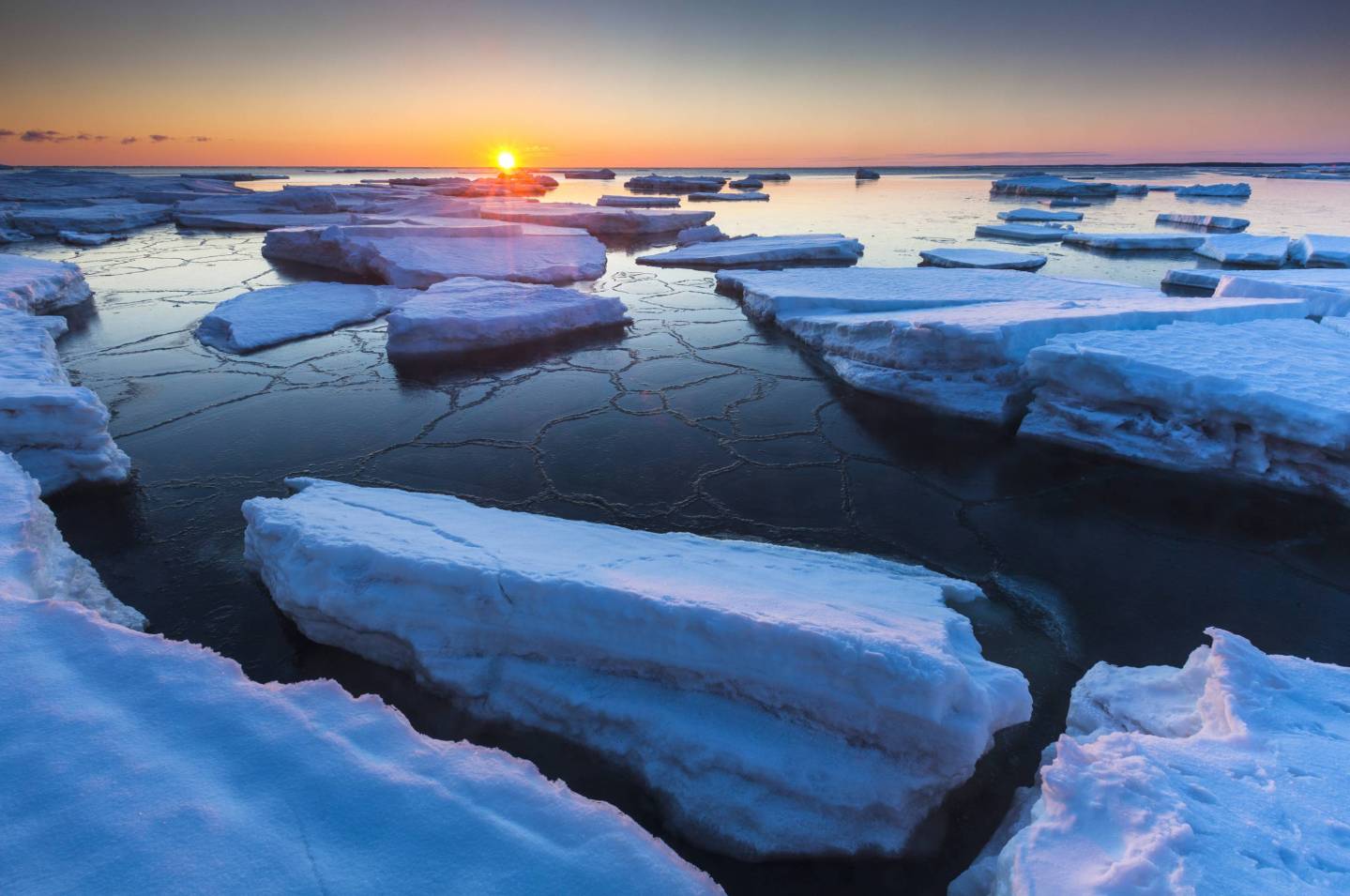 King penguins could see a 70% decrease in their population by the end of the century if they can’t find a new island habitat, according to a study published in Nature Climate Change.

The birds live in islands off of Antarctica in the Earth’s southern oceans, where global warming and climate change have led to rising sea levels and melting ice.

These penguins, unlike their emperor penguins relatives, live and breed on ice-free islands. Their homes aren’t in danger of melting away, but their source of food is being impacted by climate change.

King penguins swim as far as 310 miles to catch their food during the warmest part of the year, but rising temperatures will push the squid, fish, and krill they feed on closer to the South Pole, stretching the distance the birds would have to travel for their dinner.

This means the penguins are traveling farther and farther from their nests, and their hungry offspring, in order to hunt. Baby king penguins already wait more than a week for their parents to return with food, and lengthening the time they go hungry threatens their chances of making it to adulthood and reproducing.

“We know that penguin populations will collapse soon,” study co-author Céline Le Bohec, an ecologist at the Hubert Curien Multi-disciplinary Institute in France, told The Verge. “They are showing us the tip of the iceberg of what is happening in the ecosystems.”

Le Bohec and the research team developed a model to determine which islands where king penguins live would become vulnerable as temperatures rise and which might become better-suited for the birds. Then they validated their model through historical and genetic data, recreating the movements of king penguins during previous periods of climate change.

Half of the world’s king penguins, who live on the Crozet and Prince Edward Islands, will lose their habitat completely by 2100, according to the researchers’ model.

Penguins in the Crozet Islands will have to swim 435 miles to feed, study co-author Emiliano Trucchi, an evolutionary biologist at the University of Ferrara in Italy, told The Verge.

“They will need to either move somewhere else or they will just disappear,” Trucchi said. “The largest colonies are on islands that will be too far from the source of food,”

Finding a new ice-free home with the sandy and pebbly beaches where king penguins like to breed is not easy. The search means the birds have to travel hundreds or thousands of miles and will put them in competition with other penguin species for space and food.

While a 70% loss in population sounds extreme, it’s probably a conservative estimate, Jane Younger, an evolutionary ecologist at Loyola University Chicago, who was not involved in the research, told the New York Times.

Even before the fish and krill that penguins feed on begin to move farther south as oceans get warmer, they are vulnerable to overfishing and acidification with climate change. Scientists say this impact can be minimized with restrictions on activities like fishing and tourism, but the survival of the majority of king penguins depends on humans combatting global warming, according to researchers.

“I’m worried about the future of the species,” Le Bohec said.