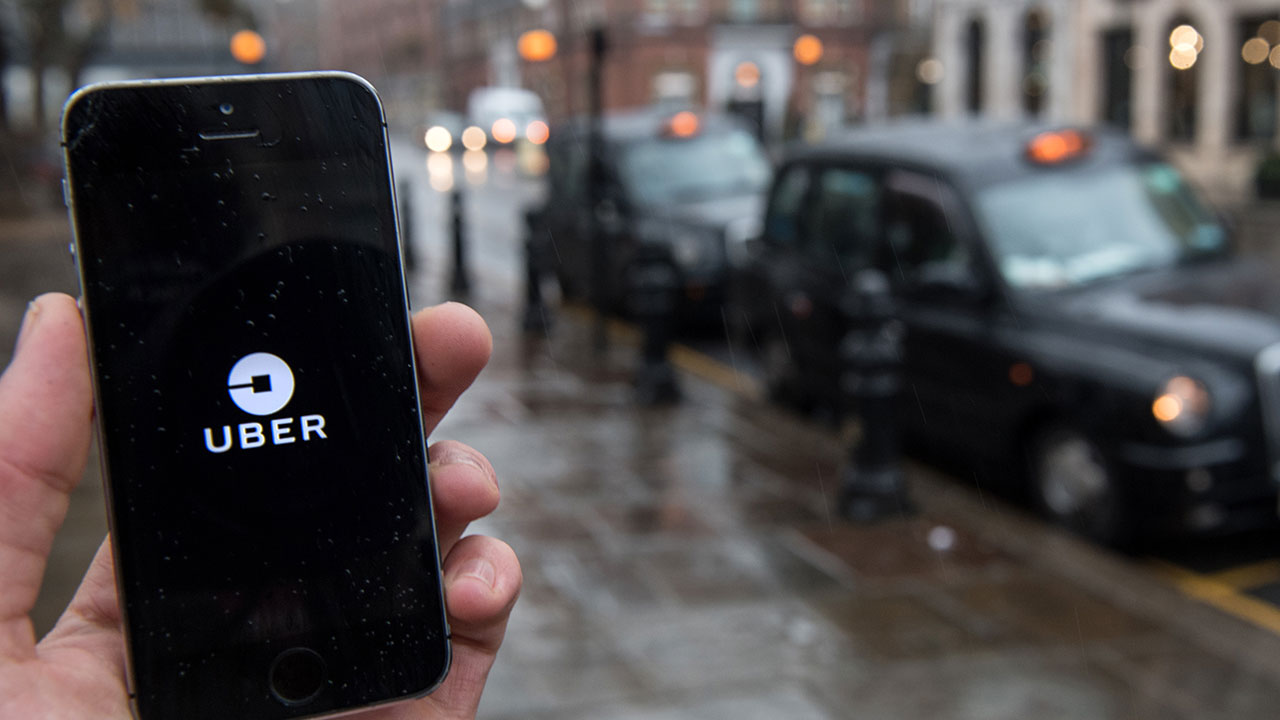 I try not to write about the same company twice in one week, but Uber’s just-released year-end results make the wildest of companies tough to ignore.

Let’s start with two numbers: $7.5 billion and $4.5 billion. The former is Uber’s 2017 sales, according to multiple reports Tuesday, when Uber shared results with investors. It’s a giant number. Were Uber a public company, which it has said it wants to be, such results would rank it No. 367 or so on the Fortune 500 list of the biggest companies in the U.S.

Here’s the thing about the Fortune 500, a list designed to show the industrial and financial might of the American economy: Most of the companies on it make money. Not Uber. It lost the latter number, a staggering amount. “There are few historical precedents for the scale of its loss,” writes Bloomberg’s Eric Newcomer.

Uber doesn’t file these numbers with the Securities and Exchange Commission, so it’s hard to slice and dice them. The loss includes things like write-downs, stock-based compensation expenses, depreciation, and legal costs. (Uber clearly hopes litigation payments aren’t recurring, especially since it has settled its acrimonious suit with Alphabet’s Waymo unit.)

Indeed, The Wall Street Journal reports that Uber’s cash burn for the fourth quarter was a “scant”—adjective: barely sufficient or adequate—$40 million. I’d say a quarterly burn of $40 million is indeed barely sufficient. It shows that despite its robust sales growth Uber still isn’t where it needs to be to go public.

In December, in Guangzhou, China, we announced that the 2018 Fortune Global Forum would be held in Canada. Today we’re proud to say specifically where and when: Oct. 15-17 in Toronto. The Global Forum brings together CEOs and government leaders to discuss broad business issues and topics of interest in the host country. Nine months out, as we plan this exciting—and close to home!—event, expect energy, infrastructure, and a robust home-grown technology industry to be among the issues that take center stage.

Keep away. Both AT&T and Verizon were expected to sell the newest Mate 10 Pro smartphone from Huawei this year, but reportedly backed off due to Congressional security concerns. Those concerns came out into the open on Tuesday, as intelligence agency leaders warned against using the Chinese company's telecom products. "We're deeply concerned about the risks of allowing any company or entity that is beholden to foreign governments that don't share our values to gain positions of power inside our telecommunications networks," FBI Director Chris Wray said.

Moving on. Foursquare’s president is stepping down from the location technology company to launch his own venture, Fortune reports. Steven Rosenblatt, president for the last six years, will launch what is likely to be an early-stage investment firm or accelerator.

Growing up. Apple held it annual shareholder meeting at its new Apple Park campus for the first time on Tuesday. CEO Tim Cook wasn't terribly forthcoming in answering investors' questions, but did say Apple's "wearables" sales, made up of the Apple Watch, AirPods and Beats, is almost as large as a Fortune 300 company. That's a reference to the $9.3 billion of annual revenue at #300 on our list, Alcoa.

Knocking on the door. There's a new player trying to crack DJI's dominance of the consumer drone market. California startup Skydio introduced its R1 flyer with an AI-based pilot assistance capability. But starting at $2,500, the R1 may have tough time stealing much business from DJI.

Joining together. Looks like there may be one fewer options for online computer backup. Carbonite is buying Dell's Mozy unit for $146 million. Last year, Code42's CrashPlan said it was ending its consumer backup service. Carbonite's stock price, down 14% so far this year, jumped 8% in after-hours trading on Tuesday.

Stubbed toes. Go90, Verizon's not exactly hit video streaming service, may be on the way out, digital media head Tim Armstrong said Tuesday at the Code Media conference. "Go90 was a super ambitious project, which was essentially trying to start an Internet mobile video service from scratch," Armstrong said. "It was highly likely we're going to stub our toe a huge number of times."

Thinking ahead. Leaders in the semiconductor industry gathered in San Francisco for the annual International Solid-State Circuits Conference and looked to a future without the steady improvements brought by Moore's Law. "New innovations are needed in instruction set architectures," David Paterson, professor emeritus at the University of California, Berkeley, said. "I think we are entering another renaissance in computer architecture."

When a startup replaces its founder with an outside CEO, it's sometimes seen as a bad sign about the state of the business. Seeking better answers, associate professors Michael Ewens at the California Institute of Technology and Matt Marx Boston University’s Questrom School of Business hand collected employment history data from hundreds of startups founded between 1995 and 2008 and tracked the companies through 2017. The initial data crunching found about 20% of founders were replaced and those companies had worse eventual outcomes than companies that stuck with their original leadership. But digging deeper they found a surprising link to non-compete agreements, and a rather different conclusion:

Therefore, we conclude that founder replacement, although it typically takes place among struggling startups, is beneficial on the whole. In our estimates, a 14% increase in the probability of a founder being replaced (one standard deviation) predicts a 25% higher probability of a successful exit.

Want to see what an atom looks like? A scientist at the University of Oxford figured out how to snap a picture of a single strontium atom. The coolness of the photographic feat may be inversely proportional to the tininess of the subject.