Danone to Sell Stake in Japan’s Yakult for $1.8 Billion 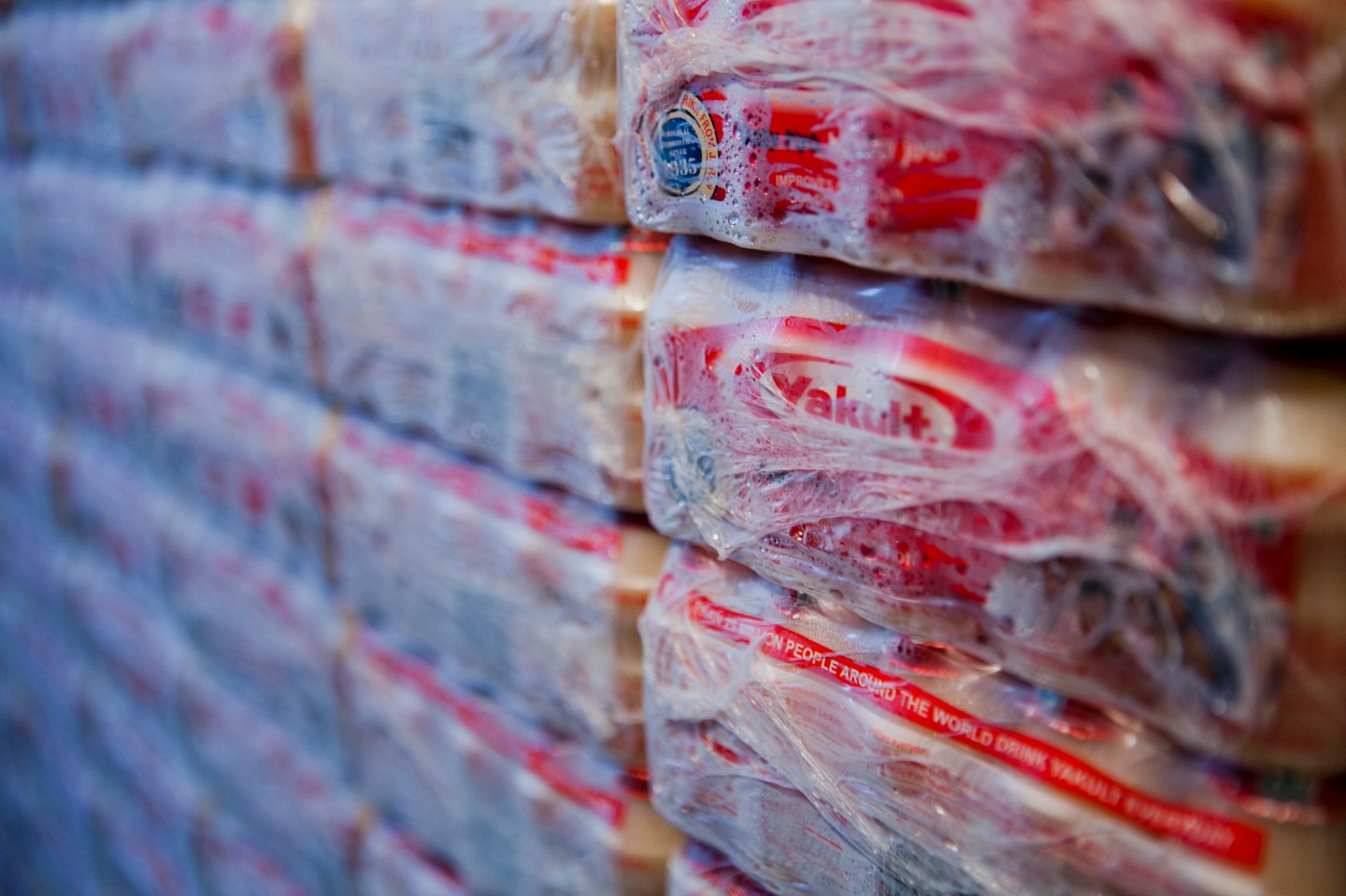 Yakult Honsha Co. probiotic drinks are stored in a refrigerated room at a Yakult Danone India Pvt. Ltd. Yakult center in New Delhi, India, on Monday, Aug. 6, 2012. In India, which Yakult entered in 2008 and where it has a joint venture with Danone, the company has hired Bollywood star Kajol Devgan as a brand ambassador. And it employs 250 so-called Yakult Ladies who zoom around cities on grey scooters to tell buyers how the drinks can improve their health. Photographer: Prashanth Vishwanathan/Bloomberg via Getty Images
Prashanth Vishwanathan—Bloomberg via Getty Images

Danone is selling about $1.8 billion worth of shares in Japan’s Yakult Honsha Co. as an activist investor pushes the world’s largest yogurt maker to boost its returns.

The move pares back an investment the French company has held for more than a decade, reducing its stake in Yakult to about 7 percent from 21 percent. Danone will remain the largest shareholder.

Activist fund Corvex Management six months ago built up a stake in the maker of Activia yogurt and Evian water, as European consumer-goods companies come under pressure to boost profit amid slow growth in mainstream brands. Danone had previously sought to raise its stake in Yakult, which makes probiotic and fermented milk drinks, though the Japanese company opposed such a move.

“We expect that there was slight pressure from the activist Corvex, which could be the reason for this move as strategically it made no sense any more for Danone to have such a large minority holding,” said Alain Oberhuber, an analyst at MainFirst Bank AG.

Danone didn’t comment on what it plans to do with the proceeds. Chief Executive Officer Emmanuel Faber has been trying to breathe new life into Danone’s largest business, yogurt and fresh dairy, as sales suffered from tougher competition and marketing missteps. The Paris-based firm acquired soy-milk maker WhiteWave for $10 billion last year as it seeks to branch out into faster-growing organic food and drinks.

The stake reduction will bring Danone more financial flexibility and allow management to focus more on its core business, Oberhuber said. It’s an ideal time to reduce the stake as Yakult shares have gained 29 percent in the past year, he added.

Danone rose as much as 1.4 percent early Wednesday in Paris.

Yakult will offer as many as 24.6 million shares held by its biggest shareholder in a secondary sale, including over-allotment, the Japanese company said in a statement.