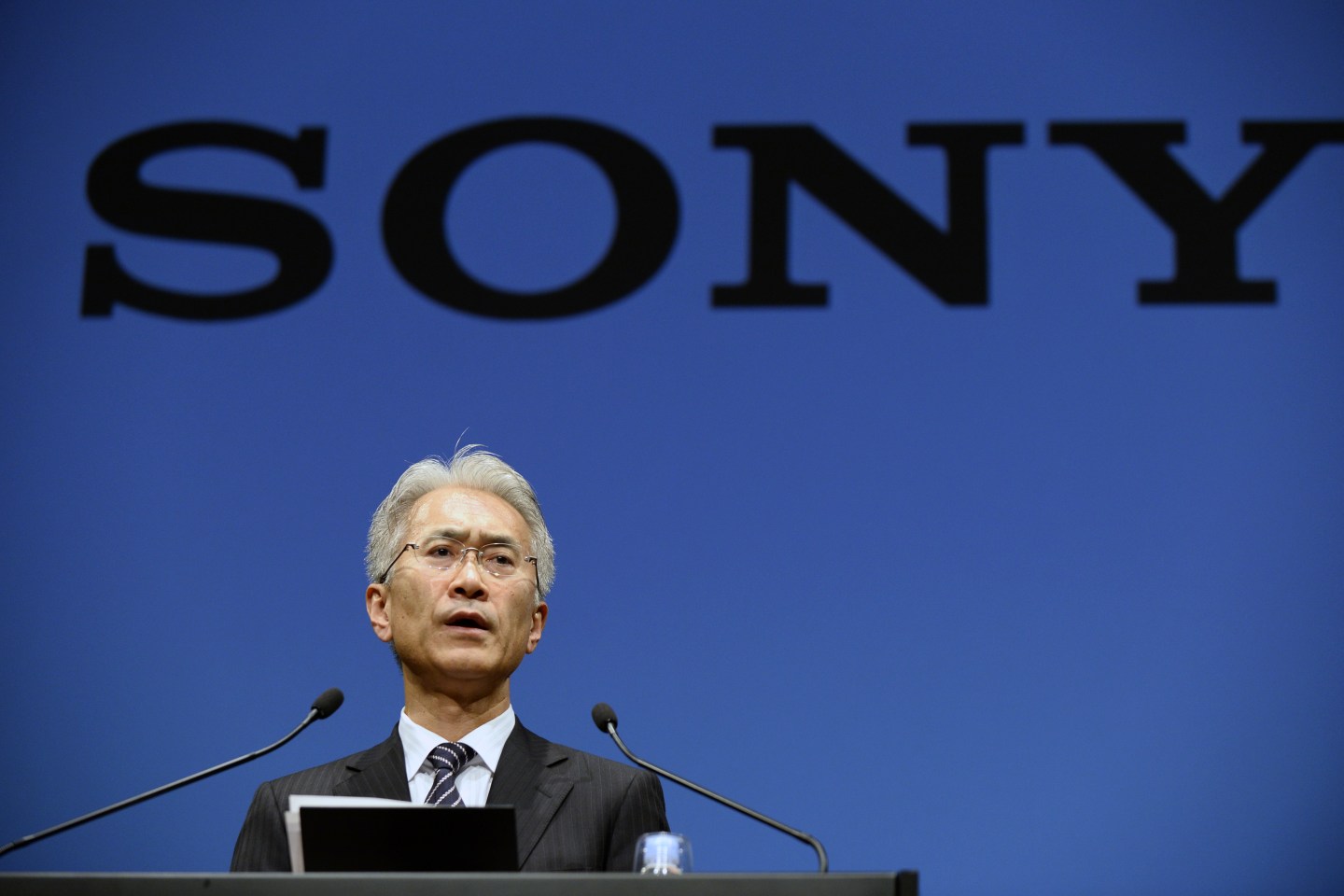 Sony Corp.’s promotion of Kenichiro Yoshida to chief executive officer elevates a veteran executive who was instrumental to the electronics icon’s turnaround by pushing through painful changes.

After leading Sony through a recovery since 2012, Kazuo Hirai will step down to become chairman of the Tokyo-based company. Yoshida, 58, is highly regarded for his role in bringing financial discipline after years of losses from consumer electronics. The pair have steered the Japanese company to recovery, with projections for record full-year earnings this fiscal year.

Hirai brought Yoshida into the top ranks from the internet services unit in November 2013 and half a year later appointed him as CFO and his right-hand man. Yoshida used the mandate to cut jobs, sell off Sony’s iconic Vaio personal-computer business, spin out its TV set unit and rein in the company’s destructive market share ambitions in smartphones.

“He knows Sony inside out and is content in playing to his strengths for profitable growth,” said Atul Goyal, an analyst at Jefferies Group. “Yoshida is very soft-spoken, but in person, you can see that he possesses a fierce intelligence and a clever political mind needed to navigate a large organization like Sony.”

A 30-plus year Sony veteran, Yoshida spent much of his career outside the company’s core electronics operations, including stints in finance and investor relations. From 2000 to 2013, he mostly worked for the So-net internet business, rising to the head of the unit in 2005 and taking it public.

Just a month after becoming CFO, Yoshida criticized predecessors for failing to change Sony as the electronics industry changed. He also began giving forecasts for specific sales and profit targets at individual segments, making businesses that span games, movies, music and devices accountable to investors as well as management.

As he led restructurings at moribund divisions, he compared them to emergency surgery and vowed there would be no “sacred cows.” Vaio quickly went on the block. Then he took a $1.5 billion writedown for overhauling the smartphone business. When it became clear the phone unit was still missing targets, Hirai replaced its head with Hiroki Totoki, Yoshida’s lieutenant since the So-net days. Totoki will now succeed him as CFO as of April 1.

“Hirai’s big mission was moving Sony from the red into the black, so with record profits now on the horizon, I suppose they decided it was time for a change,” said Hideki Yasuda, an analyst at Ace Research Institute. “The fact that the guys with strong records are moving up will be taken well by the market.”