What You Need to Know About Cecile Richards, Planned Parenthood’s Departing CEO 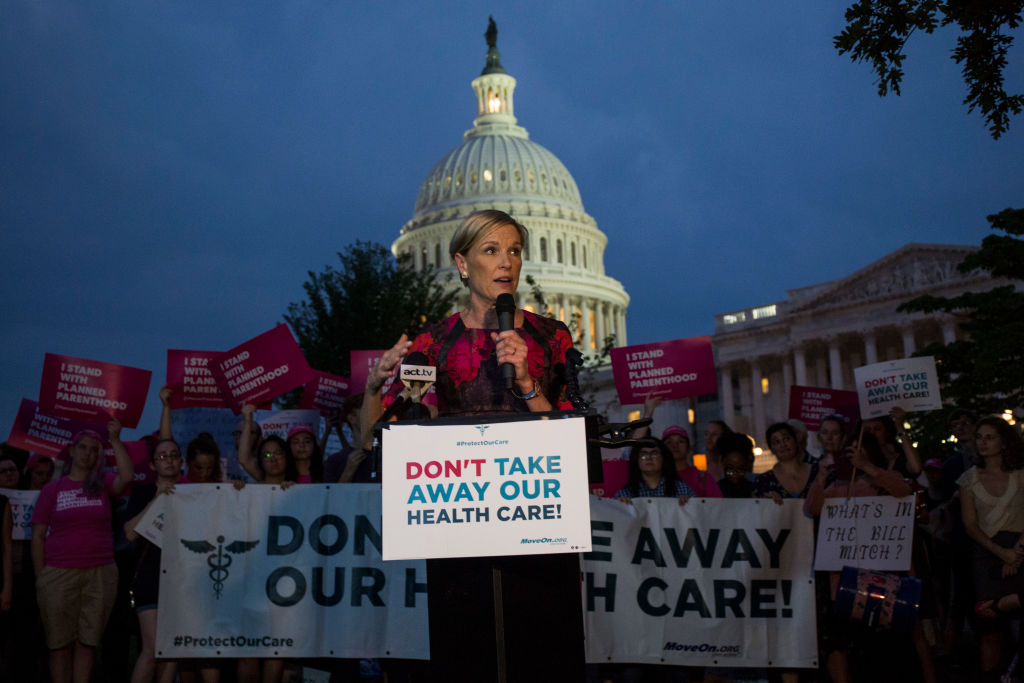 Cecile Richards, the CEO and president of Planned Parenthood, will step down from the organization this year. Her plans to leave the post were first reported by Buzzfeed on Wednesday.

“To all of you who count on Planned Parenthood, know that this organization will be here for you no matter where you live, how much money you make, who you love, or where you come from,” she said in a video posted on Twitter Friday.

After 12 years, I will be stepping down from my position as president of Planned Parenthood this year. pic.twitter.com/L6ttLDjyS1

People familiar with the matter said that Richards had indicated moving on from the organization if Hillary Clinton won the 2016 presidential race. Instead, she has spent the last year organizing as Donald Trump’s administration made plans to cut women’s healthcare funding.

The official announcement from the women’s healthcare and abortion rights non-profit, where Richards, 60, has worked for 12 years, touched on the threats to women’s health over the last year as well as the surge in support following the 2016 presidential election, when the organization saw donations increase to 40 times the usual rate.

This departure will mark a significant shift for Planned Parenthood, but here’s some of what Richards has done in her career and during her tenure at the organization.

Richards may have inherited her capacity for activism and organizing from her parents.

She is the daughter of late Texas governor Ann Richards, famous for her wit (like the time she said George Bush was “born with a silver foot in his mouth”) and David Richards, a civil rights lawyer.

Richards eventually worked on both of her mother’s gubernatorial campaigns, but her activism didn’t begin there.

She ran a neighborhood recycling program and protested the war in Vietnam before she graduated high school. Richards then went on to Brown and worked as a labor organizer for 15 years after graduating.

During that time, she met her husband while organizing hotel workers in New Orleans. The couple now has three children.

Richards took the helm of Planned Parenthood in February 2006.

“I almost didn’t even go to the interview. I felt like I’ve never run anything that big. I don’t know how to do that, ” Richards told People last year. “And mom said that if women don’t start doing more than they ever thought they could, we’re never going to get anywhere.”

Not long after she started the job, Richard’s mother died of esophageal cancer.

She’s fought battles in her home state of Texas and around the country as conservative state legislatures passed laws that would limit access to women’s healthcare.

The 2011 measure passed by former Texas governor Rick Perry, which was the first of many similar state laws passed across the U.S., requires women to get an ultrasound and wait 24 hours before getting an abortion—drastically diminishing the number of facilities that can legally provide the procedure.

“For women, access to reproductive healthcare isn’t a political issue,” Richards told the New York Times. “The women who walk into Planned Parenthood clinics come from every background, every political persuasion.”

Planned Parenthood, under Richards’ leadership, played a significant role in getting Democrats to adopt abortion rights as part of their platform.

Planned Parenthood in the Trump Era

Trump has assembled one of the most anti-abortion cabinets in history and the administration has made several decisions that impact women’s health choices in the last year. From rolling back contraception coverage, to allowing states to defund Planned Parenthood, to cutting funds for teen pregnancy prevention programs, Trump’s GOP has chipped away at reproductive rights.

“This White House has been worse for women than any administration in my lifetime,” Richards told People last July.

She’s spoken at marches and rallies, including the recent 2018 Women’s March in New York City, and has worked to energize supporters as Republicans move toward canceling $550 million in federal funding for the basic non-abortion health services Planned Parenthood provides to 2.5 million men and women each year.

Richards made nearly $700,000 in the 2015-2016 fiscal year according to the most recent tax documents from Planned Parenthood.

Her salary as Planned Parenthood’s CEO has been brought up repeatedly by Republican lawmakers who argue that it proves the organization doesn’t need federal funding.

In 2015, at a hearing before the House Oversight and Government Reform Committee following the release of controversial videos about Planned Parenthood’s collection of aborted fetal tissue, the discussion of her compensation prompted claims of sexism. Her paycheck puts Richard in the top one percent of American incomes, though it’s relatively low compared to the CEOs of other healthcare nonprofits.

Richards did not indicate her plans for the future, but she is set to release a memoir in April with publisher Simon and Schuster titled Make Trouble: Standing Up, Speaking Out, and Finding the Courage to Lead — My Life Story.