How America Ranks When It Comes to Women in Politics 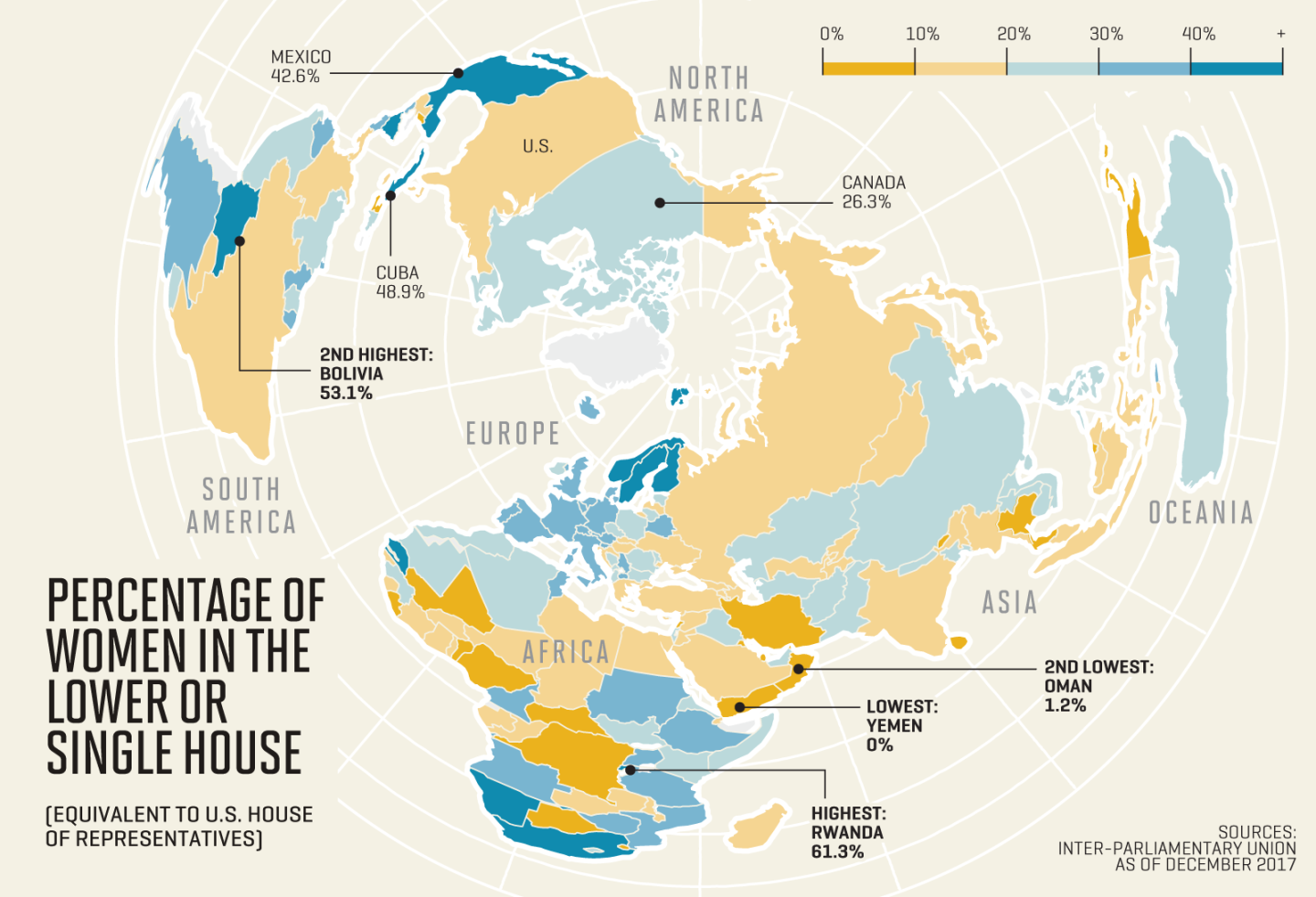 When Democrat Tina Smith took the Senate seat vacated by embattled Senator Al Franken, her swearing in was a watershed moment, bringing the number of women in the Senate to a record 22. But don’t pop the champagne just yet. Despite recent years’ progress, women still represent far fewer than half of U.S. legislators. Just 19.4% of members of the House of Representatives are female (it’s only slightly higher in the Senate), and the executive branch is still without its first women leader. Accounting for the totals on the Hill, the U.S. places 99th globally in terms of percentage of female legislators or parliamentarians—not a great showing, but particularly weak compared to other Western countries. While the U.S. narrowly beat out Kyrgyzstan, it still wound up two spots below Saudi Arabia. A version of this article appears in the Feb. 1, 2018 issue of Fortune with the headline “Women Senators Break a Record, But There’s Still a Long Way to Go.”