Data Sheet—Angered by the Rise of the ‘Raw Water’ Startup? Don’t Be. 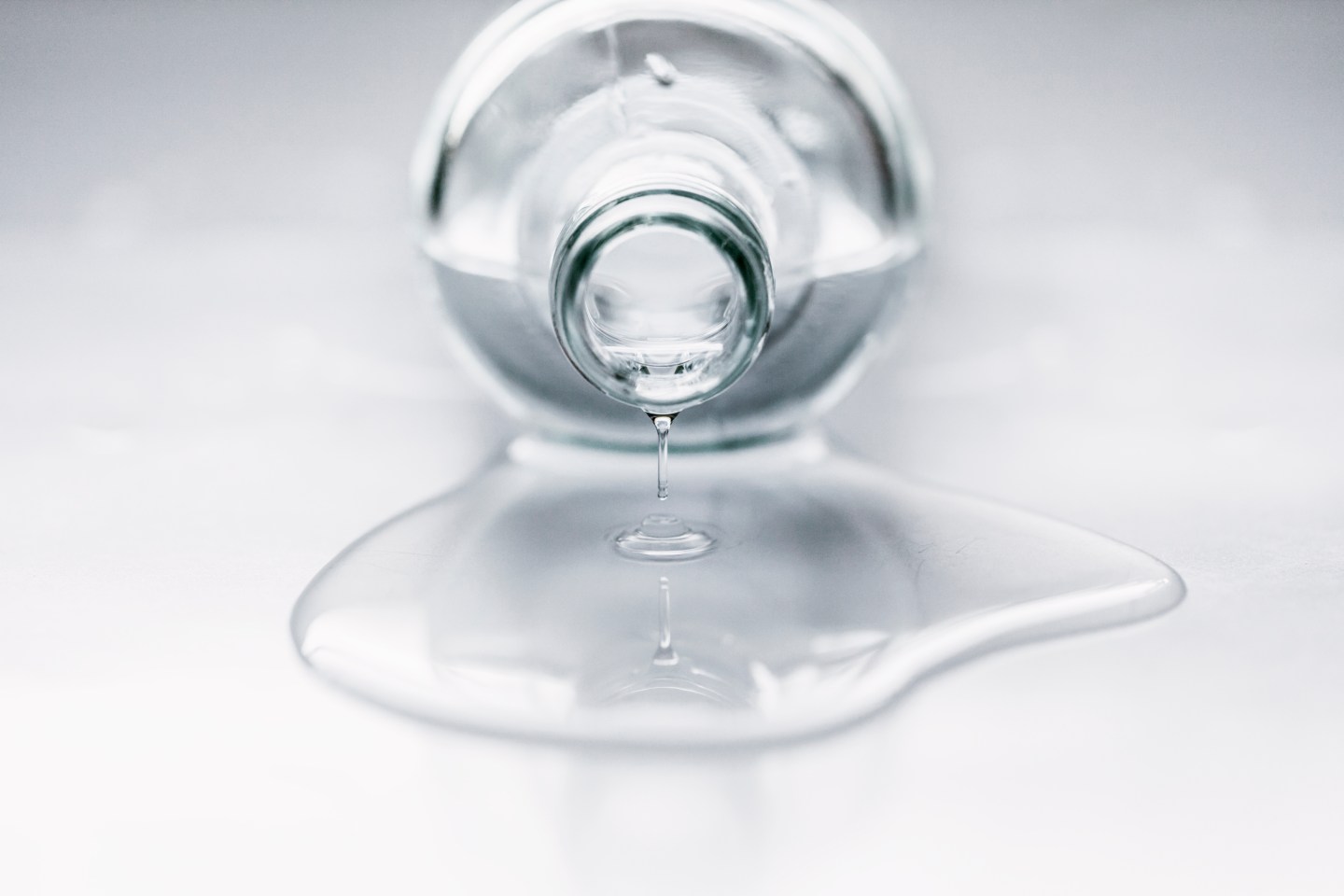 The dust has hardly settled on abandoned Juicero machines, yet already the world has moved on to the latest tech lifestyle outrage: unfiltered, untreated, unsterilized spring water, sold at upwards of $20 a gallon. A recent report by Nellie Bowles in the New York Times noted a rise in untreated water startups—backed by venture capital, naturally—on both U.S. coasts as American consumers spend their hard-earned cash on H2O that is, to paraphrase one person in the story, simply more refreshing. It’s the real thing™!

Fast appear the pitchforks for Silicon Valley. Damn the American consumer who dares to pay for such frivolities, never mind the fact that we spend more than $10 billion a year on bottles of stuff that otherwise flows freely from our taps—and one of the most popular brands ships its product in from a tiny island in the Pacific Ocean. Damn the investors for making money on such lunacy, damn the paranoiacs who think the added fluoride in our public water systems is a mind-control drug, damn the Times for running a massive photo of a startup founder who thinks water “expires” and is described as “sitting naked and cross-legged on a hot spring, his long brown hair flowing over his chest.” (As the Internet says: #GTFOH.)

Here’s the thing: We absolutely should be outraged about water, but not this stuff. We should be outraged that California water utilities use a business model that left them with revenue shortfalls after residents used less water during the drought of 2011-17. We should be furious that it can take thousands of gallons of water to manufacture just one of the chips that power the electronic devices we use. We should be indignant that “water is the new oil” (sorry, data) and yet investment lags other categories, the timeline for this revolution being too long for many investors who otherwise seek to change the world.

Boil it, broil it, bake it, sauté it, buy it, or imbibe it raw—it doesn’t matter. The biggest risk factor to Silicon Valley and the world at large isn’t overpriced water. It’s none at all.

All you've got to do is blow your nose and it's fixed. With all the details of the Spectre and Meltdown security attacks now public, tech companies are rushing to issue fixes. Intel issued a patch for Meltdown that it says makes its CPUs immune, while Apple said it would issue a patch for the Safari web browser after already updating its various operating systems. And P.S.: Intel CEO Brian Krzanich said there won't be any chip recalls.

There's been a little complication with my complication. Former Uber CEO Travis Kalanick has been a controversial figure at the ride hailing startup since giving up the top post in June. Now Kalanick plans to sell 29% of his stake in the firm to a group led by SoftBank for about $1.4 billion, Bloomberg reports. His remaining stake will be worth about 7% of the company.

Listen, kid, we're all in it together. Speaking of actual billionaires, Mark Zuckerberg posted his personal goals for 2018. Instead of learning a new language, Zuck says he's going to focus on fixing Facebook. "We won't prevent all mistakes or abuse, but we currently make too many errors enforcing our policies and preventing misuse of our tools," Zuckerberg wrote.

I'm a bit of a stickler for paperwork. Music industry mogul Jimmy Iovine is planning to leave Apple this summer, after shares he obtained when the iPhone maker bought Beats in 2014 fully vest, Billboard reports.

It's been confusion from the word go! Struggling camera maker GoPro tried to expand into the drone business, but suffered one misstep after another. Now the company will lay off up to 300 people in that unit, TechCrunch reports.

My good friends call me Harry. Smart speakers were a top holiday gift purchase and have become the fastest growing segment of the consumer tech market, led by Amazon's Alexa line, research firm Canalys says. Shipments will grow more than 10 times over from 2016 to 2018, when they will reach 56 million worldwide.

(Today's quote headlines brought to you by a favorite Terry Gilliam flick from 1985.)

The revelations of major security holes in the design of most modern microprocessors has alarmed users and security experts alike. But taking a longer-term view, Albert Wenger, a partner at VC firm Union Square Ventures, sees a silver lining. Fixing and patching the problems will prompt quicker upgrades and new innovations, he writes. Among other benefits, the crisis will demonstrate the strength of cloud computing, as a few big providers will patch the code for millions of users, he says.

One might think that Meltdown and Spectre are terrible for cloud computing as they break through all memory isolation, so that an attacker can see everything that’s in memory on a physical machine (across all the virtual machines). But I believe the opposite will be true if you think of cloud computing as true utility computing for small code chunks as in AWS Lambda, Google Cloud Functions or MongoDB Stitch. This to me has always been the true promise of the cloud, not having to muck with virtual machines or installing libraries. I just want to pass some code to the cloud and have that run. Interesting historic tidbit. The term “utility computing” goes back to a speech given by John McCarthy in, wait for it, 1961. Well, we now finally have it and, properly implemented, it will be secure.

Inside the Eccentric, Relentless Deal-Making of Masayoshi Son (Bloomberg Businessweek)

Early last year, Cheng Wei, founder and chief executive of the Chinese ride-hailing juggernaut Didi Chuxing, tried to resist taking money from legendary investor Masayoshi Son. Cheng told the SoftBank Group chief he didn’t need the cash because his company had already raised $10 billion, according to people familiar with the matter. Fine, Son said, then suggested he might direct his support to one of Didi’s rivals. Cheng relented and took the investment: $5 billion in the largest fundraising round ever for a tech startup.

There's no press room at CIA headquarters, like there is at the White House. The agency doesn’t hand out press passes that let reporters walk the halls, the way they do at the Pentagon. It doesn’t hold regular press briefings, as the State Department has under most administrations. The one advantage that reporters covering the CIA have is time. Compared to other major beats in Washington, the CIA generates relatively few daily stories. You have more time to dig, more time to meet people and develop sources.
I started covering the CIA in 1995. The Cold War was over, the CIA was downsizing, and CIA officer Aldrich Ames had just been unmasked as a Russian spy. A whole generation of senior CIA officials was leaving Langley. Many wanted to talk.

If your friends and family are anything like my friends and family, you’ve been hearing a lot of complaints about Apple design recently. In fact, enumerating the ways Apple design fails consumers seems to have become an international pastime. Google “Apple design sucks,” and you’ll find a never-ending litany of the seemingly infinite ways that this ostensible paragon of design excellence misses the mark: The Watch isn’t out-of-the-box intuitive; the latest keyboards are annoying and fragile; Apple Pencils are easy to lose; the iPhone has been flawed ever since Apple introduced that camera lens that juts out on the back, and things have gotten worse with the “notch” on the screen of the iPhone X.

In Praise of the Telescopic Perspective: A Reflection on Living Through Turbulent Times (Brainpickings)

It has been a difficult year — politically, personally. Through it all, I have found solace in taking a more telescopic view — not merely on the short human timescale of my own life, looking back on having lived through a Communist dictatorship and having seen poems composed and scientific advances made under such tyrannical circumstances, but on far vaster scales of space and time.