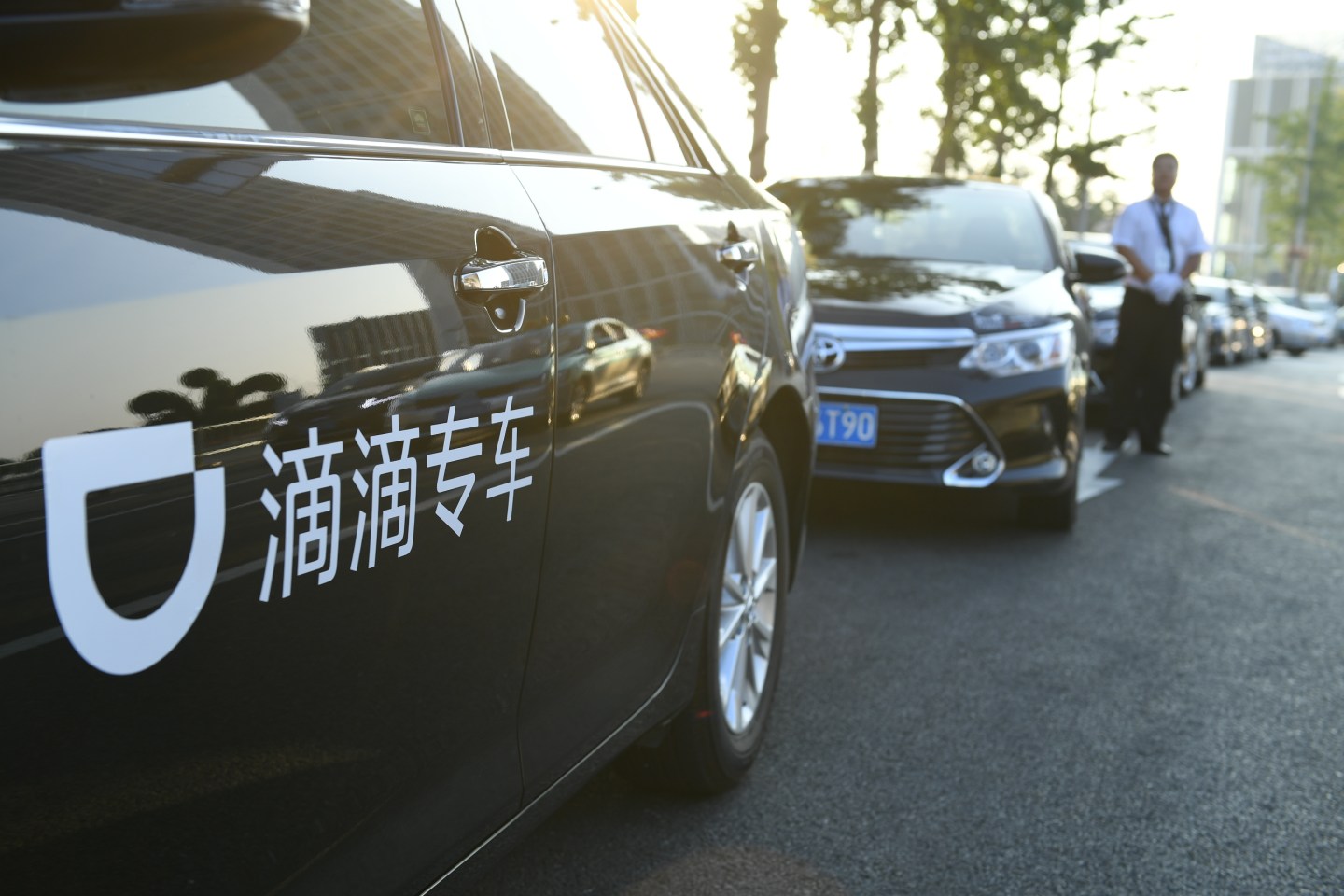 DALIAN, CHINA - JUNE 27: Cars of Didi Chuxing park outside Dalian International Conference Center during the Annual Meeting of the New Champions 2017 (World Economic Forum's Summer Davos session) on June 27, 2017 in Dalian, Liaoning Province of China. The forum is held from June 27 to 29 in Dalian. Didi Chuxing, a major ride-sharing company in China, provides car service for guests during the forum. (Photo by VCG/VCG via Getty Images)
VCG/Getty Images

China’s ride-hailing application Didi Chuxing has agreed to acquire control of Brazil’s 99, the companies said in a statement on Wednesday, potentially creating a formidable rival to Uber in Latin America’s largest economy.

The companies did not disclose the stake acquired nor the value, but two people familiar with the deal told Reuters that the transaction would value 99 at over $1 billion and that Didi would hold a ‘significant majority’ of the Brazilian firm.

Brazilian newspaper Valor Econômico earlier reported the valuation of the deal and the investors involved.

It has previously partnered with overseas ride-hailing companies to offer reciprocal services in other countries, but Didi is now looking to launch its own services overseas.

Didi’s Mexico entry represents the 4-year-old firm’s first move to deploy drivers under its own brand outside of China.

Cheng Wei, founder and chief executive of Didi, said in Wednesday’s statement that “globalization is a top strategic priority for Didi.”

Didi first invested $100 million in 99 in January 2017, getting a stake and management rights in the Brazilian app.

One source with knowledge of the matter said the funds selling their stakes in 99 started looking for a buyer several months ago, in mid-2017.

Riverwood, Monashees, Tiger Global, and SoftBank did not reply to requests for comment.

Didi has made no secret of its desire to expand beyond China, particularly in light of the growing number of Chinese customers who travel overseas.

The firm sealed its dominance in the Chinese market after buying out Uber’s local China business in 2016, ending an expensive subsidy war that cost the U.S. firm roughly $2 billion.

In December, Didi raised $4 billion from investors, in part to fund global expansion, following on from a $5.5 billion fundraising in April.