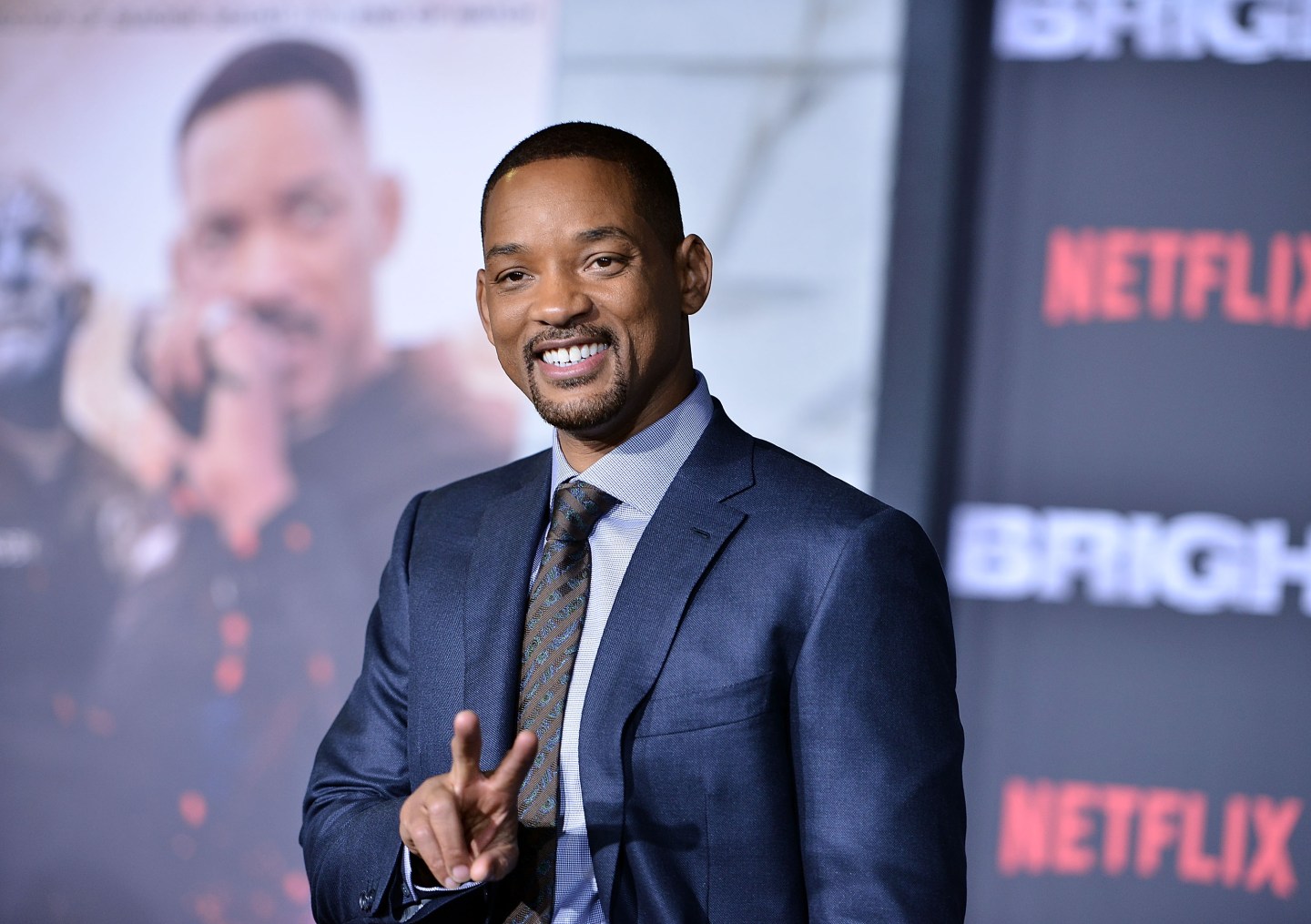 Netflix‘s (NFLX) ambitious attempt at a big-budget film, “Bright” starring Will Smith, drew an enough viewers in its first three days to rival the opening-weekend audiences of several top Hollywood movies this year, according to Nielsen data.

“Bright” got 11 million viewers Dec. 22 through 24 in the U.S., Nielsen said Thursday. If those viewers had each paid the national average movie-ticket price of about $9, that would’ve been a $99 million debut at the box office—roughly what Universal Pictures’ “The Fate of the Furious” did in April.

Some caveats to those numbers: Netflix subscribers use the service to get a variety of programming, and might not have paid to go see “Bright” if it was only available at the theater. And Netflix disputes Nielsen’s methodology to begin with, in part because it only measures views on televisions, leaving out computers and phones. Netflix doesn’t release its own audience data.

But the numbers have to be encouraging for Netflix, which spent about $90 million to make “Bright.” The buddy-cop film, with elements of “Lord of the Rings”-style fantasy, only got positive reviews from 12% of top movie critics on Rotten Tomatoes.

The viewership well exceeds the 3 million Americans who watched the first episode of the most recent season of “The Crown” earlier this month, but trails the 15.8 million who tuned into the first installment of “Stranger Things 2″ in October, according to Nielsen.