The Ultimate Porsche 911 Comes From California 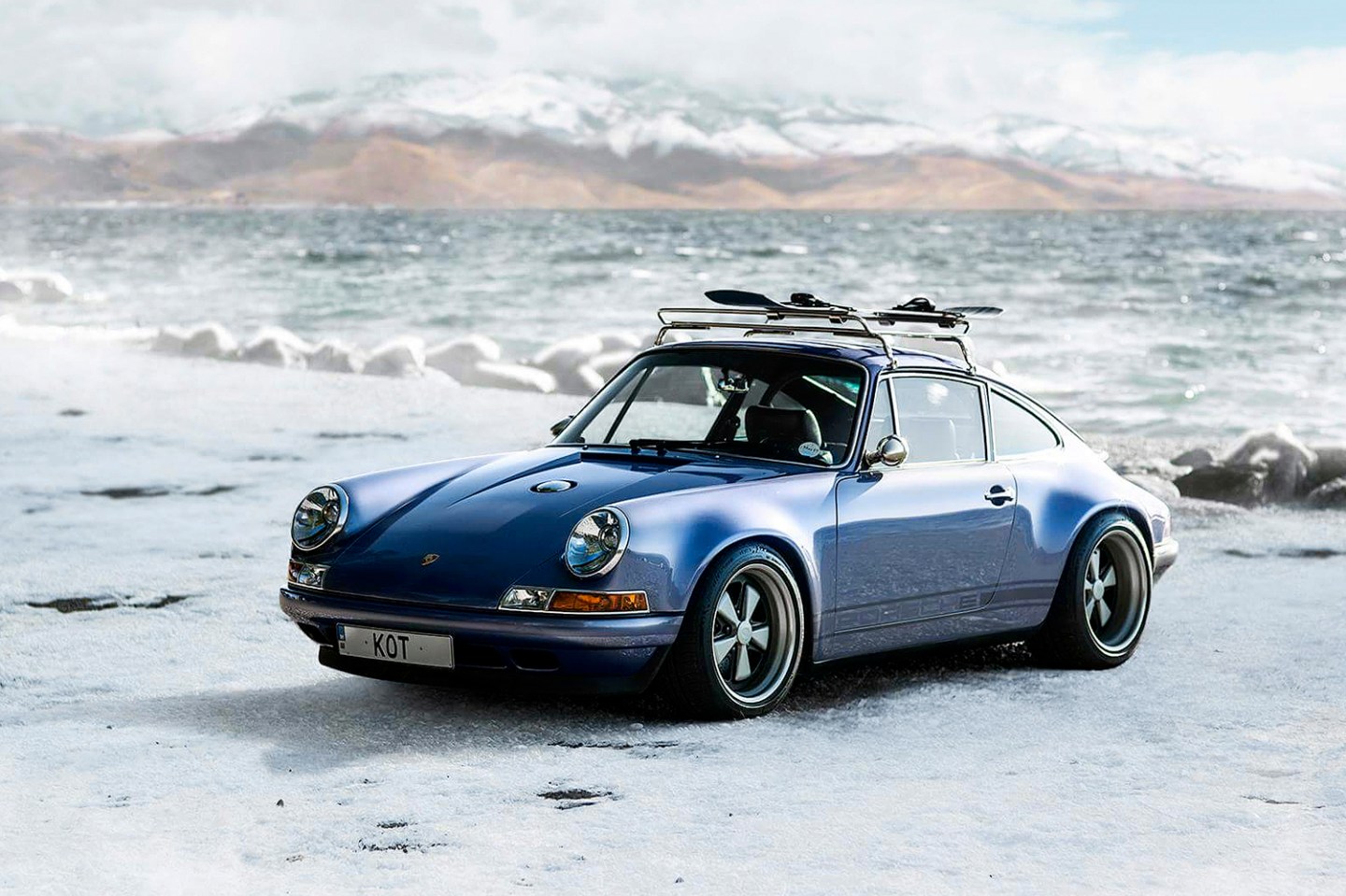 When Rob Dickinson, the lead singer for ’90s British rock band Catherine Wheel, moved to Hollywood in the early aughts, he drove a 1969 Porsche 911 that he lovingly dubbed the “Brown Bomber”—a classic car he restored to serve as a lightweight daily driver. Before long he was approached all over town—not for his autograph—rather to field questions about and receive offers for his car. One especially appreciative motorist even handed him a glass of Champagne at a stoplight.

“Hollywood is a pretty tough audience to impress, and it just proved to me that the fascination that I had for the 911 went deeper than just nerds like me,” Dickinson, 52, recalls from a glass-paneled conference room at his Sun Valley, Calif., office. “What I did appealed to other people—not just Porsche people but average laypeople who have a personal interest in cars.”

Now his eight-year-old company, Singer Vehicle Design (a nod to his previous career, as well as an homage to famed Porsche engineer Norbert Singer), is charging up to seven figures to restore models from the nameplate’s air-cooled golden period of the late 1980s to early 1990s and turn them into the “ultimate 911.”

The final product, a Porsche 911 “reimagined” by Singer, leaves no detail unattended. A new engine, drivetrain, and suspension increase the driving performance, while painstakingly refurbished bodywork and Singer touches like handwoven door panels and quilted leather trunk liners let you know this is a very special car.

After contracting with Singer, customers turn over their “964”-model Porsche 911 (built between 1989 and 1994) and a sizable deposit before the company puts 4,000 hours into restoring, tuning, and customizing it.

Singer Vehicle Design’s basic restoration services begin at $395,000 but average $600,000, “which is still way too cheap,” says Dickinson, “for the assiduous labor and hand-built parts required.” (He does, however, hold a “deep-seated English guilt” over the steep price tag.)

In 2009, Dickinson charged one of his first customers $300,000 and ended up spending $800,000 on the restoration. “I picked a number out of thin air and of course it was nowhere near, and we’ve spent the last eight years really understanding how astronomically expensive it is to do this,” he says, reclining in his unofficial uniform of a black T-shirt, cuffed jeans, sneakers, and a jaunty green Goorin Bros. cap.

The former rock star restoring six-figure Porsches recalls a car-­obsessed childhood underpinned by a curiosity about mechanical objects, heritage brands, and the trappings of the retro international man of mystery: sunglasses, cigarettes, and watches. (The company entered the watch market this summer, launching the $41,000 Singer Track 1 chronograph with Swiss designer Marco Borraccino.) Dickinson’s earliest automotive memory: watching the friendly face and businesslike rear of a green Porsche 911 pass his family’s VW Beetle on a summer vacation in France when he was 5. Ever since, Dickinson says, he’s “had a fascination with the ultimate version of things.”

The opportunity to cross that threshold arrived when a longtime customer asked him to take his 1990 Porsche 911 to the next level. The company began a “dynamics and lightweighting study” with Formula 1’s Williams Advanced Engineering, eventually developing a new engine and full carbon fiber body panels, and making extensive use of lightweight materials with some help from famed Porsche engine-builder Hans Mezger and Norbert Singer himself.

This fall, Singer and Williams delivered on the dream and “re­imagined” the pinnacle of air-cooled Porsches. The modifications, part of a limited run of 75 slated to begin deliveries at the end of 2018, will routinely fetch upwards of seven figures. The first commission, a modern, 500-horsepower sports car with retro flair, makes good on Dickinson’s childhood dream “to restore an old 911 to be the best that there will ever, ever, ever be.”

Even customers who don’t opt for the F1 treatment, however, will continue to receive bespoke service, from 75 paint choices to “special wishes” such as the authentic-looking nickel-plated snowboard rack the company built for a customer in Moscow. “Nobody wrote the book on how to do what we’ve done with the Porsches,” he says, “and no one has really written a book on developing a brand like ours.”

A version of this article appears in the Jan. 1, 2018 issue of Fortune with the headline “Meister Singer.”