Emerging Markets: Why India Stocks Could Be Big Winners in 2018 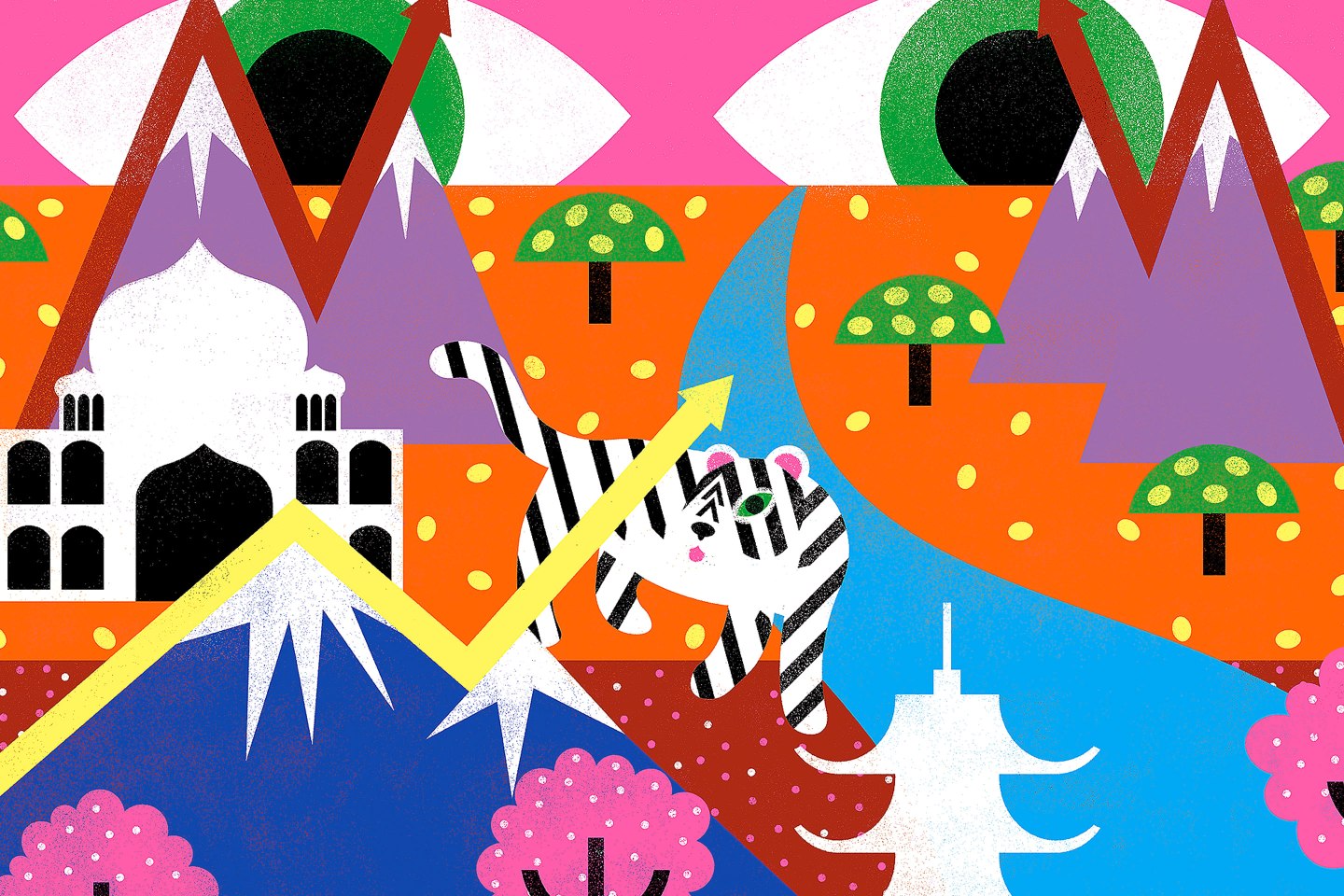 Illustration by Melanie Lambrick for Fortune

At this time last year, many investors feared that a trade-skeptical Trump administration would lead to globalization’s demise and crashes in foreign markets. But no such nightmares came true in 2017. In fact, many international equity markets outpaced the U.S. Driven by stabilizing oil prices and low interest rates, the MSCI World ex USA—which tracks developed markets outside the States—rose 24% over the past 12 months, six percentage points better than the S&P 500 over the same period.

Many money managers expect the trend to continue in 2018. With U.S. stocks riding at high valuations after nearly nine years of a bull market, the world outside is looking less expensive, with the ex USA index trading at 14.5 times forward earnings, compared with the S&P 500’s 18 times. “We still see more upside in emerging markets, Europe, and Japan than in the U.S.,” J.P. Morgan Asset Management managing director Paul Quinsee recently told clients. And that upside looks particularly big in India and East Asia, where newly minted middle-class consumers are helping companies generate big gains for investors. Here are three markets stirring excitement.

Michael Oh, a portfolio manager at the Matthews Asia Innovators Fund, says South Korean companies are capitalizing on the country’s own rising middle class while catering to the far bigger consumer market in China. At the same time, he adds, “South Korea is often overlooked [by investors] for China and India, so the valuations tend to look very attractive.” Oh is upbeat on Samsung Electronics, which he says is three years ahead of its peers in making flash memory products for smartphones and data storage. He also favors beauty-products maker Hugel. That company is making headway in China, the world’s largest beauty market, where consumers tend to be less trusting of domestic brands. The iShares MSCI South Korea Capped ETF gives American investors easy access to South Korea’s stocks; Samsung is its largest holding.

With U.S. stocks riding at high valuations after nearly nine years of a bull market, the world outside is looking less expensive.

A steady diet of stimulative eco­nomic policy has finally had an impact in Japan, where the economy is on track for two consecutive years of growth—a rare feat in recent decades. But many asset managers say investors have yet to take advantage. “Earnings have grown faster than stock prices,” a sign that there’s lots of upside left, says Richard Turnill, global chief investment strategist at BlackRock. Tadahiro Fujimura, CIO of Sparx Asset Management, says that smaller companies, which aren’t chained down by legacy products and old, bureaucratic structures, are in the best position to take advantage of the growth. That category includes DCM Holding, a home-center store not unlike Home Depot. Fujimura expects its earnings to grow about 10% in 2018. Investors can make a broader bet on Japanese small-caps with the WisdomTree Japan SmallCap Dividend ETF, which is up 26% over the past year.

India’s middle class is expected to grow even larger than China’s one day—and they’ll likely want to borrow money. Matthew Benkendorf, CIO at Vontobel Asset Management, likes HDFC Bank, the largest private bank in India, whose earnings have compounded 20% a year over the past decade in U.S. dollar terms. It’s a middle-class play, offering mortgages, small-business loans, and checking accounts to a population that is largely unbanked. Oh, of Matthews Asia, says IndusInd Bank is also poised to capitalize on India’s fast-growing and fast-flowing stream of disposable income.

A version of this article appears in the Jan. 1, 2018 issue of Fortune with the headline “Investors Look to Asia.”