These 13 States Have Hit an Historically Low Unemployment Rate 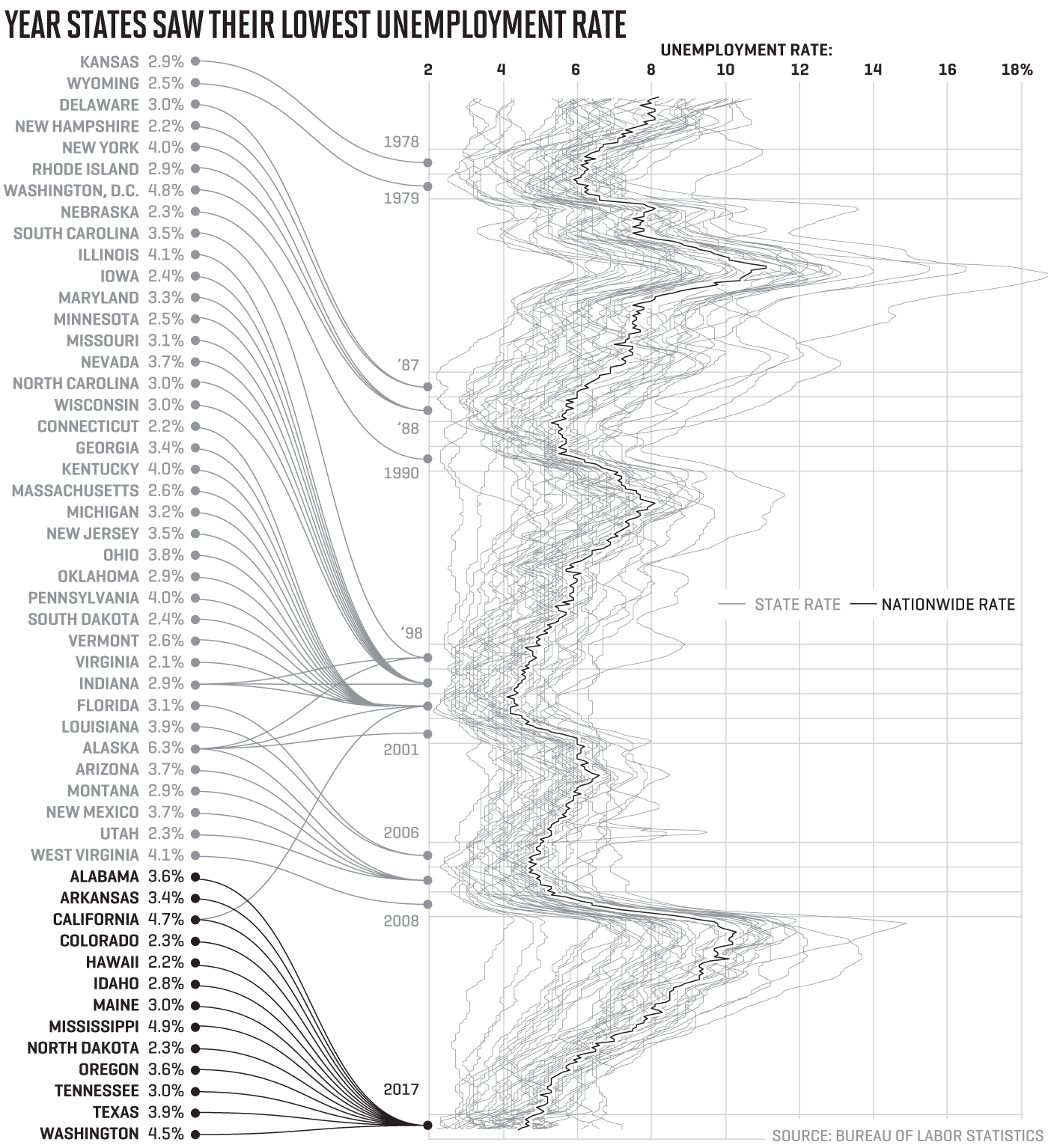 The job market can’t get much tighter. In October the U.S. unemployment rate dropped to 4.1%—the lowest level since December 2000, when it hit 3.9%. October also marked a ­record-setting 85th straight month of job gains, dating back to 2010. That job creation is reaching into virtually every corner of the country. This year a remarkable 12 states have recorded their lowest unemployment rates since the Bureau of Labor Statistics began tracking state figures in 1976, and California matched its previous low. (One outlier is Alaska, with the nation’s highest rate at 7.2%.) The big question: When will wages, up a weak 2.4% annually in October, finally begin to reflect the strong demand for labor?

Hover over lines to display each state unemployment rate.

A version of this article appears in the Dec. 15, 2017 issue of Fortune with the headline “Fully Employed.”