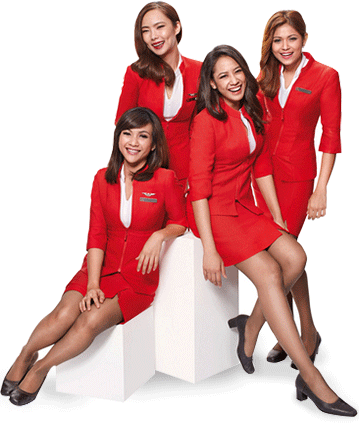 Malaysian legislators this week criticized the uniforms issued to female crew by two Malaysian airlines, calling them “too revealing” and suggesting they conflict with the country’s Muslim values.

Senator Datuk Abdullah Mat Yasim targetted the uniforms of AirAsia and Firefly, a subsidiary of Malaysia Airlines, the Straits Times reported. Abdullah called on the Malaysian Aviation Commission to investigate the issue during debate on an aviation bill in the Dewan Negara, the upper house of Malaysia’s parliament.

Another Senator, Datuk Megat Zulkarnain Omardin, agreed, and added another culprit to the list, saying “My wife is worried whenever I fly alone on Malindo or AirAsia . . . This is a real hassle for me.”

Abdullah replied that he found the uniforms for Indonesia-based Malindo Air acceptable, because they covered attendants’ “sensitive areas.”

AirAsia is Malaysia’s largest airline, with operations across East Asia and India. Though Americans might not see AirAsia or Firefly’s uniforms as particularly revealing, female flight crew members feature prominently in AirAsia’s marketing materials. AirAsia also says its crew “loves to sing and dance.” It should be noted, though, that the airline does have male flight attendants – including one whose racy Britney Spears dance routine on an Airbus A330 went viral earlier this year.

The debate follows comments last week by another Malaysian senator that flight attendants should wear Shariah-compliant uniforms to comport with Malaysian religious standards. Islam is Malaysia’s official religion, though only about 60% of Malaysians are Muslim, and Malaysia touts itself as a tolerant multicultural and multiethnic society.