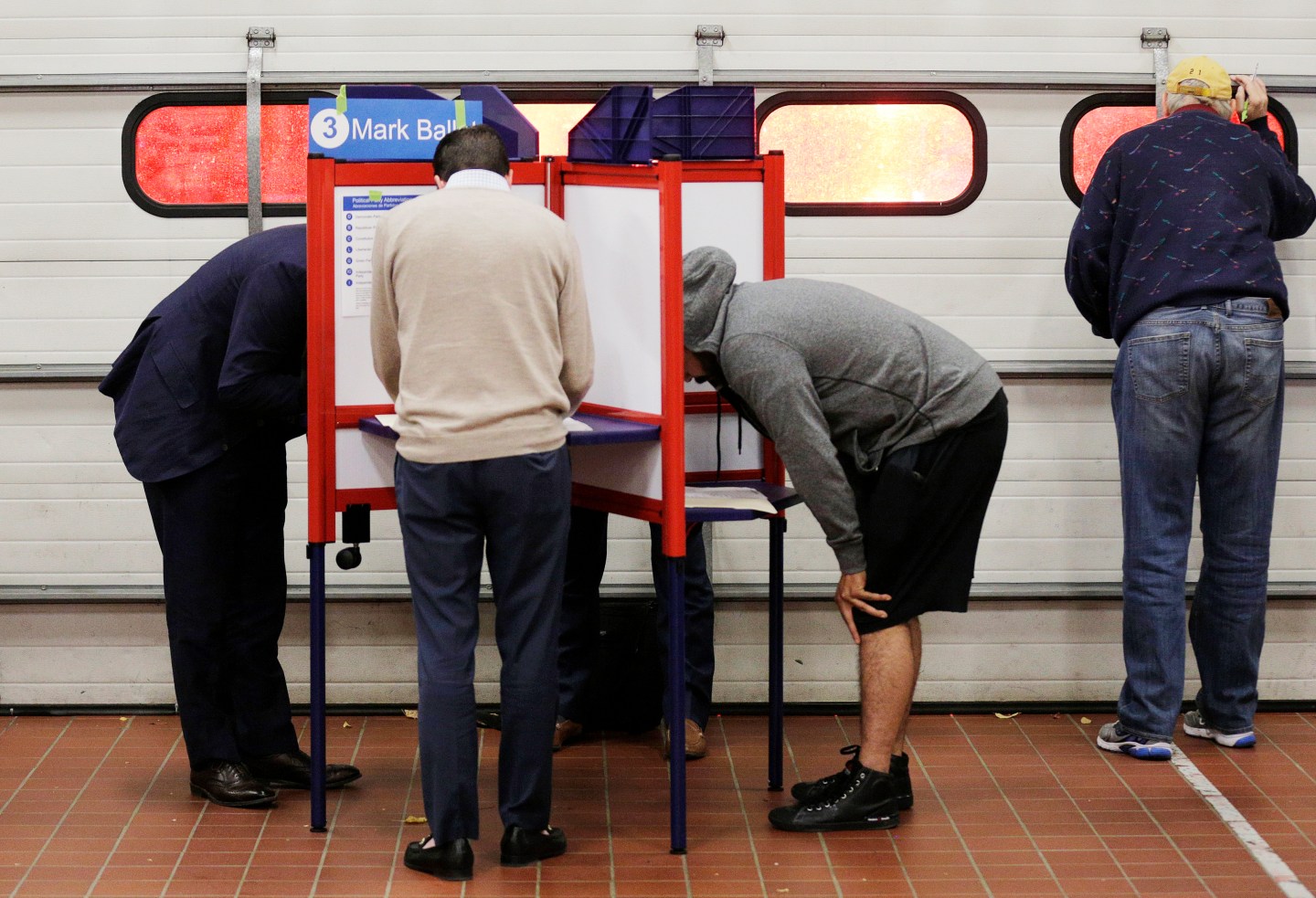 Voters look over their ballots at a fire station while a crew leaves on an emergency call during the U.S. presidential election in Arlington, Virginia, U.S., November 8, 2016. REUTERS/Joshua Roberts - RTX2SMN2
Joshua Roberts — Reuters

After a panel of judges determined that the Republican and Democratic candidates running for a seat in Virginia’s House of Delegates had received the same number of votes, the election could be decided at random.

Because Republicans currently control 50 seats in the body to Democrats’ 49 seats, the random decision could hand Republicans a majority, or leave power evenly split between the parties. The two candidates, Democrat Shelly Simons and Republican David Yancey, each received exactly 11,608 votes, according to a recount.

According to Politico, that’s just how things work under Virginia law. The relevant statute states that in the event of a tie, authorities “shall proceed publicly to determine by lot which of the candidates shall be declared elected”.

“By lot” can mean any number of random methods, including drawing straws, drawing cards, or flipping a coin. Similar laws are on the books in many states, but it’s rare for them to come into effect for state-level offices.

It’s even rarer, certainly, for a coin toss to determine the balance of power for an entire state. Politico reports that, among other issues, the outcome of the contest between Simons and Yancey could determine the fate of Democratic efforts to expand Medicaid in the state.

Virginia’s State Senate is controlled by a Republican majority.