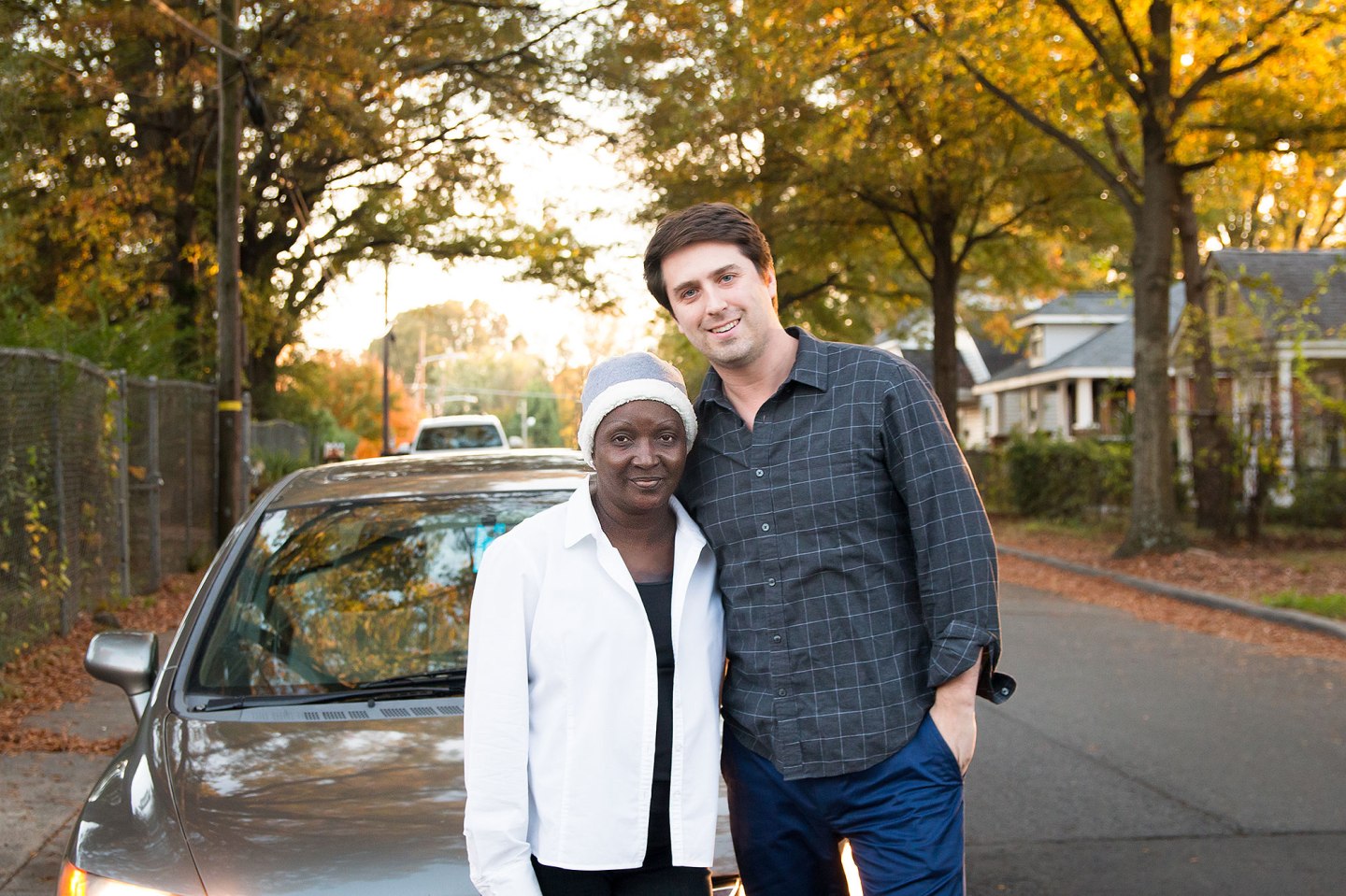 Zach Bolster was living the good life in New York City last year when his world turned upside down. In a matter of months, the 35-year old went from having a lucrative career on Wall Street to creating and running a non-profit in a small town outside of Charlotte, North Carolina. All because of his mom.

Bolster was the vice president at a successful hedge fund. His then fiancé Patricia Wu, 36, had a successful career in real estate.

“I was in New York living my life and we were both intensely focused on our careers, but we were really happy. But then my mom got diagnosed with stage four pancreatic cancer and we dropped everything and moved in with my mom. We were all focusing on getting my mom better.”

Bolster’s mom Gloria had a pain in her shoulder. She thought it was a pulled muscle. That was the only clue that her cancer had returned. (She survived breast cancer in 2001.)

Bolster says his mom was the glue that kept their family together.

“She spent her life helping everyone. She had an important career, she was an athlete… but she was always the one helping all of us,” Bolster tells PEOPLE.

They had no idea how long she had left, but they knew it wasn’t a good prognosis. It turned out to be not nearly long enough.

“After about six weeks she passed away, it was really quick. My first week in town with her we went on a two-mile walk – went for a kayak ride – that was the last good day that she had,” he says.

While she was still fighting, Zach, Patricia and the rest of the family went with Gloria to every chemo treatment and they noticed how different Gloria’s experience was from most others.

“My family was shocked by how many cancer patients had difficulty getting to their chemotherapy treatments. We soon realized what a huge financial and family burden transportation during cancer treatments can be. Some patients resorted to riding the bus, others, unfortunately, missed their treatment altogether.”

Bolster started volunteering as a driver to get patients to treatment, but quickly realized it wasn’t the best system. Patients had to request rides days in advance and there was a lot of wasted time. His older sister joked that offering them Uber rides might just be easier. Bolster knew she was on to something.

Using their own money, Zach and his now wife, Patricia, started the organization that uses software that integrates with Uber and Lyft to get cancer patients safe, on-demand rides to and from their treatments. They work with treatment centers to identify patients that might need a lift and ChemoCars monitors all the rides to make sure people get there and back safely. In the eight months since they started, they’ve given away more than 2,000 free rides.

Patricia Curry, 58, is a regular rider. The single mother of two was diagnosed with breast cancer late last year. She’s in her second round of chemo and just finished radiation treatments. She can no longer work and her doctors told her it wasn’t a good idea to drive. She was getting rides from her niece and nephew but running out of options when she heard about Bolster and ChemoCars.

“He is such an extraordinary man, such a sweet guy,” she tells PEOPLE. “There have been a couple of times where I haven’t been feeling well and I forget to call for a ride and he’ll check in and call to see if I need a car.”

Cancer nurse navigator, Pam Gwaltney, says it breaks her heart when her patients can’t get to the treatment they need. “ChemoCars gives patients a chance to do something for themselves. They rely so much on family that this means they can use family or friends for other things and – not for the daily chore of getting treatment,” she says.

Alan Staten was riding the bus to his treatments- a year of both chemo and radiation – when he learned about ChemoCars.

“I was doing maintenance at a school when I got sick and couldn’t afford to fix my car. I would take the bus to chemo and I would be tossing and turning in my seat the whole way. This is so much better, it takes the stress off of me.”

Bolster quickly realized that ChemoCars is essentially a technology company that happens to be a non-profit. And like the true businessman he is, he already has big plans to grow the company. He’s hoping to take it nationwide.

Curry adds, “It’s such a beautiful thing when you lose someone close to you to then reach out and help someone else in her honor. He’s just a godsend.”

Bolster and Wu got married over a month ago and have been living with his dad, working to grow ChemoCars.

He says ChemoCars is all about honoring his mom.

“We just want to help people and we got so excited by this idea and we believe in our ability to execute it. We think it’s a worth a shot,” he says. “We’re working really hard and it feels great to help people. We’re doing this for my mother.”