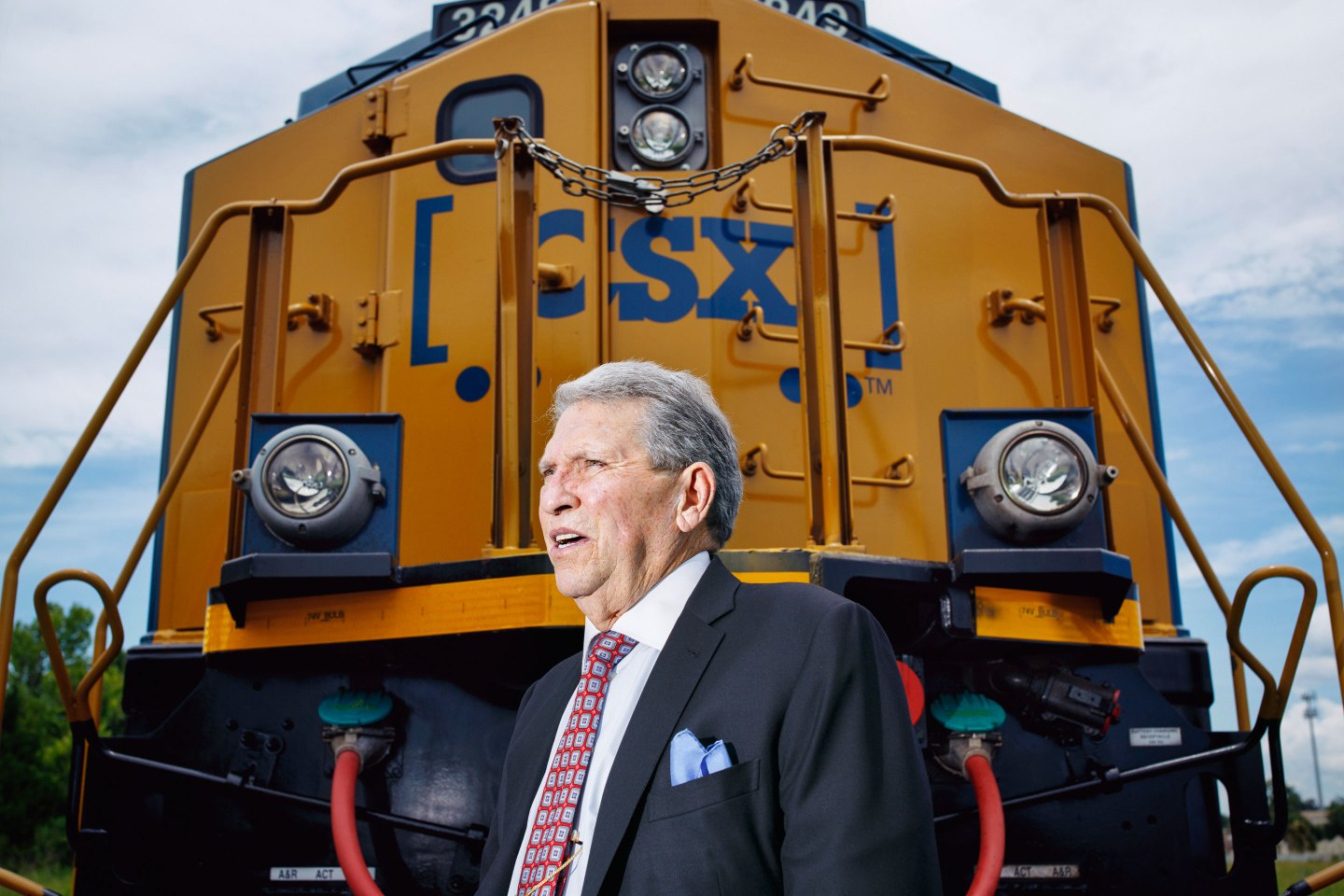 Photograph by Melissa Golden for Fortune

CSX CEO Hunter Harrison has died, the company announced on Saturday. He was 73.

Harrison’s death comes just a day after the transportation company announced that he had been placed on medical leave due to an unspecified illness, causing shares in the nation’s third-largest railway carrier to plummet. Harrison died in Wellington, Fla., from “unexpectedly severe complications from a recent illness,” according to CSX’s announcement.

The railroad veteran was placed at the helm of CSX less than a year ago, and was set to be paid $300 million for his work. Harrison had promised to turn around CSX, and by August had succeeded in increasing the company’s valuation to $46 billion, a 36% increase since he took the reigns in March.

Without the transportation titan at the controls, the fate of CSX is unclear. Jim Foote, formerly the company’s chief operating officer, has been named acting CEO, according to the company announcement.

“With the passing of Hunter Harrison, CSX has suffered a major loss,” Chairman of the CSX Board of Directors Edward Kelly III said in a statement. “Notwithstanding that loss, the Board is confident that Jim Foote, as acting Chief Executive Officer, and the rest of the CSX team will capitalize on the changes that Hunter has made. The Board will continue to consider in a deliberative way how best to maximize CSX’s performance over the long term.”