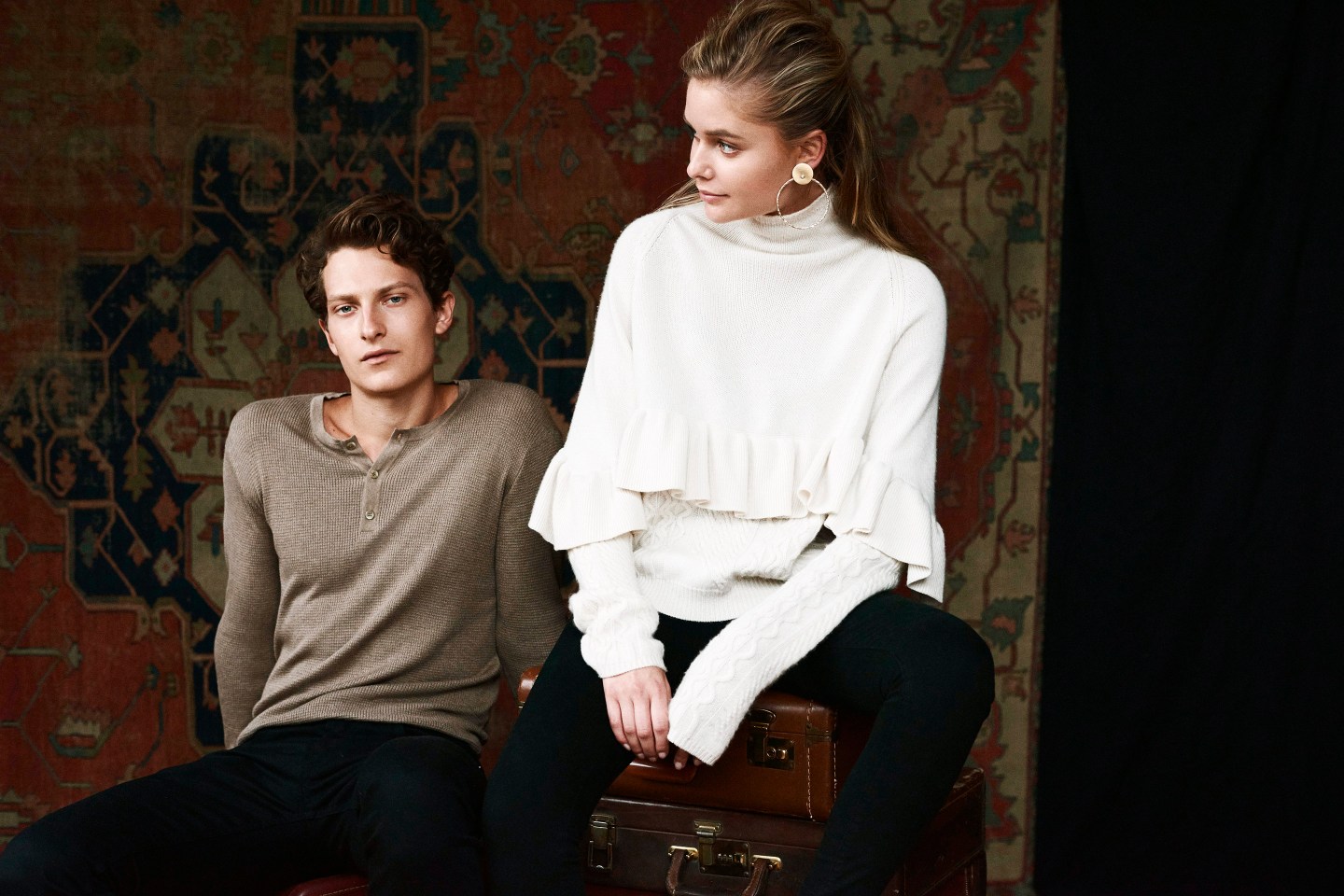 Cashmere, a fabric that remained the exclusive domain of European nobility in the 19th century, is now as ubiquitous at fast-fashion retailers at it once was in royal palaces. As a growing global middle class demands more—the market was estimated at $4.7 billion in 2016, according to Bain & Co.—retailers are keeping pace and using quantity to drive down prices. As this story went to print, H&M was selling cashmere sweaters for $20 (on sale), while Uniqlo’s standard price for the item was $80. Not the price tags you expect to see for what’s traditionally been considered the finest of fine fabrics. But then again, are they truly luxe?

The answer, according to Ronnie Lamb, a 30-year textiles industry veteran and cashmere supply-chain consultant, is a resounding no. Any sweater priced in the double digits, Lamb says, is unlikely to be fit for an empress.

The high price is due to the strict guidelines for what constitutes cashmere: The fiber must come from the undercoat of the cashmere goat, indigenous to a tiny portion of northern Asia, as well as be very, very fine—with a diameter one-fifth the size of a human hair. But what’s marketed as cashmere today is often not the real thing, and it’s not uncommon for Chinese herders to crossbreed cashmere goats with bigger species of the animal in hopes of yielding more hair. The result is, predictably, a less fine fiber.

So luxury goods companies have increasingly opted to source their cashmere not from China but rather from its northern neighbor, Mongolia. As a result, that nation’s exports of cashmere garments have nearly tripled from 2009 to 2016, according to a 2017 report by the Mongolia International Capital Corp. (MICC), a regional investment bank.

This increase in demand is both a gift and a curse for nomadic herders, who make up about 50% of the population. Cashmere goats are by far the most lucrative of livestock, but keeping up with booming demand is proving unsustainable. Herders have at least doubled—if not tripled—the size of their flocks over the past decade, says William Danforth, author of the MICC report. The resultant overgrazing, combined with climate change, has led to desertification, seriously endangering the cashmere trade—and with it, the nomadic way of life.

The Mongolian government is ill-equipped to handle the classic tragedy-of-the-commons problem, so private international actors are stepping in. Paris-based Kering Group, which owns brands like Gucci, Yves Saint Laurent, and Balenciaga, is partnering with nonprofits to develop more sustainable models for cashmere production. The group’s focus is educating herders on pasture management and animal welfare, but there is much work to be done further down the supply chain.

Cashmere manufacturing is a complex ecosystem riddled with middlemen who sell the processed fabric for $150 per kilogram, while herders themselves get only $20 of that. Tackling this particular issue are ­Matthew Scanlan and Diederik Rijsemus, the cofounders of cashmere startup Naadam. Neither has a background in fashion or textiles—Scanlan worked in finance, Rijsemus in economics—but Lamb, who advises the company, says that has proved to be an asset in the 1,000-year-old industry. “Naadam really is the vanguard there.”

The company was founded in 2014 when American Scanlan decided to pay a visit to his Dutch friend Rijsemus in the Mongolian capital, Ulaanbaatar, where the latter was interning. One day, Scanlan says, the duo hopped in a car with two locals, thinking they would be going to the Mongolian countryside for a weekend; they ended up living with a family of goatherds in the Gobi desert for a month. When they came back West, they made it a mission to help the people who had housed and fed them.

After experimenting with different business models, the two decided the best way to help the herders was to get them more money by streamlining the supply chain and cutting out the agents. Thus, in 2015, Scanlan, the company’s CEO, loaded $2.5 million in loaned cash in the back of an SUV and drove back to the desert. He bought as much cashmere as he could—60 tons—and paid about $35 per kilo (a 75% premium) to get his pick of the best material, betting that by selling direct to consumers at a lower price point, Naadam could compete with industry mainstays like Loro Piana.

That bet looks as if it will pay off: The already profitable company’s revenues are projected to be $20 million this year, a 400% increase over 2016. And the company is ready to scale, Scanlan says, with a plan to raise $5 million to $10 million in venture capital in early 2018. Another signal of success—newcomer Leimere launched in the spring, making the same promise of a leaner supply chain and lower prices. But the competition doesn’t faze Scanlan; in fact he embraces it: “The more successful we are, the more successful our competitors, the sooner we can turn the entire industry upside down.”

A version of this article appears in the Dec. 15, 2017 issue of Fortune with the headline “Unraveling the Cashmere Conundrum.”