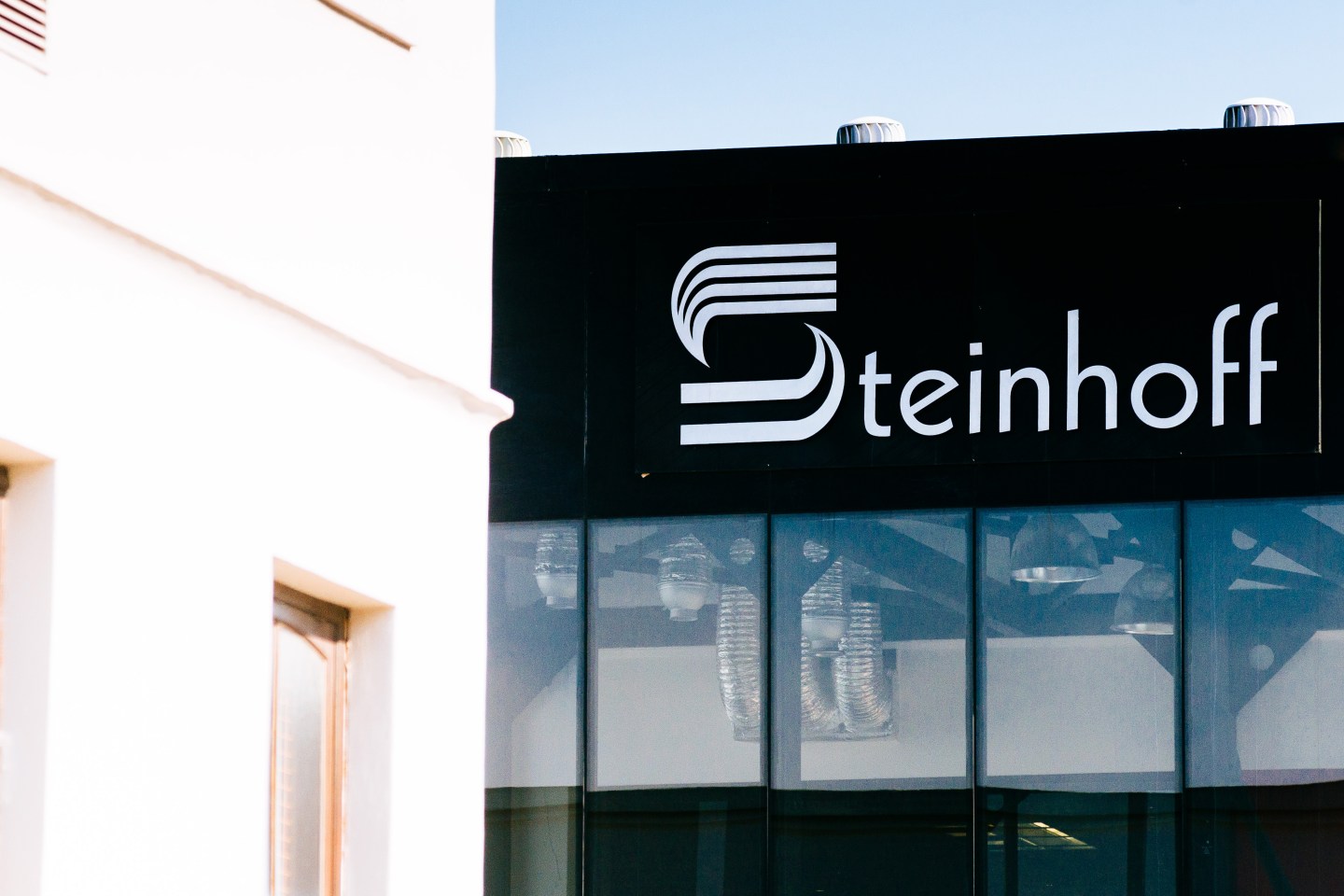 Shares in Steinhoff International, the South African retail group that owns mattress chain Sleepy’s, lost more than half their value Wednesday after its chief executive resigned and it postponed the publication of its full-year results due to suspected accounting irregularities.

The company said late on Tuesday that CEO Markus Jooste had resigned with immediate effect after the discovery of new information prompted the company’s supervisory board to ask consultants PwC to perform an “independent investigation.”

“The Supervisory Board of Steinhoff wishes to advise shareholders that new information has come to light today which relates to accounting irregularities requiring further investigation,” it said in a statement.

The furniture retailer postponed its results announcement and a webcast scheduled for Wednesday until further notice.

Jooste had been at the helm of Steinhoff for nearly 20 years and oversaw its expansion from a furniture manufacturer in South Africa to one of the largest household goods retailers in the world.

Jooste had sought a strategic breakthrough in the U.S. market with the acquisition of Mattress Firm, the company behind Sleepy’s, in 2016 for $2.4 billion, a price that struck many analysts at the time as inflated at a time when the market for bedding was being disrupted by startups such as Casper. Steinhoff also subsequently incurred heavy costs from cancelling a long-term contract with mattress maker Tempur Sealy.

Billionaire Christo Wiese, Steinhoff’s largest shareholder and chairman, will take over in an executive capacity on an interim basis, the group said Tuesday.

Steinhoff, which has its primary listing in Frankfurt, said Wiese would “embark on a detailed review of all aspects of the company’s business with a view to maximizing shareholder value.”

Steinhoff has also been under investigation for suspected accounting irregularities by the state prosecutor in Oldenburg, Germany, since 2015. Steinhoff has said that was a tax case relating to whether revenues were booked correctly, and taxable profit correctly declared. Its 2016 accounts were prepared by the South African arm of Deloitte.

It is unclear what accounting irregularities the company was referring to in its statement on Tuesday. A spokesman declined further comment and attempts to contact Jooste were not successful.