PHOTOS: The Incredible Advances We’ve Made in the War Against HIV on World AIDS Day 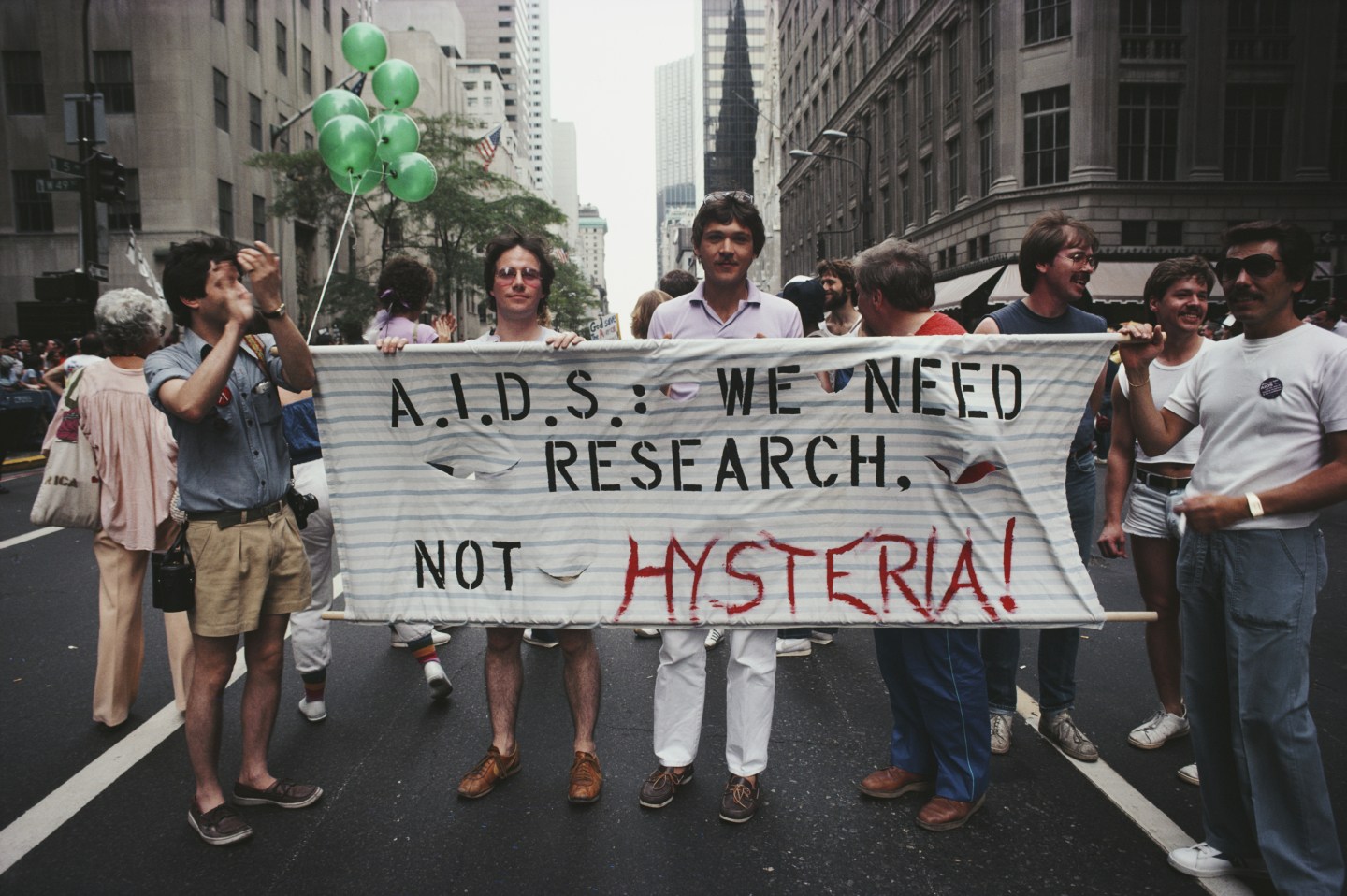 Friday marks World AIDS Day, an occasion for recognizing the myriad struggles, successes, and work left undone—societal, political, and medical alike—in the battle against HIV infection and the immune system-compromising disease it causes, AIDS. The overall story has been one of promise over the last few decades. Consider: the arsenal of effective (and less risky) HIV medicines has ballooned, the stigma associated with the disease has declined (although, as activists note, much work remains to be done on that front), and awareness campaigns centered on HIV/AIDS have gone from what was a fringe movement just 30 years ago to a cause championed by top public figures and companies around the world.

There was a point when an HIV diagnosis meant preparing for the worst. Countless stories shared on World AIDS Day by survivors and patient family members describe Americans who, ignored by the political class and facing a dearth of treatment options, simply accepted HIV and AIDS as a death sentence just three decades ago. But the rise of drugs that can keep HIV infection in check or prevent it altogether with fewer patient side effects has helped turn the scourge into a relatively manageable chronic condition for many in America (albeit not for everyone, and one that can still come with steep financial costs).

Companies like U.S. biotech giant Gilead and the U.K.’s GlaxoSmithKline (the majority stakeholder in global HIV partnership ViiV Healthcare) have developed drugs that drastically lower the chance of HIV infection—or which simply lower the number of drugs you have to take to treat it, consequently curbing the risk of toxic side effects while simplifying medical regimens. For instance, just last month, the Food and Drug Administration (FDA) approved ViiV’s Juluca, the first-ever treatment for HIV-1 that contains just two drugs (rather than the three or more involved in most HIV therapy cocktails). And then there’s the prevention avenue. Taking Gilead’s Truvada, a pre-exposure prophylaxis (PrEP) treatment, has been found to reduce the chance of contracting HIV by more than 90% by the Centers for Disease Control (CDC). Cutting-edge companies are also working on ways to treat HIV through under-the-skin implants that ensure patients are taking their medicine or even targeting the infection through cutting-edge genetic technologies.

These medical advances have helped bring new HIV infection diagnoses in some of the most historically afflicted regions, including New York City, to record lows, according to recent CDC reports. But about 15% of the 1.2 million Americans infected with HIV in 2015 didn’t know they carried the virus, illustrating just how much work still remains to be done on the public health front. And the issue of financing—making sure that patients who need these life-changing drugs can actually afford them—will continue to be a hot button issue.