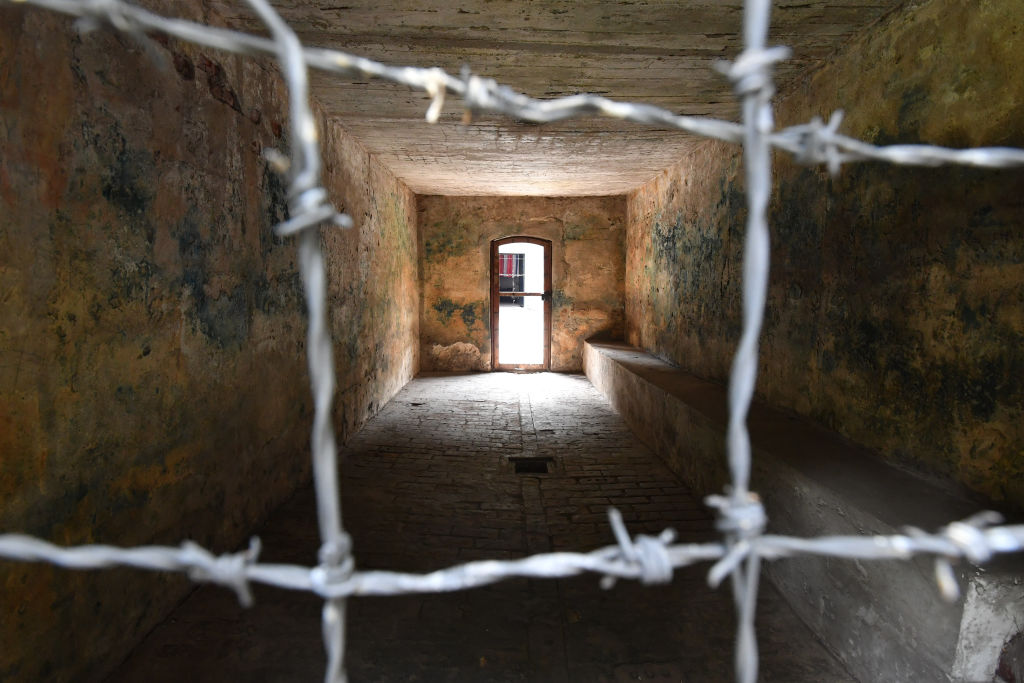 Back in 1999, Polish artist Artur Żmijewski shot a controversial video of naked men and women playing tag in a gas chamber.

The piece was not displayed until 2015 in an exhibition at the Museum of Contemporary Art in Krakow, called “Poland—Israel—Germany—The experience of Auschwitz.” According to The Times of Israel, the exhibition was about “the former Nazi death camp’s impact on public discourse,” and was endorsed and sponsored by the Israeli Embassy in Poland.

At the time of its display, the installation drew harsh criticism from Jewish groups and community leaders and was then pulled by the museum. But the museum later chose to reinstate it, citing freedom of artistic expression.

This week the video was suddenly back in the news. Why?

While the video was seen as objectionable at the time of its initial display, the artist did not divulge the location of filming. Researchers recently revealed that Żmijewski’s piece was in fact filmed inside the Stutthof concentration camp in Poland—where 65,000 people were killed—drawing renewed criticism.

On Wednesday, the Organization of Holocaust Survivors in Israel, the Simon Wiesenthal Center, and several other Jewish groups sent a letter to Polish President Andrzej Duda seeking an explanation. The signatories asked whether the artist obtained “permission from the Stutthof administrators to make this video, what rules exist for proper conduct at the site, [and] how these are enforced.” They also asked whether an investigation of the circumstances of the making of the video had been carried out.

The letter was critical of the fact that “no comment or word of critique was heard from Polish official sources regarding the video,” and asked President Duda to “clearly, properly condemn this so-called artwork.”

Efraim Zuroff of the Wiesenthal Center told the BBC that the installation had been banned in Germany and was taken down in Estonia, but accused Poland of “apparent indifference.”

“This is a problem that needs to be addressed,” he said. “If people are not sufficiently sensitive to the terrible acts of the Holocaust and do not respect its victims then proper conduct in the sites in Poland cannot be properly secured.”

The Polish government has not yet issued a response.