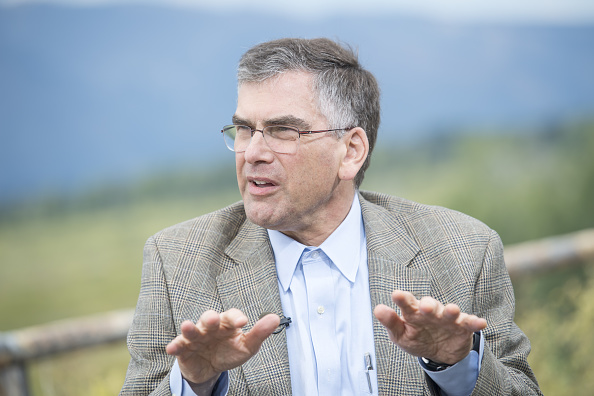 The nomination, if confirmed by the Senate, will help ensure the 7-member board of governors keeps at least four of those seats filled following the announced departure of Fed Chair Janet Yellen once her predecessor, current Fed Gov. Jerome Powell, is approved by the Senate.

Along with Powell, Goodfriend would join recently appointed Vice Chair for Supervision Randal Quarles, and Fed Gov. Lael Brainard, atop the world’s most influential central bank.

For more on the Federal Reserve, see Fortune’s video:

A former economic adviser in the administration of President Ronald Reagan and research director of the Richmond Federal Reserve Bank from 1993 to 2005, Goodfriend is arguably the most conservative of Trump’s Fed appointments yet.

He has been critical of some recent Fed practices including the purchase of mortgage backed securities. He has also argued that the central bank should invite more oversight from elected officials, including getting a congressional sign off on its 2 percent inflation target and more discussion of how its policy decisions line up with a “reference rule.”

Those ideas are likely to find favor among conservatives on Capitol Hill who feel the Fed has accumulated too much influence.

But his writings have also defied easy description. He has argued the benefits of negative interest rates, for example, as a way to give central banks more flexibility to combat crises, rather than having to resort to unconventional means like bond buying after rates are cut to zero.

Perhaps most significantly, he will bring recognized academic credentials to a Fed board that is losing Yellen, a recognized expert on labor markets, and in October lost Vice Chair Stanley Fischer, one of the intellectual forces behind modern central banking.

Powell, a lawyer, was lauded by Trump for his private sector experience, but also will be the first non-economist to run the Fed since the 1970s.

Goodfriend will bring to the board background in many of the same debates and intellectual fights, over inflation targeting and other issues, that Fischer and Yellen have participated in over the years.